As spring convocation wraps up, six U of T graduates offer advice to future students 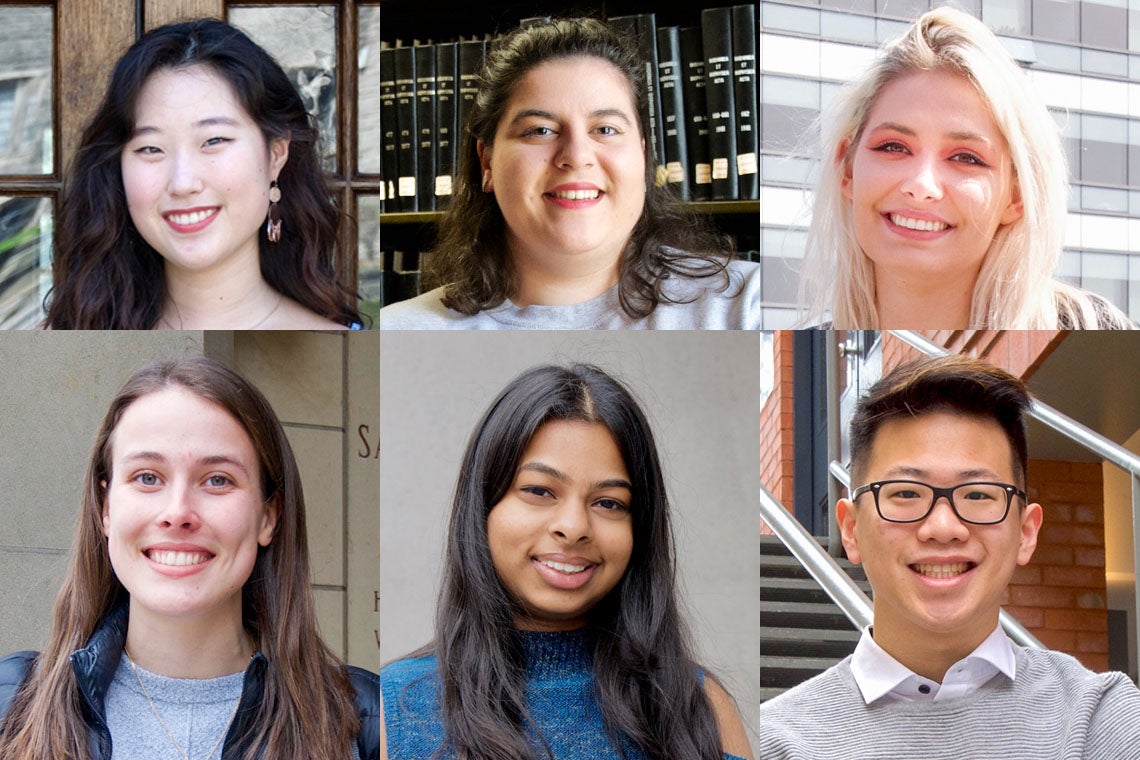 The parades of smiling graduates going to and from Convocation Hall are almost over. The crowds of family and friends snapping selfies on front campus will soon be a memory – that is, until the next cohort of students celebrate their big academic milestone in the fall.

But before the University of Toronto’s most recent graduates set off for exciting careers or further study, we asked six from the Faculty of Arts & Science to pass along advice to current and future students.

Each brings a different perspective from a different college, and majored in subjects as diverse as cell biology and criminology. 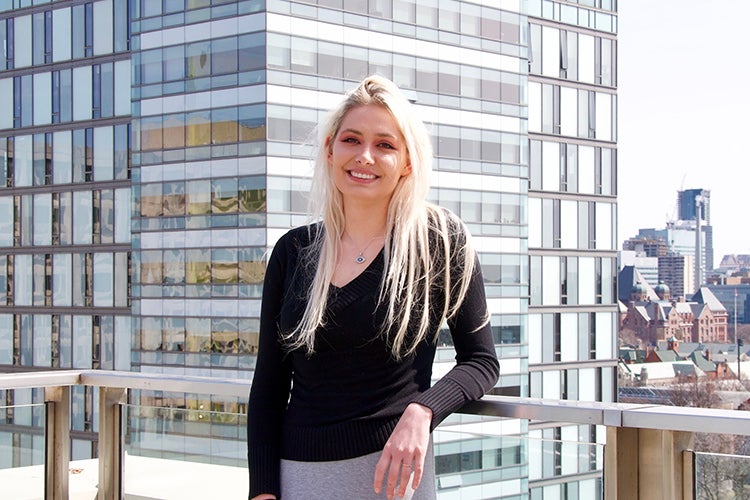 Talise Beveridge says many students get caught up in a routine in which they cycle between home, class and the library.

But as a U of T student, Beveridge’s life consisted of much more than that. She spent a summer abroad at Oxford University, the same place where she will be pursuing a master’s in English and American studies.

She had on-campus jobs at the Athletic Centre and as an exam scribe and reader for students with accessibility needs. She did community work with her sorority and volunteered through the student experience mentorship program.

One of her most memorable experiences was being an undergraduate fellow at the Jackman Humanities Institute. The research position allowed her to delve into historical FBI archives and study a 1960s counter-intelligence program in which federal authorities secretly – and sometimes illegally – surveilled domestic political groups like the Black Panthers, Communist Party and anti-Vietnam War movement.

Speaking from experience, she tells current and future students to find interests outside school. “A lot of students get into a bubble of going from the library to class, to their house, and they get wrapped up in their schoolwork,” she says.

“I think I’ve become more invested in my schoolwork because I’ve removed myself from it often.”

“If you feel like your student experience is lacking, I would encourage you to volunteer or get a job on campus. You’ll meet people you wouldn’t otherwise come into contact with. Remember that you’re not only a student, you’re also a community member. That’s a very grounding thing to think about. It helps you realize you’re not just here for school.” 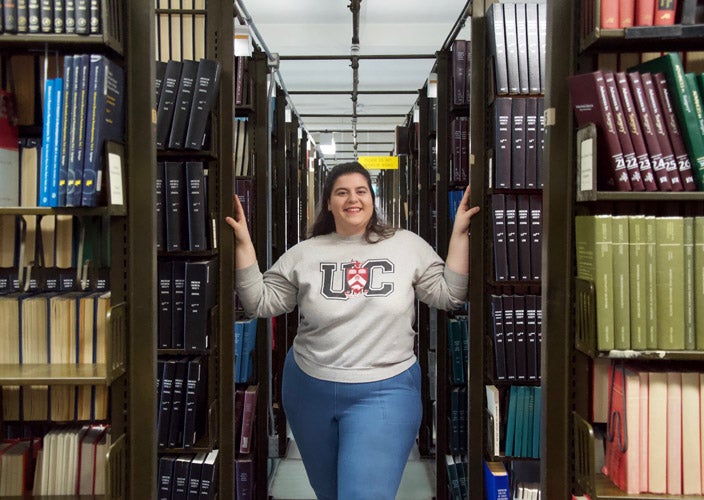 Kaitlyn Ferreira’s majors in cell and systems biology and human biology gave her insights into human health at varying scales, from the microscopic to broader views of health and disease.

But the most valuable skill, she says, was learning to adapt when things don’t go as planned.

As a University College orientation leader and peer mentor, she’s thought a lot about what she would tell the students coming behind her. “Enjoy the failures as much as the successes,” she says. “This sounds really out there at first, but trust me, it works.

“In any moment of failure you’re going to be really upset and just want to curl into a ball. And that’s OK, you can do that – but after that, you’re going to roll your sleeves up, crack your knuckles and get back to work.

“When you look back in a week or a month or a year, you’ll see that that moment of failure made you a stronger person, a better student and opened you up to other possibilities that you wouldn't have had if you succeeded in the first place.” 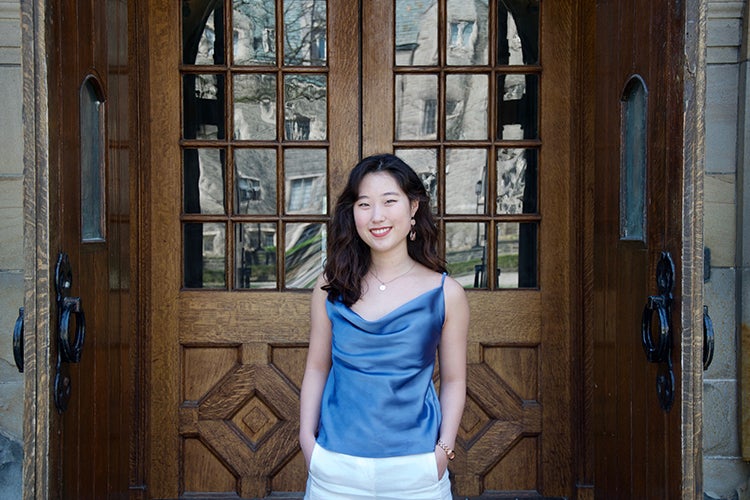 Trinity College’s One Program of small seminars sparked Gina Kwon’s interest in social justice and led her to major in ethics, society and law.

Her passion for the subject motivated her to apply for an international scholarship to assist a researcher at Australian National University. The researcher is exploring Indigenous communities’ disputes with mining companies trying to operate on their land without consent.

“I realized how little I knew about Indigenous-settler relations today,” Kwon said. She added that the research placement broadened her perspective and gave her new cross-cultural insights.

To the next generation of students, she says: “Be honest about the things you don’t know. It’s OK to not know. We’ll always be learning.”

Kwon is heading to Cambridge University this fall to pursue a Master of Philosophy in environmental policy. 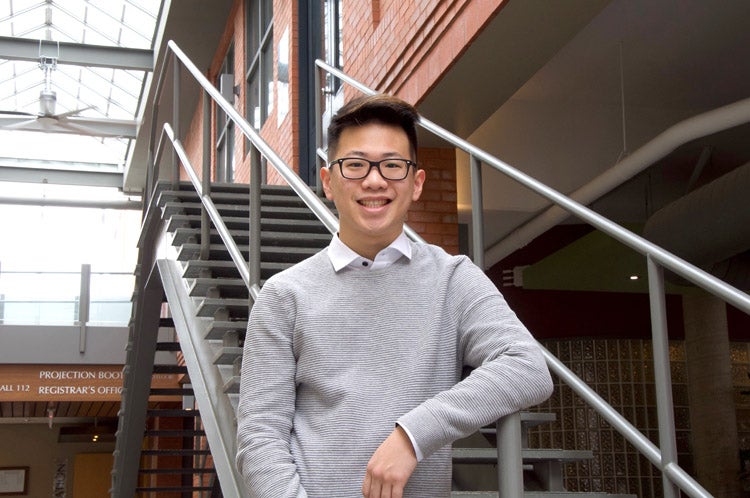 Music plays an important role in Ethan Kim’s life, so it’s no surprise it was a defining feature of his time at U of T. He was a regular at Innis Jamz, a bi-monthly jam session for musicians at U of T’s small and tight-knit college, and was co-director of the Innis College Choir, where he met most of his friends. He also worked on a musical adaptation of Moby Dick with students from other colleges.

On top of that, he started a podcast called Lecture Me Not in which he interviews professors to highlight their personalities and break down the barrier between student and teacher. “Listeners learn about the professor’s life journey and how they got to where they are,” Kim says.

His research focus over the last four years was drug addiction. “We’re hoping to find a switch that turns off drug addiction,” he says, adding a discovery that could help resolve the opioid crisis.

If he could time-travel back to first year, he would tell himself – and, by implication, other first-year students – to worry less.

“Don’t be scared of the future. If you keep working, you’ll eventually get there,” he says. “Don’t worry about other people’s expectations. As long as you meet your own expectations, you’ll be OK. And sleep more. Definitely sleep more.” 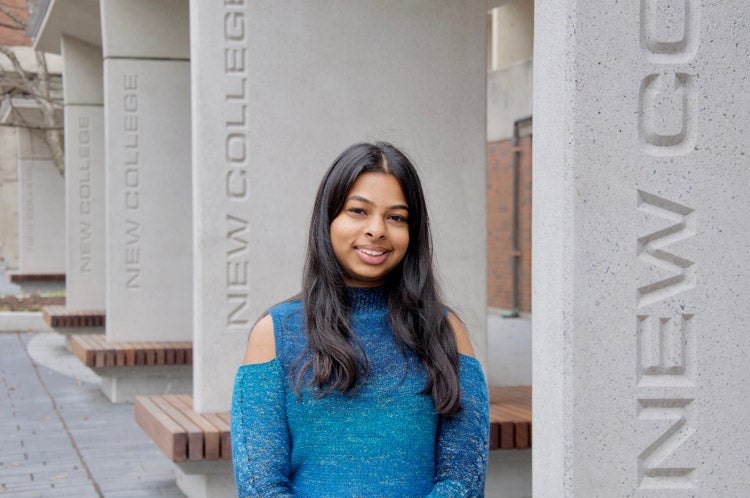 Shweta Mogalapalli had a foot in the door with one of the world’s largest companies even before graduating.

She interned twice at Microsoft’s Seattle office and plans to join their Azure IoT team as a full-time engineer after convocation.

She made the most of her university experience as a computer science peer mentor, student ambassador and president of U of T Hacks, a 36-hour hackathon that’s entering its seventh year.
As a mentor, she gave students the advice she would have wanted to hear in first year.

“My advice for students is to not hesitate to reach out for help,” she says.

“Professors, TAs and even upper-year students are always willing to answer questions and help in any way they can. And take advantage of the vast number of events hosted by computer science and other clubs on campus to meet people and make meaningful connections. Networking is very important – not only for career development, but also personal growth.” 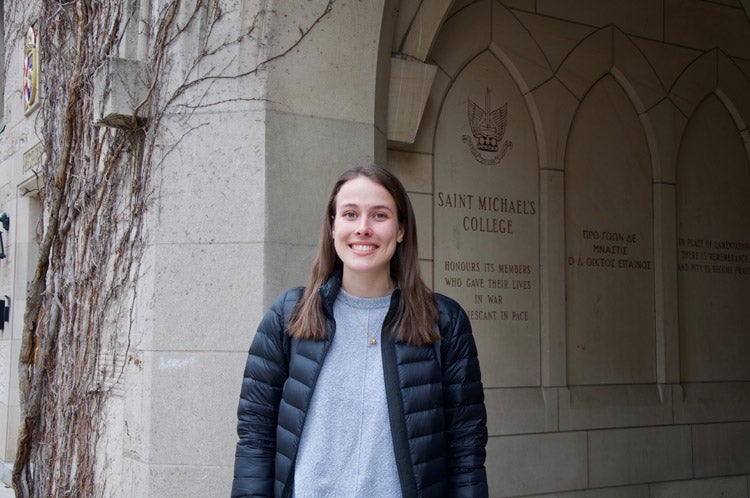 It may seem daunting to juggle varsity sports with exams, assignments and labs.

But for Natasha Klasios, playing striker for U of T’s Varsity Blues soccer team while keeping up with school was never a chore. In fact, her efforts on the field contributed to her success in class, she says.

“My Varsity Blues experience taught me how to deal with adversity, and that talent and hard work are necessary for success,” she says.

She won several awards including the Silver T and U Sports Academic All-Canadian Award during her four seasons with the Blues, and represented Canada at the 2017 FISU Summer Universiade in Taipei.

She didn’t just travel for soccer. As an undergraduate researcher in Assistant Professor Chelsea Rochman’s lab, Klasios went to California to collect samples for her undergraduate thesis, which focused on whether mussels and clams in San Francisco Bay ingested microplastics.

To the undergraduates who have yet to don convocation robes, she says: “Get involved. There are so many opportunities available, take advantage of them. U of T is a big school, but I was able to make the most of my time by getting involved in academic research and with the Varsity Blues community.”