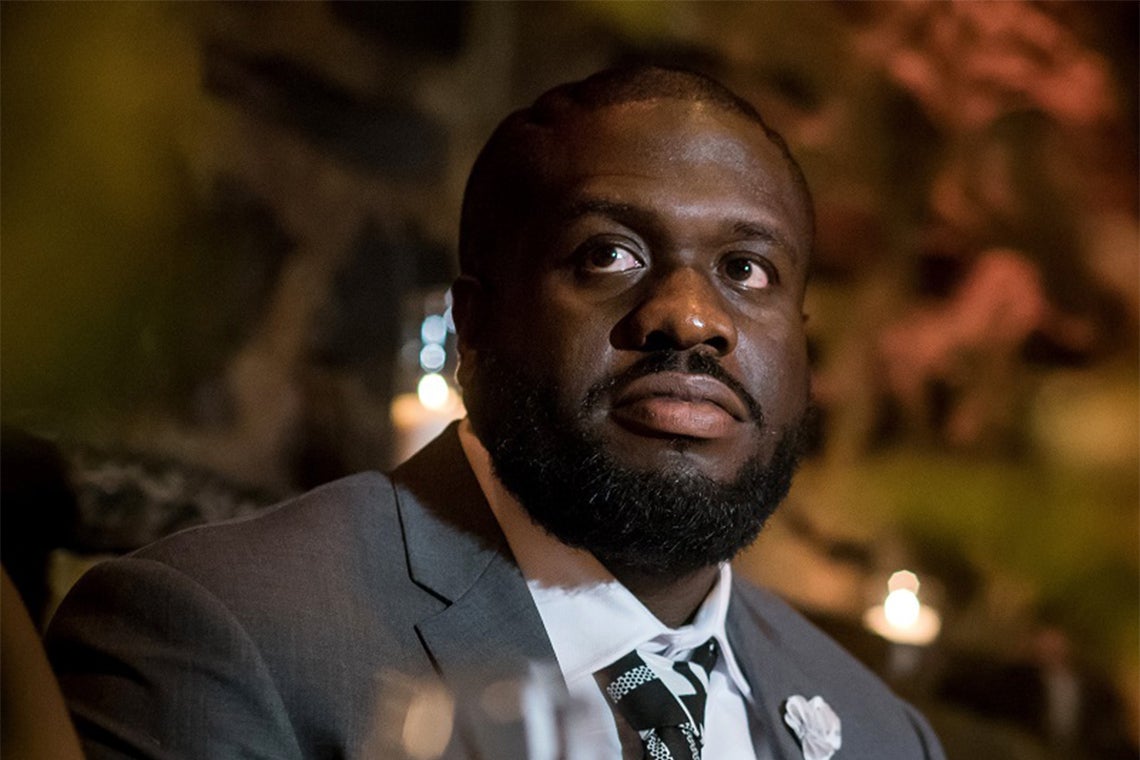 Julius Lindsay advises graduates to "just get your foot in the door," noting that his career in sustainability sprung from a clerical job at a real-estate management corporation (photo courtesy Julius Lindsay)

When asked how he developed an interest in physics, University of Toronto alumnus Julius Lindsay just laughs.

“I was – am – a big Star Trek and Star Wars nerd,” he says, adding that Grade 8 was when his passion took the form of a career aspiration.

That was the year his class participated in the Canadian National Marsville Program. The students studied space exploration and planned a trip to Mars, building models of habitats and human life-support systems. Lindsay’s group research topic was nuclear fusion, and he was fascinated by the crossover he observed between complex NASA reports and Star Trek.

Lindsay’s interest in math and science led him to U of T, where he double majored in physics and mathematics in the Faculty of Arts & Science as a member of New College, graduating in 2006. In 2017, he returned to U of T as an alumni mentor.

“Coaching is one of my personal strengths, and I feel like I've gotten to the point in my career where I have valuable information to share,” he says. “I wanted to give back and also feel more connected to the school.”

One piece of advice he gives to all his mentees – “just get your foot in the door” – stems from first-hand experience. His first job after university was a clerical job at the Ontario Realty Corporation, where he’d previously worked as a summer student. Little did he know, the role would be the catalyst for a career in sustainability.

“The Green Energy Act was just coming into effect at the provincial level and the board of our agency was interested in sustainability reporting,” he says. “They knew I was a physics major and said, ‘Julius, you know math, so you can do these greenhouse gas calculations.’ I learned the specific climate change information on the job, but it was the ability to do math that helped me get my foot in the door.”

Today, he is project manager of climate change and sustainable development for the city of Richmond Hill. He’s developing a corporate climate change framework, working with the city’s internal departments to understand and prepare for the consequences of climate change. He’s also leading the city’s community energy and emissions plan, which brings together internal staff, external stakeholders and community groups to increase energy efficiency and decrease greenhouse gas emissions throughout Richmond Hill.

His physics degree continues to be instrumental. “You have to understand how things work together, how to communicate them in a way that people can understand and how to get results. That’s what you do in physics: you get a problem and use tools to solve it. Where I am today is largely because of my physics background.” 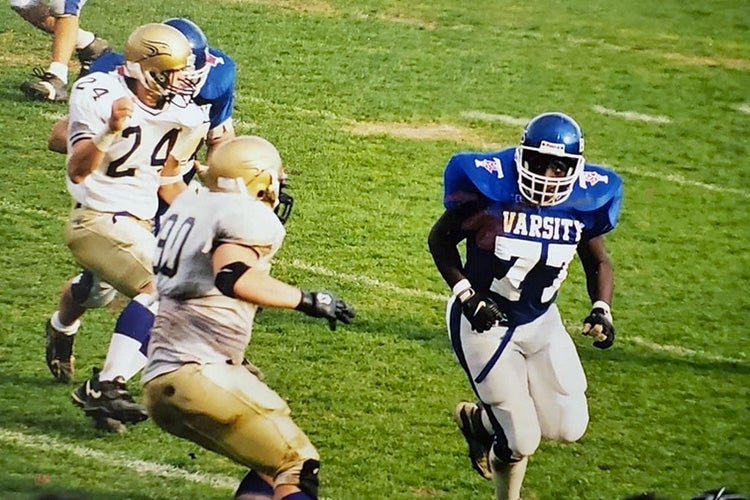 “I enjoyed my time at U of T, and a large part of that was playing football and being on the team,” says Lindsay (photo courtesy Julius Lindsay)

Lindsay says his career path illustrates the versatility of a physics degree and gives him a unique perspective as an alumni mentor because he can provide insight for students looking to pursue careers outside of academia.

“People think of it as an impressive degree, but it doesn’t match 100 per cent to one job,” he says. “You have to figure out where you want to go and what you want to do. A lot of the time I've spent with students has been determining what skills are transferable, how to market themselves and what kinds of careers are possible with a physics degree.”

“During my time as Julius's mentee, we spoke a lot about his career path and the jobs he had right out of undergrad,” says Tess King, who graduated from U of T in 2019 as a member of Innis College with an honours bachelor of science in physics and geographic information systems. “I was most interested in learning about his specific career choices because I was hoping to apply some of the lessons he learned to understand what job I wanted. I was looking for a direct path from physics to some physics-related job, but I learned that most careers are not so linear. It has more to do with how you apply yourself.”

Helping students navigate their studies and explore various options after graduation is incredibly rewarding, says Lindsay – so much so that he launched a new mentorship program in collaboration with other members of the Blues Football Alumni Network.

“I enjoyed my time at U of T, and a large part of that was playing football and being on the team,” he says. “I thought a mentorship program would be amazing for the football program — it’s valuable for the students and the alumni.”

He believes the value of mentorship lies in the connections it builds.

“You’re not only helping students figure out what they're going to do as they transition to careers; you're also helping them cope with being a student. I’ve found it turns into more of a life coach relationship, which for me is helpful and fulfilling.”