U of T's Kerry Bowman: Should we contact the uncontacted? 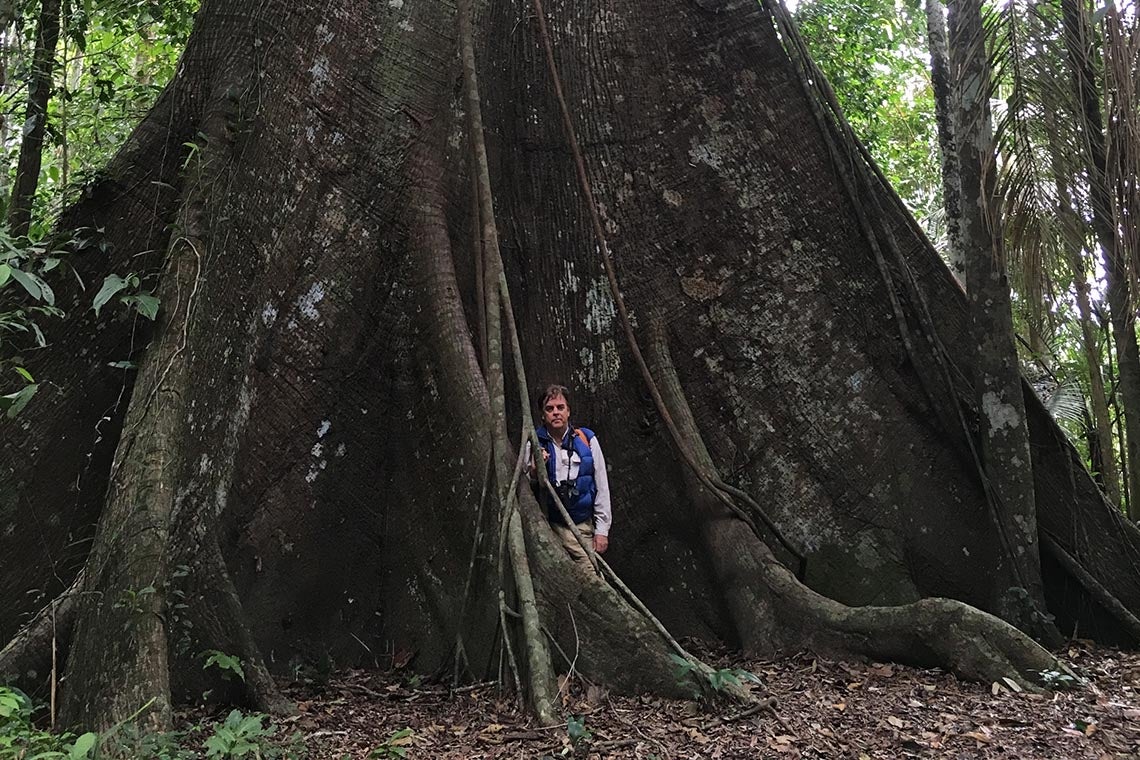 Kerry Bowman is an assistant professor in the Faculty of Medicine and is affiliated with the School of the Environment and the Joint Centre for Bioethics at the Faculty of Arts & Science.

Although it comes as a great surprise to many people, there are close to 100 groups of isolated or uncontacted people living in the forests of the world, several of the most vulnerable being in the western Amazon, primarily on the Brazilian and Peruvian border.

In recent years, small numbers of one such group, the Mashco Piro of Peru, have begun to venture out of the forest. In most cases, they approach outsiders with a slow curiosity, but at times they have raided local settlements to steal food and cooking utensils, and in recent times, some interactions have been deadly. This collision of cultures may well be being accelerated by the illegal construction of a road that cuts through land they have known as home and in turn creating opportunity for illegal mining and logging.

The stakes are high. Isolated tribes rarely have immunity to pathogens brought by outsiders, and the Indigenous population in South America has been decimated by disease since first contact with European colonists.

Writing for the United Nations Environment Program (UNEP) and teaching global heath ethics at the University of Toronto, I've made a number of trips to the western Amazon to observe what I could of Indigenous lives and their environment. The Indigenous peoples of the western Amazon are protecting some of the most biodiverse regions on Earth. Brazil and Peru have protected large tracts of land as Indigenous territory, but in recent years there has been tremendous pressure from loggers, the oil and gas industry, and even incursions by drug traffickers.

Read a profile of Kerry Bowman

The Amazon forest is the most concentrated expression of life on Earth, home to about one-third of our Earth's terrestrial life forms, and plays a massive role in absorbing carbon and moderating climate. Providing formal land ownership titles to Indigenous communities is one of the most effective ways to preserve endangered rainforest in the Amazon. A recent study was conducted by analyzing satellite data and land ownership certificates; researchers compared forest cover on territory before and two years after it was titled Indigenous-protected land. Forest decline dropped 75 per cent once it was formally granted to Indigenous communities. My work has led to several fascinating trips to the western Amazon in recent years. (The inset photo shows a footprint on an isolated beach coming out from the Amazon forest that is likely from the uncontacted, although it is impossible to prove.)  I have just returned from travelling through a remote, “protected” Indigenous territory. Two of the people on the trip were Indigenous Machiginga from the protected region we travelled in. They had never ventured so far into the region. We travelled on a narrow river, frequently stopping to chop logs blocking our way. The Machiginga with us brought weapons (spears, bow and arrows), which they planted in the sand as we camped on beaches to deter the uncontacted. One of the Machiginga on the trip had a brother who was killed by the uncontacted in 2015 in a dispute that was never fully understood. Although our intention was to avoid the uncontacted, a machete mysteriously disappeared one night. All indications were that the ecosystem within the reserve is fully intact. We witnessed a harrowing attack by a jaguar on a capybara.

Before and after this trek, I talked to many, many people in the areas, including “non-isolated” Indigenous people, military personnel, miners and loggers, gathering a number of perspectives. There were a broad range of responses to the question of the uncontacted. One villager said, “I cannot talk to them, and I don’t want to be the victim of whatever is being done to them in the forest.” One of the Machiginga said, “We don't know where they are, how many there are, or what they want. This is not a good situation.”

Almost all the lands the Mashco Piro and many other uncontacted people roam are fully protected under law. News has emerged that 10 uncontacted people were reported killed after a run-in with illegal gold miners in the western Amazon of Brazil. The great threat for the uncontacted tribes is increasingly weak enforcement of that law.  Mounting political turmoil both in Peru and Brazil is leading to the cutting back of resources to protect Indigenous land, allowing for loggers, miners, narco-traffickers and hunters to enter protected areas almost at will.

Furthermore, although not the current policy, some members of the Peruvian government, with the support of a few anthropologists, are pushing for “planned” contact of isolated people, the rationale being that if things remain the same, tribal groups could be wiped out through violence and disease. Planned contact would involve anthropologists and a physician going into uncontacted communities and inoculating their people against some infectious diseases. This goes against the will of the people and holds no promise that a better or healthy life awaits them through contact. It also removes the impetus for keeping their land fully protected, and it takes us right back to a belief that the dominant culture knows what is best for Indigenous people. International law guarantees these isolated peoples the right to ownership of their lands.

I believe the only ethical position with contact is to allow the uncontacted to make the decision. I would also argue that these decisions go beyond the governments of Brazil and Peru, as this represents a much larger question of human rights. This very question emerges as many western countries are re-examining just how brutal and destructive dominant cultures have been to Indigenous peoples and how, if even possible, this can be redressed. In the case of North America at the time of European contact, Indigenous groups either retreated or died. The uncontacted are people who, unknowingly, live beyond the parameters of the 21st century. Common statements like “we are all interconnected as never before” have a very different meaning considering their extreme isolation; they are the handful of people beyond the reach of globalization and integration.

Their story is essentially a modern day reflection of all of our stories – this is how we all lived and survived before we dominated the world. What are the responsibilities of the state to people who do know that the state exists? The independence of these groups from the larger world challenges our ideas of how we see ourselves on levels we don't fully understand.

Although I have never sought them out, I have travelled extensively in regions where the uncontacted or neolithic tribes of this world exist. Several years ago, I saw three women from an uncontacted Indigenous group in the western Amazon who were mysteriously marooned on a small outcropping of land between two rivers, living in cocoon-like baskets and consuming river turtles.

A few decades back, I stayed in a remote village far into the forest of the southern highlands of Papua New Guinea. Men hunted, women gathered, there was no western clothing, and stone axes were in use. Despite my best intentions, taboos were broken by me. I learned quickly the depth and power of culture helping to inform my work for years to come. While travelling in the Andaman islands of India on a military convoy and crossing a protected Indigenous region, we came across an armed group of the Jarwa people who had set up an angry road block disputing incursions into their territory. I saw first-hand the incredible power difference between the Indian military and a group of people with spears and body paint struggling to curtail a culture and people overwhelming them.

Many Indigenous peoples throughout the world are protecting some of the most biodiverse regions on Earth and in turn creating an important counterpoint to climate change. With western cultures' long and tragic history with Indigenous contact, the decisions made about the uncontacted may well be our last chance to deeply consider the ethics of what we are doing and have done.

Faculty of MedicineFaculty of Arts & ScienceHealthEnvironment