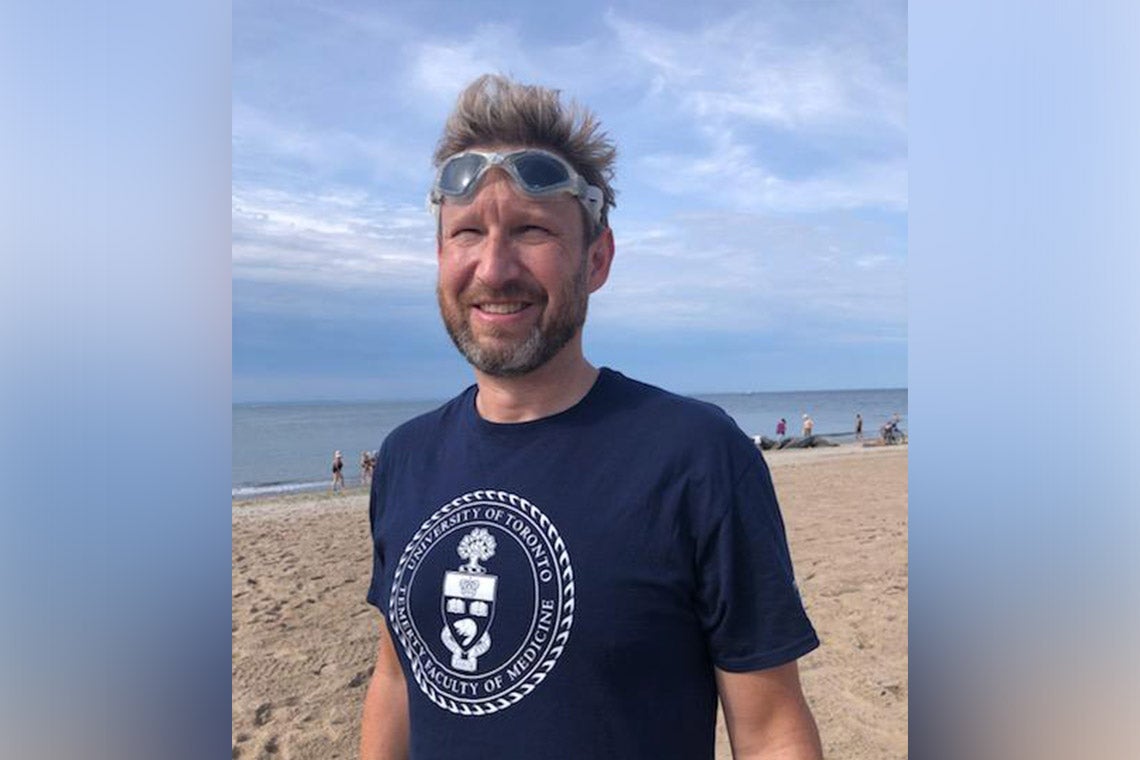 In honour of his late father, marathon swimmer Sean Nuttall recently completed a 100-kilometre swim across Lake Ontario and back to raise funds for brain research at the University of Toronto’s Tanz Centre for Research in Neurodegenerative Diseases.

Nuttall’s father, a criminal defence lawyer in Toronto, died five years ago after a brief struggle with a neurodegenerative disease that doctors were unable to indentify.

“Having grown up in Toronto, I have a lot of respect for the University of Toronto, the Tanz Centre and what they do,” Nuttall told U of T writer Deanna Cheng before embarking on the swim last weekend. “I’m hoping this swim inspires others to dream big while also supporting a wonderful cause. Every little bit helps.”

Nutall swam from Toronto to St. Catherine’s and back non-stop, marking the longest unassisted open-water swim in Canada or by a Canadian. He did not use a wetsuit or flotation devices and completed the journey in 42 hours, according to the Toronto Sun.

Read more at the Tanz Centre for Research in Neurodegenerative Diseases

Read more in The Toronto Sun

Temerty Faculty of MedicineTanz Centre for Research in Neurodegenerative Diseases