Road salt is taking its toll on insects in Toronto area, U of T researchers find 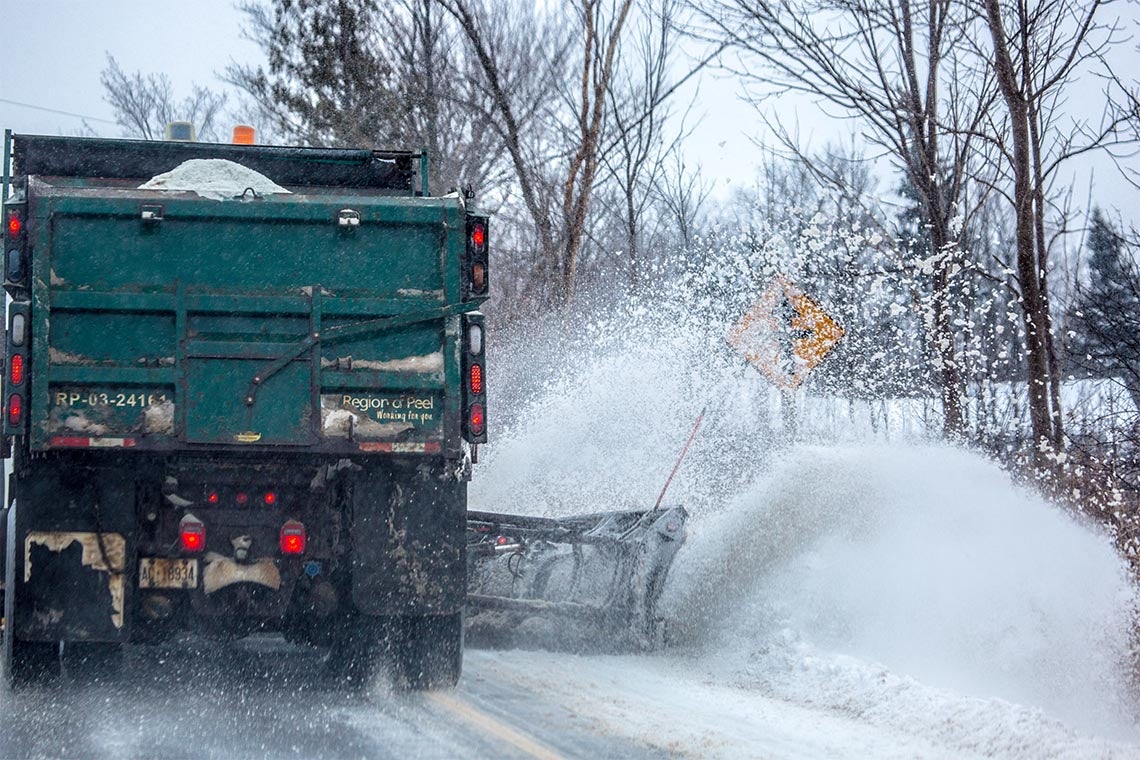 It may help keep your car on the road in the winter, but research from the University of Toronto suggests that road salt is creating problems for wildlife.

Researchers from the lab of Shannon McCauley, an associate professor of biology at U of T Mississauga, investigated the impact of road salt exposure on larvae of Anax junius dragonflies. The results, published in the journal Frontiers of Ecology and Evolution, show that long-term exposure to high levels of salinity suppress the immune response of aquatic insects, negatively impacting their ability to fight infections and recover from injuries.

Known as “green darners,” Anax junius dragonflies are one of the most common and abundant species in North America. Long and thin, they can grow to a length of 76 mm and are fierce and voracious predators.

“They eat everything, including each other, other dragonflies, mosquitos and zooplankton,” says Rosalind Murray, a post-doctoral researcher in the McCauley Lab who co-authored the study with McCauley and undergraduate biology student Racquelle Mangahas. “In a fishless pond, Anax junius are top predators that shape the aquatic ecosystem.

“We don’t know much about how macro invertebrates – larger insects – respond to salinity, and no one has ever looked at this particular species.” 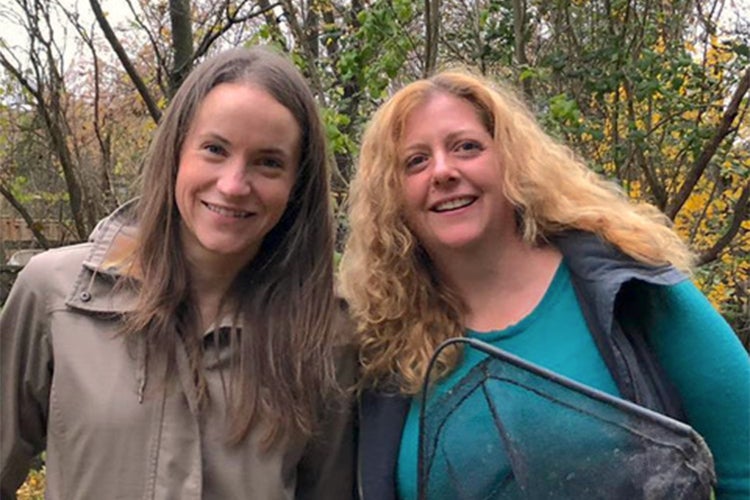 Murray notes that 2017 was a boom year for the insects, which were collected at U of T’s Koffler Scientific Reserve north of Toronto for the study. “It was a good opportunity to ask questions about what is happening to these top predators,” she says.

Salt enters aquatic environments in a number of ways. In colder climates, salt is spread liberally for traction on icy roads, parking lots and walking paths, where it can be washed into ponds, rivers and streams when the snow melts. In warmer locales, salt also enters the watershed through road gravel, agricultural applications and runoff from saltwater residential pools.

Previous research measured how much road salt might be lethal to aquatic populations, but Murray notes that many creatures may experience non-lethal salinity levels over different periods of time.

“Stagnant ponds might contain little pockets with higher salinity, and insects can move in and out of them so they may experience quick acute exposure,” she says. “They may not be experiencing salinity at a rate that is sustained enough to kill them. We wondered how salinity might be affecting animals in a non-lethal way.”

The researchers theorized that salinity might have an effect on the insects’ immune systems. To observe the potential effects of road salt on larval immune response, the researchers turned to melanin, a chemical that plays a role in wound healing. “When an insect has a wound, it sends melanin to encapsulate the foreign object or wound,” Murray says. 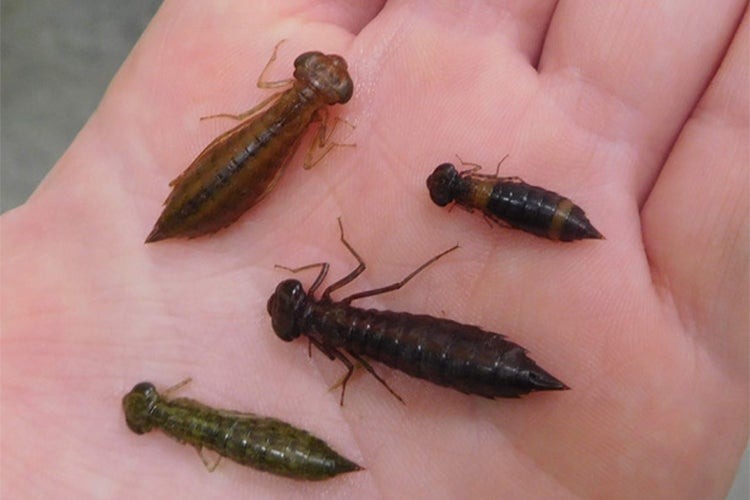 Dragonfly larvae were injected with a monofilament to mimic injury that might be caused by a parasite or other wound. The larvae were then placed into water with various levels of commercial road salt ranging from standard tap water with no salt added to solutions of one and three grams of salt per litre. The larvae were left in the solutions for periods ranging from one to 96 hours (four days), after which the researchers measured the amount of melanin deposited on the monofilaments.

“We found that the highest level salt treatment in longest-term exposure resulted in a significantly decreased immune response,” Murray says.

“Dragonflies are pretty robust, but at the longest period of the highest concentration, we saw that they are being affected by high concentrations of salt,” she says. “Our study exposed the insects for just four days, but animals may live for years in the same pond. A chronically salty environment, it could – and likely would – have a much stronger effect.”

Chronic exposure to salination could have other long-term implications for the insects and also for other creatures on the food chain. Additional research from the McCauley Lab indicates that exposure to road salt appears to negatively impact the appetite of adult dragonflies. “Our research shows a decrease in the number of mosquitos that they are eating, which could impact how many mosquitos are in our environment.”

“It’s a global problem that’s not specific to cold climates,” Murray says. “It is important to be aware of how much salt we are adding to the environment, and that it is having an effect.”

The research was supported the Natural Sciences and Engineering Research Council of Canada.