#Rio2016: How ‘moneyball’ research from U of T can help athletes reach for Olympic gold 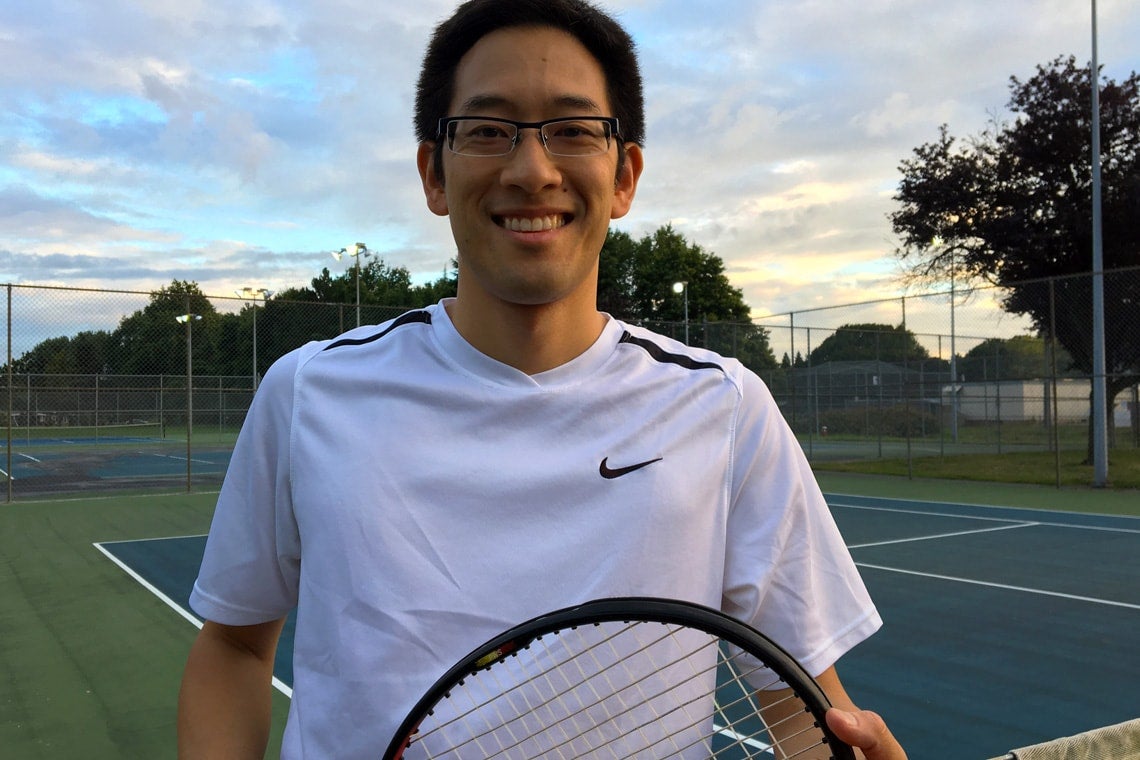 When Professor Timothy Chan sits down to watch a game of hockey, baseball or tennis, he isn’t taking a break from his research — he may be hard at work on a new paper.

A professor of mechanical and industrial engineering, Chan's expertise in sports analytics and decision modelling has been sought out by the Canadian Olympic Committee (COC) in the hopes that it could provide a competitive edge for amateur athletes.

Professional sports teams been leveraging statistics to improve team performance for more than a decade. By examining detailed data about how each player performs in various situations, analysts can build computer models that attempt to predict long-term performance. The technique, made famous in the Michael Lewis book and its film adaptation, Moneyball, empowers teams that can’t afford star players to make smarter use of the resources they do have.

This year, Chan’s research team attracted the attention of the COC as part of its National Sport Federation Enhancement Initiative (NSFEI). NSFEI is a four-year project designed to help Canada’s federations improve their organizational capacity, including business operations, leadership and governance, as well as their ability to effectively recruit young, talented athletes into their sports.

“National Sport Federations in Canada are resource constrained,” says David Patterson, who leads the initiative for the COC. “We see analytics as a way to better allocate scarce resources. These benefits could apply both on the field of play and away from competition, where we work hard to attract and retain more Canadians to a lifestyle in sport.”

Chan came to Patterson’s attention in 2013 after he won the best paper award at the MIT Sloan Sports Analytics Conference. “Sloan is the top conference in the field, so it made sense to approach Dr. Chan as the best among the best in analytics.”

Read about the award-winning paper

This past spring, Chan travelled to Ottawa and Calgary to deliver two seminars on sports analytics. “We started to work through some areas where we thought analytics could help,” he says. “The idea is that they can narrow down the focus and propose a research project that we could execute.”

Since the seminar, Chan has been working with Tennis Canada to help increase youth participation in the sport. Chan is determining the best locations in Canada to hold winter tennis camps, based on local demand and available indoor facilities. The goal is to make sure that the resource-intensive camps reach the maximum number of potential future Eugenie Bouchards.

Chan got into the sports analytics field almost by accident. As the Canada Research Chair in Novel Optimization and Analytics in Health, he primarily works on optimizing the delivery of health care. His research group has studied locations of automatic defibrillators within a city and  deployment of ambulances in developing countries.

Read about Chan's work on defibrillators

However, Chan is also a big sports fan, and his models can offer insights for the sports world.

Read about Chan and hockey

“A lot of sports analytics is focused on statistics,” he says “whereas my background is in optimization.” Chan’s models not only predict future performance, they can be used to optimize performance in different scenarios — for example, determining how baseball players should switch defensive positions on the field if a player gets injured and a substitute is brought into the game.

Sports analytics is just one small branch of Chan’s research program, but he finds it rewarding from a problem-solving perspective and enjoys the chance to apply his work to help the community.

“I started this as a fun topic, but it’s definitely something I would be interested to spend more time looking at,” he says. “I think that the problems in this domain are very interesting, and there is still a lot of room for growth. There’s an opportunity to make a real impact.”