Rethinking psychedelics: U of T study looks at the practice of microdosing to ease anxiety and sharpen focus 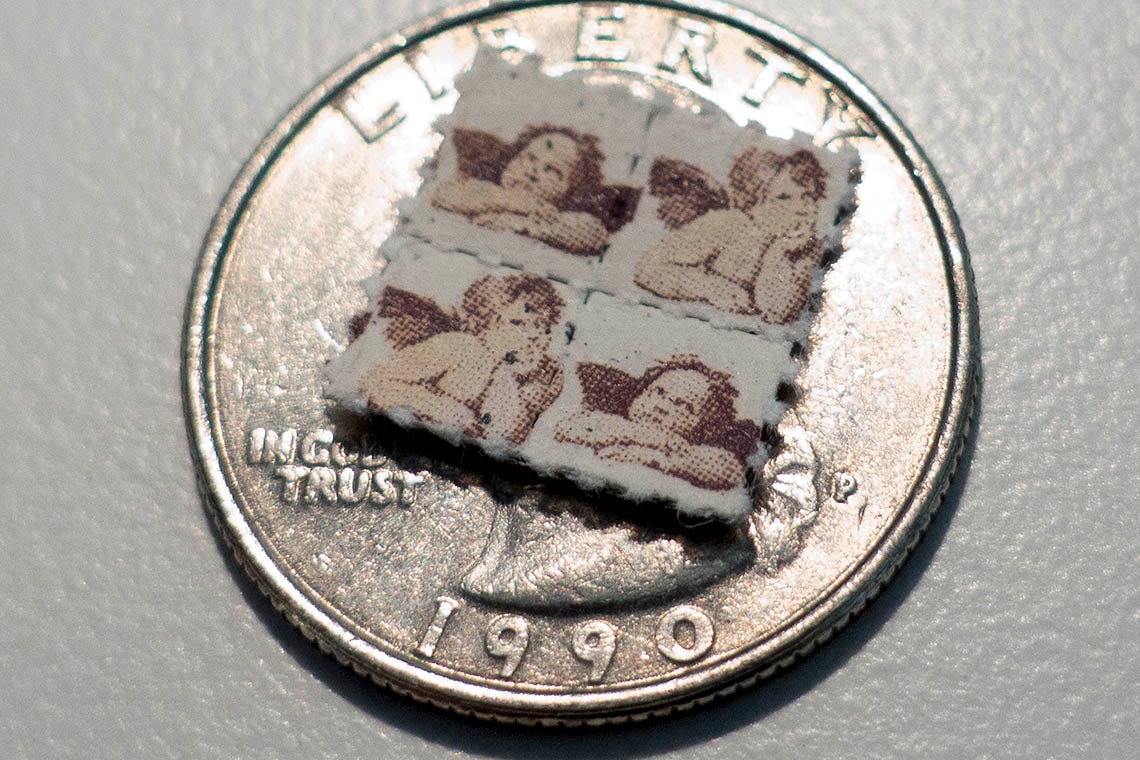 LSD blotter tabs on top of a U.S. quarter: Microdosing LSD and other psychedelic drugs is the subject of a new U of T study (photo by Paul J. Richards/AFP/Getty Images)

Tune in, turn on…and boost your focus? A new study from the University of Toronto reveals fascinating insights into how and why people use small doses of psychedelic drugs for therapeutic effects.

Microdosing is the practice of taking drugs like LSD or psilocybin (the key ingredient in magic mushrooms) in amounts too small to produce a high but large enough to quell anxiety, boost mood, or improve focus and creativity, according to anecdotal reports. The practice has become well-known after the recent publication of a book on psychedelics by bestselling author Michael Pollan.

Because the drugs are illegal in many jurisdictions, microdosing remains an underground practice and, until recently, was not subject to close scientific investigation. That has changed with a new study that examines how and why people microdose and its reported effects.

According to study co-author Thomas Anderson, it is the first study of its kind.

Anderson is a PhD candidate and cognitive neuroscientist with the Regulatory and Affective Dynamics (RAD) Lab of Norman Farb, an assistant professor of psychology at U of T Mississauga. Anderson's main research focuses on attention and meta-awareness, but his interest in the study of microdosing was sparked by a professional literature review group where he noticed there were plenty of anecdotal reports but a dearth of scientific research into the practice.

“There’s currently a renaissance going on in psychedelic research with pilot trials and promising studies of full-dose MDMA (ecstasy) use for post-traumatic stress disorder and of psilocybin use within healthy populations or to treat depression and end-of-life anxiety,” says Anderson. “There hasn’t been the same research focus on microdosing. We didn’t have answers to the most basic epidemiological questions – who is doing this and what are they doing?”

In 2017, Anderson launched a collaborative investigation with Rotem Petranker, a graduate student studying social psychology at York University, U of T Scarborough psychology PhD student Lê-Ahn Dinh-Williams and a team of psychiatrists from Toronto’s Centre for Addiction and Mental Health. Anderson and Petranker targeted microdosing communities on Reddit and other social media channels with an anonymous online survey that queried participants about the quantity and frequency of their psychedelic use, reasons for microdosing, effect on mood, focus and creativity, and the benefits and drawbacks of the practice.

The survey, which ran from September to November of 2017, drew more than 1,390 initial responses, with 909 respondents completing all questions. Two-thirds of the group were practicing microdosers, or had some past experience.

“We wanted to ensure the results produced a good basis for future psychedelic science,” Anderson says.

The data yielded interesting results, including important information about how much of the drug participants were taking, which had previously been unknown.

“Typical doses aren’t well established,” says Anderson. “We think it’s about 10 mcg or one-tenth of an LSD tab, or 0.2 grams of dried mushrooms. Those amounts are close to what participants reported in our data.”

The data also revealed information about frequency of use. Most of the microdosers reported taking the drug once every three days, while a small group microdosed once a week.

Qualitative data from the survey revealed that microdosers reported positive effects of the practice, including migraine reduction, improved focus and productivity, and better connection with others. In quantitative results, microdosers scored lower than non-microdosing respondents on negative emotionality and dysfunctional attitude.

Microdosing respondents also reported a number of drawbacks. “The most prevalently reported drawback was not an outcome of microdosing, but instead dealt with illegality, stigma and substance unreliability,” says Anderson. “Users engage in black market criminalized activities to obtain psychedelics. If you’re buying what your dealer says is LSD, it could very well be something else.”

Anderson adds a standard caveat about safety. “We wouldn’t suggest that people microdose, but if they are going to, they should use Erlich reagent (a drug testing solution) to ensure they are not getting something other than LSD.”

Dose accuracy was another issue. “With microdoses, there should be no ‘trip’ and no hallucinations,” says Anderson. “The idea is to enhance something about one’s daily activities, but it can be very difficult to divide a ½-cm square of LSD blotting paper into 10 equal doses. The LSD might not be evenly distributed on the square and a microdoser could accidentally ‘trip’ by taking too much or not taking enough.”

Anderson and Petranker recently presented their findings at the Beyond Psychedelics conference in Prague, which drew researchers, physicians, mental health practitioners, policy-makers, and technology and business participants from around the globe. The team will publish results from the survey in three upcoming research papers that will cover the survey results, psychiatric diagnosis analysis, and the benefits and drawbacks of microdosing.

“The goal of the study was to create a foundation that could support future work in this area, so I’m really excited about what these results can offer future research,” says Anderson. “The benefits and drawbacks data will help ensure we can ask meaningful questions about what participants are reporting. Our future research will involve running lab-based, randomized-control trials where psychedelics are administered in controlled environments. This will help us to better characterize the therapeutic and cognitive-enhancing effects of psychedelics in very small doses.”