Remote connections? U of T expert on detangling entanglement in quantum physics 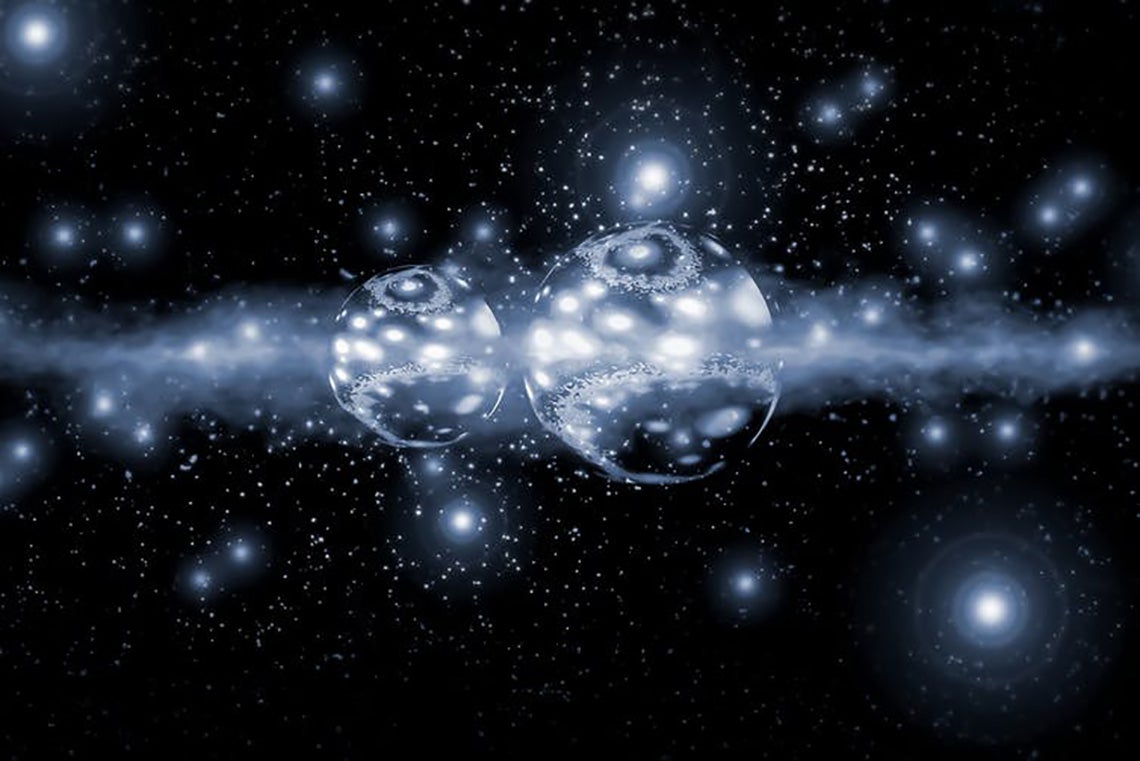 Quantum computers, quantum cryptography and quantum (insert name here) are often in the news these days. Articles about them inevitably refer to entanglement, a property of quantum physics that makes all these magical devices possible.

Einstein called entanglement “spooky action at a distance,” a name that has stuck and become increasingly popular. Beyond just building better quantum computers, understanding and harnessing entanglement is also useful in other ways.

For example, it can be used to make more accurate measurements of gravitational waves, and to better understand the properties of exotic materials. It also subtly shows up in other places: I have been studying how atoms bumping into each other become entangled, to understand how this affects the accuracy of atomic clocks.

But what is entanglement? Is there some way to understand this “spooky” phenomenon? I will try to explain it by bringing together two notions from physics: conservation laws and quantum superpositions.

Conservation laws are some of the deepest and most pervasive concepts in all of physics. The law of conservation of energy states that the total amount of energy in an isolated system remains fixed (although it can be converted from electrical energy to mechanical energy to heat, and so on). This law underlies the workings of all of our machines, whether they are steam engines or electric cars. Conservation laws are a kind of accounting statement: You can exchange bits of energy around, but the total amount has to stay the same.

Conservation of momentum (momentum being mass times velocity) is the reason why, when two ice skaters with different masses push off from each other, the lighter one moves away faster than the heavier. This law also underlies the famous dictum that “every action has an equal and opposite reaction.” Conservation of angular momentum is why – going back to ice skaters again – a whirling figure skater can spin faster by drawing her arms closer to her body.

These conservation laws have been experimentally verified to work across an extraordinary range of scales in the universe, from black holes in distant galaxies all the way down to the tiniest spinning electrons.

Picture yourself on a nice hike through the woods. You come to a fork in the trail, but you find yourself struggling to decide whether to go left or right. The path to the left looks dark and gloomy but is reputed to lead to some nice views, while the one to the right looks sunny but steep. You finally decide to go right, wistfully wondering about the road not taken. In a quantum world, you could have chosen both.

For systems described by quantum mechanics (that is, things that are sufficiently well isolated from heat and external disturbances), the rules are more interesting. Like a spinning top, an electron for example can be in a state where it spins clockwise, or in another state where it spins anticlockwise. Unlike a spinning top though, it can also be in a state that is [clockwise spinning] + [anticlockwise spinning].

The states of quantum systems can be added together and subtracted from each other. Mathematically, the rules for combining quantum states can be described in the same way as the rules for adding and subtracting vectors. The word for such a combination of quantum states is a superposition. This is really what is behind strange quantum effects that you may have heard about, such as the double-slit experiment, or particle-wave duality.

Let’s put these two ideas together now, and apply the law of conservation of energy to a pair of quantum particles.

This is an entangled state of the two atoms. Neither your atom, nor your friend’s, has a definite energy in this superposition. Nevertheless, the properties of the two atoms are correlated because of conservation of energy: Their energies always add up to 100 units.

Nothing spooky about it.

Amar Vutha is an assistant professor of physics at the University of Toronto.