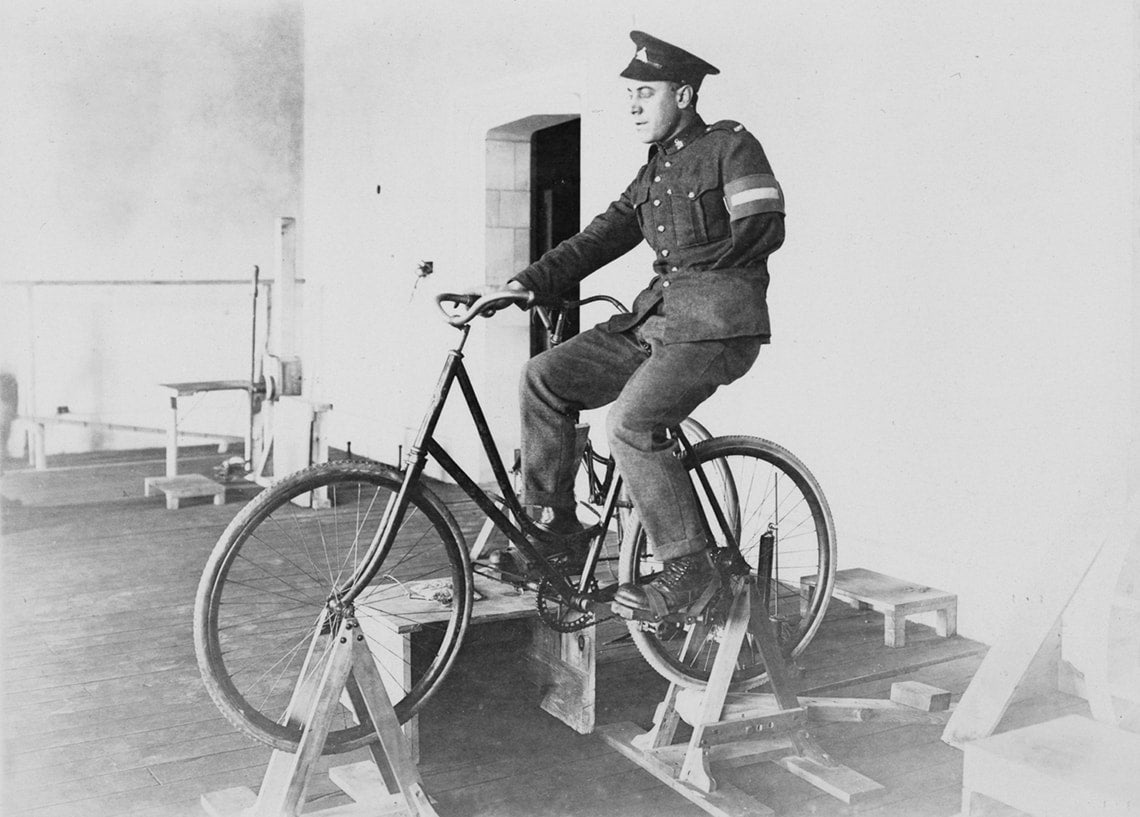 An injured soldier receiving therapy. In 1918, a ward aides program was designed run by the engineering department to instruct volunteers in providing retraining for war veterans (photo courtesy of U of T archives)

When the wounded warriors of the First World War returned home, Canada’s veterans could count on the University of Toronto to support their rehabilitation.

It was from the ravages of the First World War that U of T’s rehabilitation programs emerged, and that commitment has been sustained over the decades to the present day, as students, faculty and alumni work to improve the quality of life for those injured in war zones.

During the First World War, a six-month training program for physical therapists was established in 1917 at Hart House by the Military Hospitals Commission. Known as the “Hart House Course,” it emphasized massage and electrotherapy, gymnastics and muscle function training.

Read about U of T's Soldiers' Tower war memorial and museum

By 1919, 250 people had completed the program and were assigned to military hospitals across Canada.

U of T also laid the foundation for occupational therapy during this period through the training of Ward Aides. The program was established under the auspices of the Faculty of Applied Sciences and Engineering, supported by professors and instructors in the Faculty of Medicine. The aim was to provide vocational retraining to veterans so they could enter or re-enter the workforce. 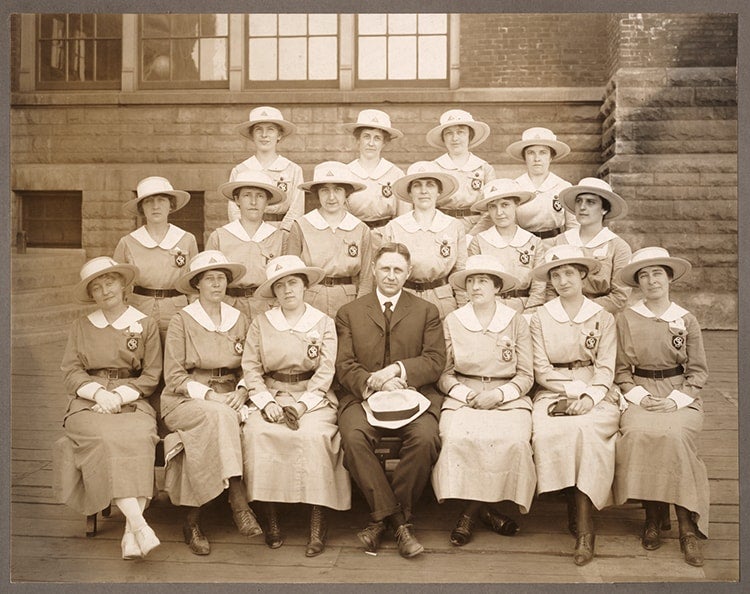 In 1917, the Miltary Hospitals Commission established a six-month course at Hart House to train physiotherapists for the rehabilitation of injured soldiers (photo courtesy of U of T archives)

While the urgency waned when the armistice was signed in 1919, the importance of rehabilitation had been firmly established. In 1926, U of T set up a two-year program in occupational therapy, while the first formal diploma in physical therapy was established in 1931 at a time when 27 per cent of Ontario hospitals had departments in the field. The importance of psychiatric care to support veterans became better known as the 1930s began and by 1934, new training was included in the occupational therapy program to address this pressing need.

Flash forward to the present day, where students like Melissa Biscardi continue to work alongside veterans. Biscardi is completing her master's degree under the supervision of Professor Angela Colantonio in the Faculty of Medicine's Rehabilitation Sciences Institute. Her clinical work experience with veterans inspired Biscardi’s current thesis research, which is looking at traumatic brain injuries in military women, both those currently serving and veterans.

“I would often have patients come into our clinic complaining about back or neck pain, but I could quickly see there was other underlying issues like mental health and post-traumatic stress disorder,” explained Biscardi.

With a background in nursing and a strong interest in research that was ignited during her undergraduate studies, Biscardi decided to pursue a graduate degree.

“I knew that I wanted to find a way to help members of the military and veterans – they’ve given so much to serve our nation – plus I was interested in the intersection between traumatic injury, mental health and gender. So this has proven to be the perfect match,” she said. Biscardi also noted this will help advance research on traumatic brain injury in female veterans, which has not been well explored.

Danny Slack spent five weeks interning at Sunnybrook Health Sciences Centre as he pursued his master's degree in physical therapy. Slack, who completed his degree last year, recalled working with a 97-year-old man who had outlived his wife and even his children.

“I couldn’t believe how much he wanted to exercise,” said Slack. “We’d do 10 minutes on a reclining bike and he wanted to keep going. He said he wanted to be the oldest man in there.”

In addition to offering professional master’s programs in core rehab disciplines, the sector also supports research-based graduate degrees. It has the most extensive network of clinical facilities available in North America, as well as faculty who are known nationally and internationally. Now these programs seek not only to improve the quality of life for veterans, but for clients across Canada and around the world.