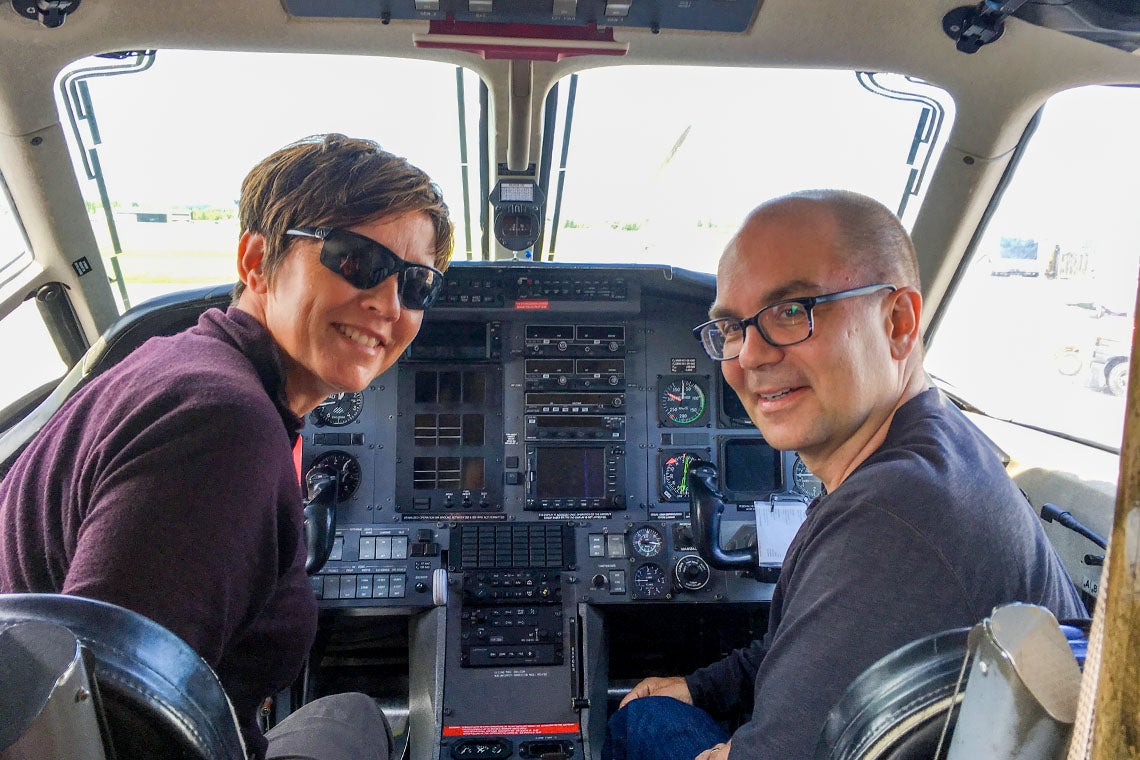 U of T researchers Tracey Galloway and Chris Beck in one of the planes used to transport passengers, food and other supplies to remote Indigenous communities in Northern Ontario (photo courtesy of Chris Beck)

Mitigating indoor mould and optimizing air transportation in northern Ontario are the first two collaborative projects between Indigenous community leaders and University of Toronto researchers being tackled through the Faculty of Applied Science & Engineering’s Reconciliation Through Engineering Initiative (RTEI).

All projects aim to find sustainable engineering solutions through community-driven, multidisciplinary and Two-Eyed Seeing collaborations, leveraging the expertise of both Indigenous community members and U of T researchers specializing in diverse fields.

“In today’s challenging environmental climate, a Two-Eyed Seeing approach to research is critical to building sustainable futures for all,” says Sonia Molodecky, the RTEI program lead.

The first project focuses on developing a holistic, land-based mould-mitigation framework for Indigenous housing on Georgina Island in Lake Simcoe, north of Toronto. The work, which can be used to support other First Nations communities across Northern Ontario, is led by U of T Engineering researcher Marianne Touchie and Liat Margolis and Bomani Khemet of the John H. Daniels Faculty of Architecture, Landscape, and Design, as well as natural building designer Becky Big Canoe of the Chippewas of Georgina Island First Nation.

Mould contamination, associated with respiratory illnesses, affects 44 per cent of houses in First Nations communities in Canada. And, as Big Canoe has seen first-hand, previous attempts to address the spread of mould have been unsuccessful. The lack of consultations with residents has been cited as a key reason behind failed mould remediation strategies.

“The solutions weren’t sustainable, did not fit the environment or take into account high occupancies,” says Big Canoe, whose prototype of a land-based, high-occupancy house will be incorporated into the team’s ventilation and building-envelope design.

“I think we understand what the technical solutions are,” adds Touchie, who will focus on ventilation systems. Khemet, meanwhile, will work on the building envelope and Margolis on the house’s soft-scape surroundings.

“The key to success in this project is actually gaining an understanding of the ways in which communities use their houses, what housing needs aren’t met and what they’d like to see done differently,” says Touchie. “That is why Becky’s expertise and prototype will play a vital role in this.” 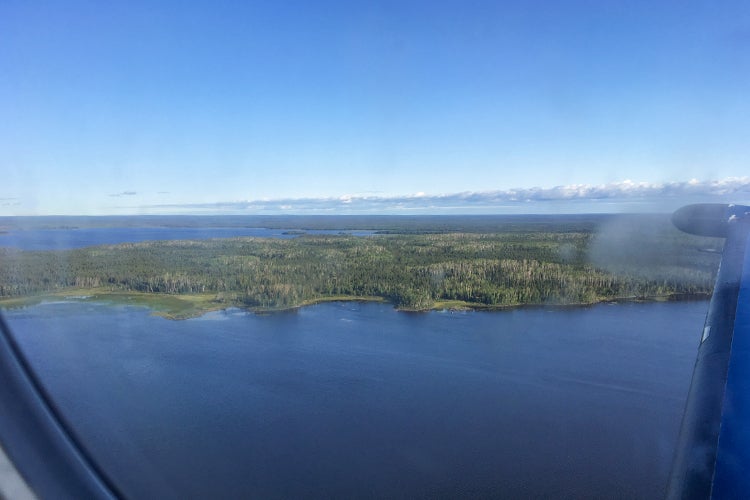 Chris Beck, a professor in the department of mechanical and industrial engineering, flew to First Nations communities in Northern Ontario (photo courtesy of Chris Beck)

RTEI’s second project will develop techniques for more efficient air transportation to Indigenous communities in Northern Ontario. The work is led by U of T Engineering researchers Chris Beck, Chi-Guhn Lee and Shoshanna Saxe, as well as Tracey Galloway in the department of anthropology and Michael Widener in the department of geography and planning – both in the Faculty of Arts & Science.

In northern Ontario, the reliability of air service, both cargo and passenger, is hampered by aging infrastructure, limited weather information and navigational supports, as well as long flight paths between communities and limited emergency supports. These challenges significantly affect food security for local communities, which rely on air transport for their groceries.

The challenges are further compounded by extreme weather patterns. Even de-icing, routine in southern Canada, is more complex to operationalize in the North.

In addition to consulting with Indigenous community leaders, the engineering researchers are working closely with Galloway – drawing on her long history of work in remote parts of northern Canada – and Widener, an expert in geographic systems and the interplay between accessibility and well-being, to understand the human impact of their proposed solutions.

“We have a lot of research about transportation optimization that’s been developed over the last 50 years, but, almost always, this research is within the context of the South, where there’s a market environment and plenty of transportation links,” says Beck, who recently visited airports in First Nations communities Webequie, Neskantaga and Eabametoong.

Meanwhile, Lee’s team will apply machine learning techniques to manage uncertainty, such as when adverse weather conditions or emergencies might lead to a cascading effect of problems in air transport operations.

“If there’s an emergency situation where a plane carrying essential supplies can’t land at the optimized destination, we would have to find an alternative that causes the least disruption,” says Lee. “Our work aims to minimize the impact of uncertainty.”

Saxe’s group will analyze the physical infrastructure of these airports to identify their impact on air service. Her lab is currently engaging with both users and providers of air travel services to learn about their experiences.

“It’s most important that we’re listening to learn about a context different from our lived experiences as southerners,” says Saxe.

Researchers across both projects emphasize the importance of taking the time to find appropriate solutions, rather than developing a quick fix.

“Strange as it sounds, we will spend most of the next year listening – sitting down with experts, decision makers, elders and community members,” says Galloway.

“We need to listen to the larger, ongoing conversation happening in Canada around self-determination for Indigenous people, and ask our partners and collaborators how we can support their goals through research.”