Recent immigrants more likely to receive aggressive care at end of life: U of T study 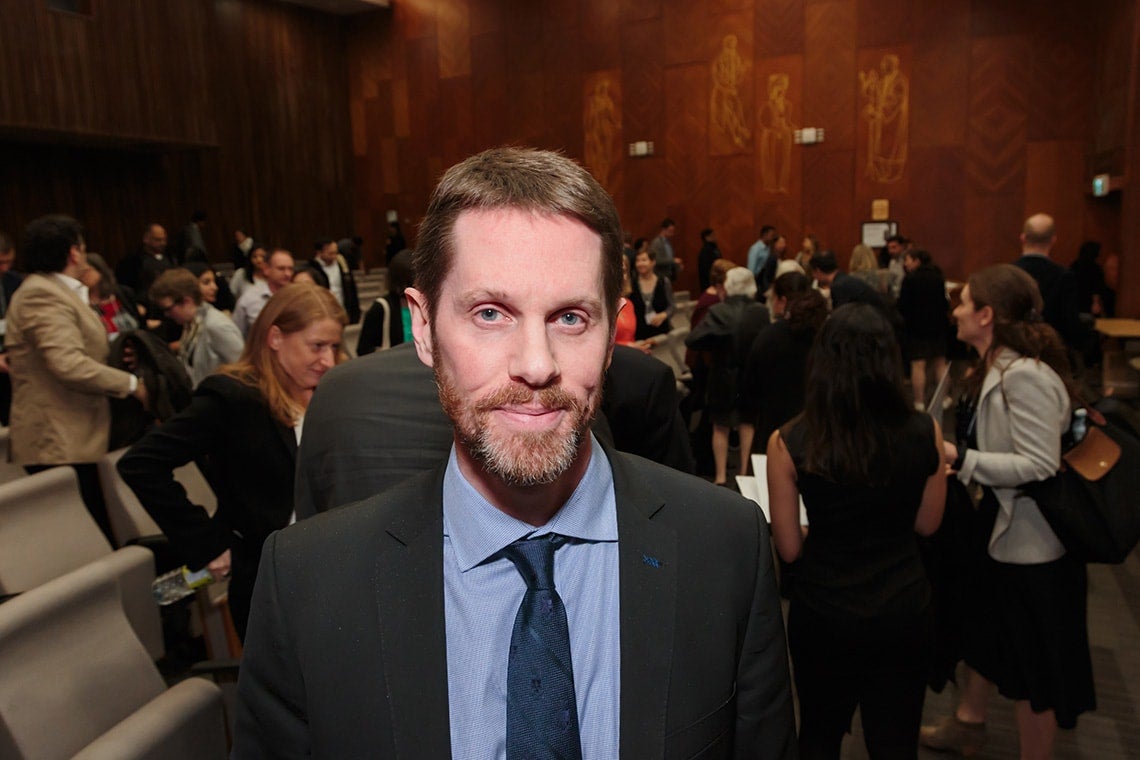 Rob Fowler is the program director of clinical epidemiology and health-care research at the Institute of Health Policy, Management and Evaluation in the Dalla Lana School of Public Health (photo by Horst Herget Photography)

University of Toronto researchers studying end-of-life care among Ontario patients of different cultures, religions and ethnicities have found that recent immigrants were significantly more likely to receive aggressive care in the last six months of life compared with other residents.

“The message that palliative care is not the same as giving up is a difficult message for many clinicians to deliver to patients and families,” said Professor Rob Fowler, program director at the Institute of Health Policy, Management and Evaluation in the Dalla Lana School of Public Health.

“For patients who have recently immigrated to Ontario from other parts of the world, these conversations are even more challenging when clinicians and patients approach such a potentially stressful period from a different language, a variety of cultural backgrounds, and religions,” said Fowler, who is also a physician at Sunnybrook Health Sciences Centre.

Fowler worked with Dr. Chris Yarnell, Therese Stukel, Andreas Laupacis, Damon Scales and Ruxandra Pinto, as well as collaborators from the Institute for Clinical Evaluative Sciences (ICES), on a study recently published in JAMA  to examine end of life care provided to 967,013 patients in Ontario hospitals between 2004 and 2015.

The researchers found that recent immigrants – those who arrived between 1985 and 2015 – were significantly more likely to receive aggressive care, including mechanical ventilation, dialysis and feeding-tube placement, and to die in an intensive care unit (ICU) compared with other residents. The finding was strongly associated with region of birth. They also discovered that compared to long-time residents, immigrants from Northern Europe were about 16 per cent less likely to die in ICU, while those from South Asia were nearly twice as likely to die in ICU.

These differences were determined not to be related to language ability, education or wealth. So while the study has proven its original hypothesis, it has still not explained why this occurs.

According to Dr. Fowler, the default practice in Ontario hospitals, even when an illness is incurable, is focused on tests, procedures and medication that target a disease, instead of providing care for patients and their symptoms. He believes a palliative approach and symptom management should be started earlier for patients in order to complement ongoing treatments for their disease.

Dr. Fowler also notes that in Canada, our approach to end of life care can seem like a menu of health care options, where patients and families are asked to choose without it being explained to them that other less aggressive options might be available.

“There could be a sense that the most care is the best care, especially for those who may not have had access to treatment at some point in their life,” said Dr. Fowler.

Fowler says a deeper appreciation is needed of the multiple perspectives that patients and their families can bring to end-of-life discussions.

“While the study has determined where variation in care exists, it is only by tackling the question in a more qualitative manner, and exploring options with dialogue between patients, families and clinicians, will we gain the understanding of why differences exist and learn where and how we can improve health care for an increasingly multicultural population,” said Fowler.

The study was funded by the Ajmera Family Chair in Urologic Oncology and the Sunnybrook Foundation, with additional support provided by the Canadian Institutes of Health Research (CIHR), the Institute of Clinical and Evaluative Sciences (ICES), Canada's Strategy for Patient Oriented Research (SPOR) and the government of Ontario.