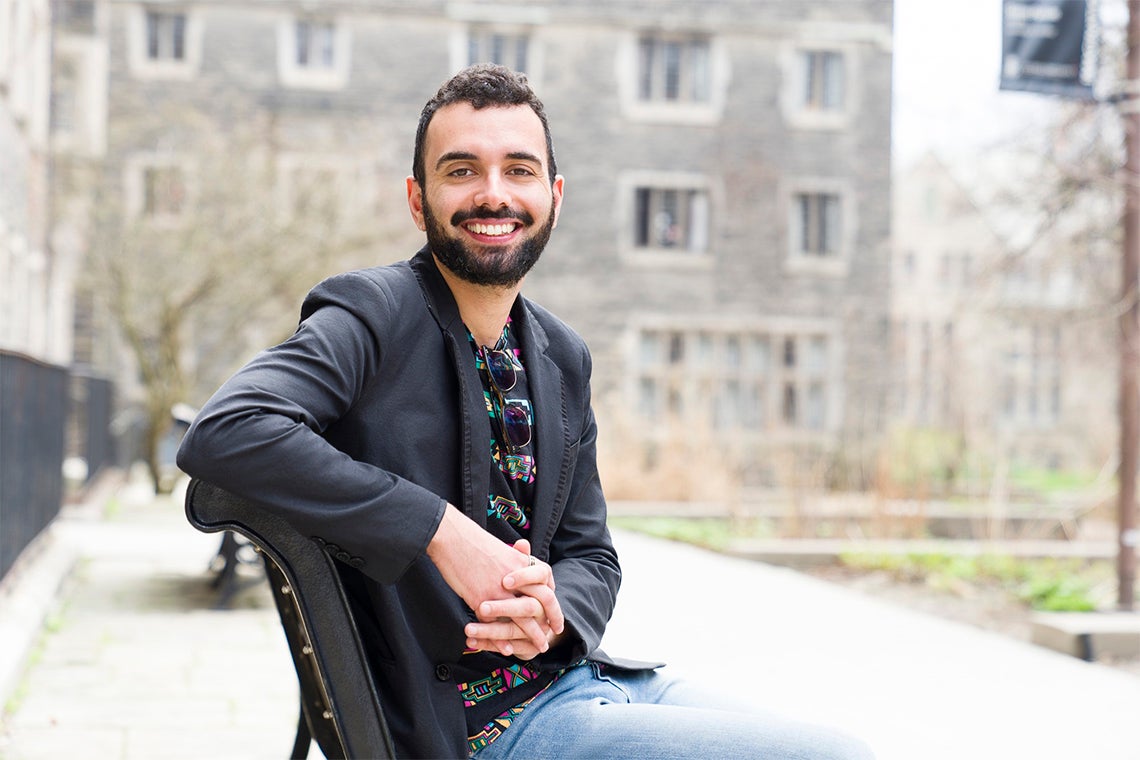 Paolo Frascà, an assistant professor, teaching stream, of Italian studies, was among the contributors to what's being billed as the most comprehensive volume yet of queer Italian-Canadian writing (photo by Jason Krygier-Baum)

The department of Italian studies in the University of Toronto’s Faculty of Arts & Science has helped create what may be the most comprehensive volume yet of queer Italian-Canadian literature. 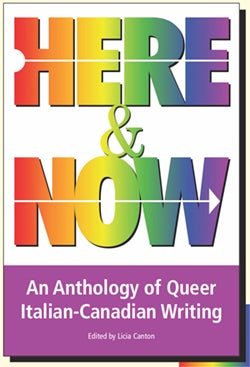 Together, the contributors offer unique perspectives from those who identify as gay, lesbian, queer or trans, and are of Italian heritage in Canada.

“This volume takes on subjects that are not traditionally discussed in the Italian-Canadian household,” says Licia Canton, a writer, literary translator and the anthology’s editor, who worked with the Frank Iacobucci Centre for Italian-Canadian Studies within the department.

“The anthology can start an important conversation between the queer community and the Italian-Canadian community – two communities which don’t necessarily talk to one another.”

For some contributors, this is their first time being published, while others are established authors or artists. Though spanning different genres and voices of different generations – from writers in their 20s to their 80s – a recurring theme is the clash between queer identity and the expectations of immigrant families.

There are also tales of love and support.

The anthology opens with three introductory essays, one of which was written by Paolo Frascà, an assistant professor, teaching stream, of Italian studies at U of T. He also wrote a personal story and a poem.

“There's a history, with lots of exceptions, of close-mindedness; Italian-Canadians being seen as very conservative when it comes to family traditions and sticking to the benchmarks of a normative life,” says Frascà.

So often, Frascà adds, the Italian immigrant dream is to come to Canada, work hard, buy a home, get married, become successful, have children and have them follow in the parents’ footsteps – and being queer sometimes doesn’t fit into this narrative.

“It can be a disappointment to those who have come to Canada in the 1960s or 70s to build a stable life here,” says Frascà. “But there are other ways of being Italian-Canadian – ways that do not follow the posts that are put along the way for an Italian-Canadian child to prove themself.”

While being queer can cause a disruption, so too can the decision to become an artist.

“Because of that history of hard work and wanting to motivate future generations to pursue stable career paths, artists sometimes have a difficult time coming out as artists, as well as coming out as queer,” says Frascà. “It's the fear of losing the financial security that the first generation was, generally speaking, able to achieve here.”

Frascà has no doubts about Here & Now’s potential positive impact and message.

“In addition to having an impact on the literary community, this anthology has started important conversations about queerness in the Italian-Canadian community and its institutions, such as Villa Charities and the Association of Italian-Canadian Writers,” says Frascà. “For one, it can help young Italian-Canadians who are queer feel that they have support when it comes to trying to reconcile these identities that sometimes are at odds with one another.

“It's also important for other Canadians to see Italian-Canadian communities not only through one lens – the master narrative of Italian migration to North America – but also through the stories that are not part of mainstream accounts of Italian presence in Canada.”

Though just released, Frascà has already seen the anthology spark discussion. Some Italian-Canadian community members have expressed apprehension about the book, but Frascà notes that they are in the minority.

“I've been pleasantly surprised by the way this has been welcomed by established figures in the Italian-Canadian community,” says Frascà. “Our community is ready for this conversation that is long overdue.”

Frascà intends to use Here & Now as a teaching tool for his courses.

“When we study the history of the Italian-Canadian community, we often focus on the workers, the families, the struggle of migration and the success achieved,” he says. “The anthology asks us to also acknowledge the queer stories, which have remained largely untold, as part of Italian-Canadian history.”

To keep the conversation going, Frascà and Canton have future projects on the horizon that aim to build on Here & Now’s momentum.

Frascà will be teaching a course this year titled “Sex and Gender in Contemporary Italy,” which will include units on sexual and gender diversity in the Italian diaspora. A qualitative research project is underway with the assistance of two work-study project assistants, Heather Sdao and Ariana Magliocco. Plans are also in the works for a conference next year, tentatively titled Queering the Italian Diaspora.

“Ultimately, I hope this anthology will inspire some change in dinner conversations and lead to more inclusivity,” says Canton, who was recently awarded a one-year research fellowship at the Frank Iacobucci Centre.