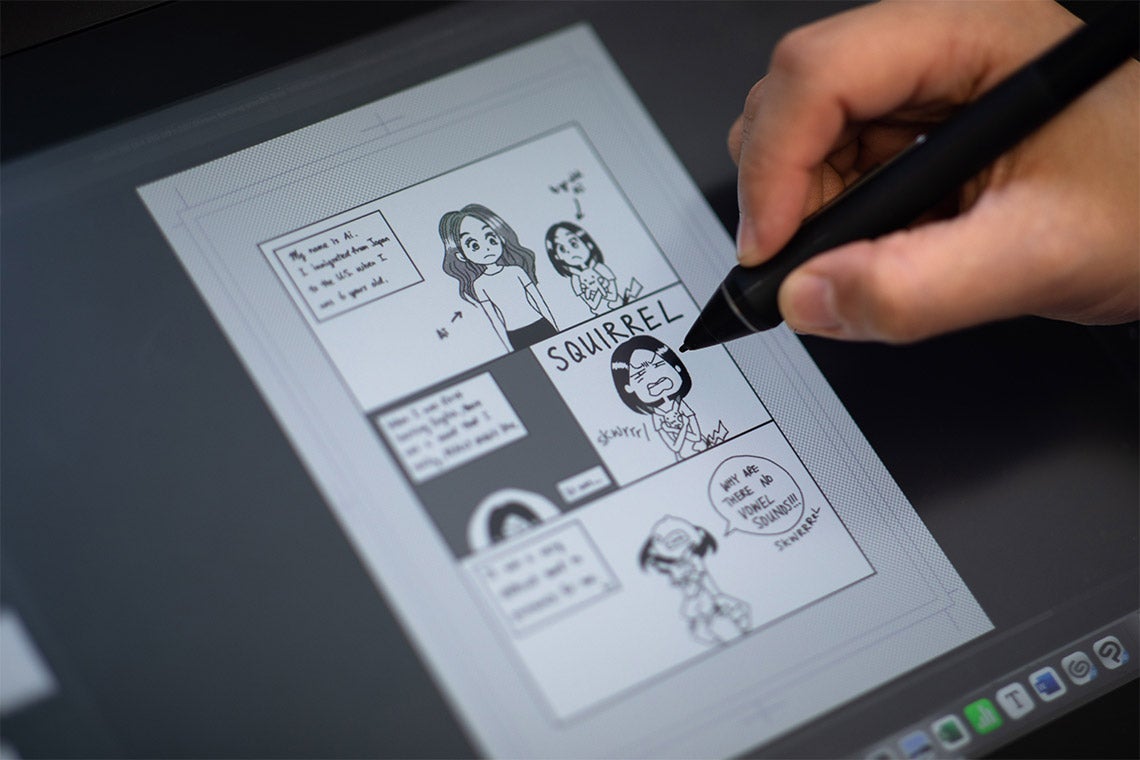 Ai Taniguchi, an assistant professor of language studies, is using comics to share student stories about their lived experiences with language (photo by Nick Iwanyshyn)

When Ai Taniguchi immigrated to the United States with her family at age six, the permanency of the move hadn’t completely sunk in.

Taniguchi – now an assistant professor in the University of Toronto Mississauga’s department of language studies – remembers goodbye parties and saying farewell to friends in Japan. She also recalls arriving in the United States and heading on a family trip to Disney World, which felt more like a vacation than a move. And she remembers driving to Georgia and settling into her new home in Peachtree City, an Atlanta suburb.

But when Taniguchi started school, that’s when it finally hit her: She was now permanently living in a new country, didn’t speak a word of English and had trouble communicating with teachers and other students.

“I cried all the time,” Taniguchi says, adding that there were very few options for English as a second language (ESL) classes in suburban Atlanta in the mid-1990s. “It was very, very scary.”

To express her feelings, Taniguchi turned to drawing: creating comic-style art inspired by her love for Manga, a style of graphic novels that originate in Japan and are a big part of Japanese culture for both children and adults.

The other children took notice of her drawings. It soon became a way for her to connect with her peers when linguistic communication was hard.

“I wasn’t the weird kid that couldn’t speak English. I was the kid that could draw and my classmates treated me like a friend,” she says. “The power of art is pretty universal.”

This early experience planted the seed for Taniguchi’s Language, Identity, Multiculturalism and Global Empowerment (L'IMAGE) project. She is working with linguistic-diverse and culture-diverse students at U of T to create digital comics about their lived experience with language and how they navigate their identities via language. The project is funded by U of T’s International Student Experience Fund (ISEF). 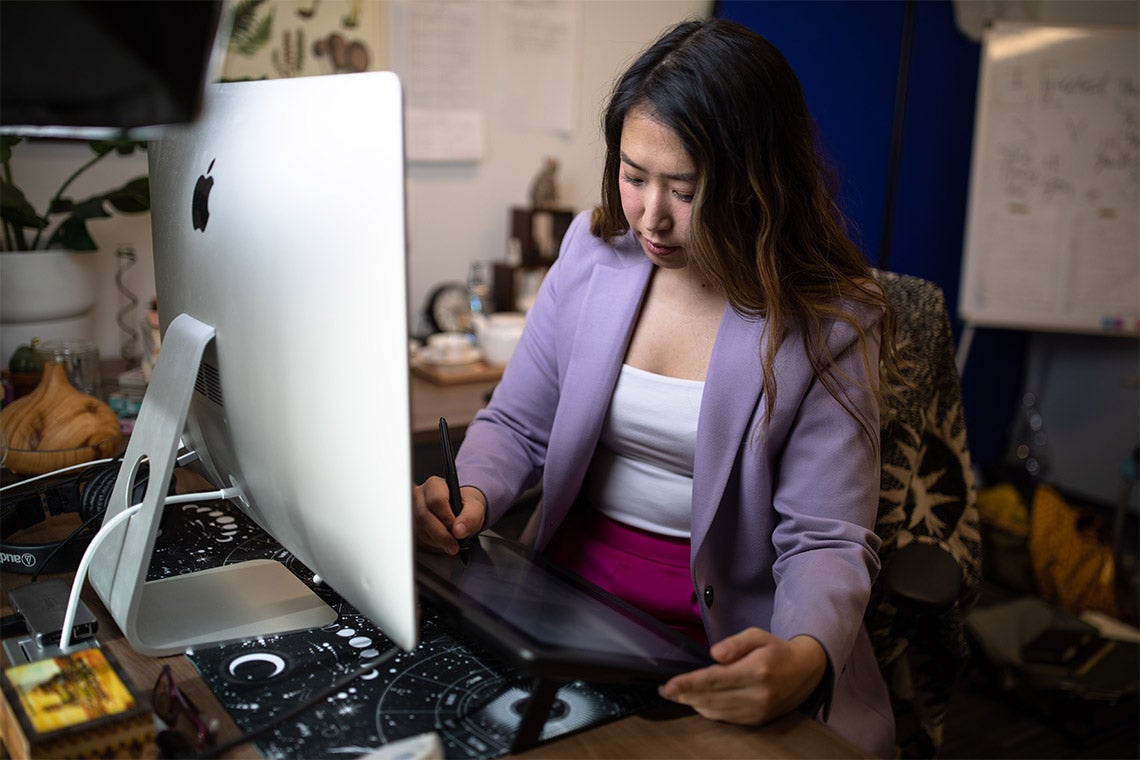 Starting in the winter semester, the digital comics will be shared through U of T Mississauga’s International Education Centre via social media, as well as classrooms, student orientations and student-leader training programs to promote intercultural competence and empathy in the university community.

While her own early experiences laid the foundation for the project, Taniguchi says she was also inspired by her students’ stories about how they cope with their own language barriers – and how similar their stories were to her own.

“Students will tell me things like, ‘I'm so sorry, my English is so bad,’ or apologize about the language that they use,” she says. “That’s heartbreaking to me as a teacher because language is so strongly tied to your identity. It's a part of who you are.”

Taniguchi related to their struggles and wanted to provide these students an outlet to share their experiences. She felt that digital comics were a great way to do it: they can tell a story in a simple way, and they are accessible to everyone.

“There are a lot of things you can communicate with comics,” she explains, adding that they can be valuable tools for teaching technical aspects of language like sentence structure.

As a linguistics educator, Taniguchi feels that linguistics should be centred around lived experiences.

​As part of the L'IMAGE project, each digital comic will also include an infographic that educates the readers about the language’s linguistics – for example, a comic about the Arabic language experience will be accompanied by an infographic about Arabic linguistics.

Taniguchi hopes that the project will empower linguistic-diverse and culture-diverse students at U of T.

“I hope that they feel that their linguistic identity is valid and that it's OK for them to have a complex multilingual identity. I hope they feel more proud of who they are after this project,” she says, adding that the project can also serve as an education tool for all students. “If you've never heard some of these stories before, I hope that you will learn to empathize with communities that you are not a part of. I think we can create a wonderfully inclusive, diverse and welcoming environment. That's my ultimate goal here.”