The Prince of Wales and the Professor: Patricia McCarney speaks at world sustainability forum 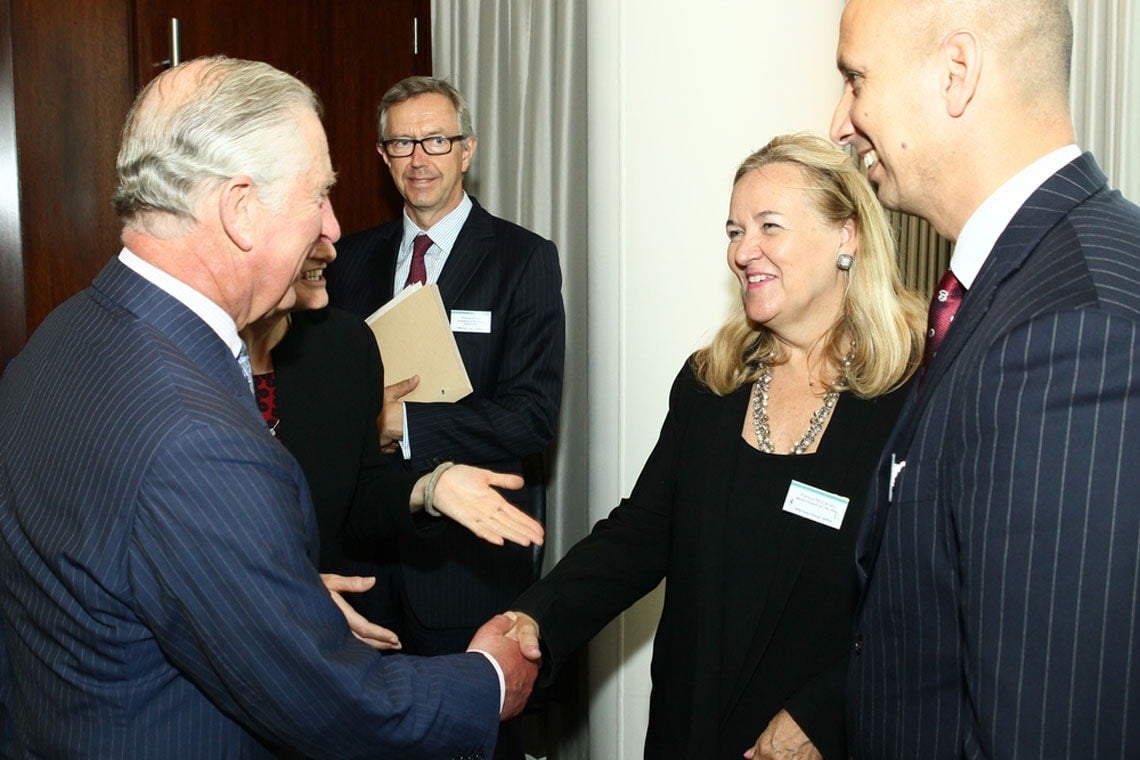 As the director of U of T’s Global Cities Institute, Patricia McCarney is no stranger to invitations to speak at conferences. But the email asking her to give a talk at a recent sustainability forum in London was different from most such requests because of the sender – His Royal Highness The Prince of Wales.

The Prince, well-known for his concern for the environment and sustainability, invited Professor McCarney to speak at Measure What Matters, a forum held in London last week to discuss the world’s progress in achieving the recently adopted United Nations mandated Sustainable Development Goals (UN-SDGs.)

In addition to the Prince’s invitation to speak at the forum, McCarney was invited to sit on the international advisory board for Measure What Matters as one of a select group of leaders from international agencies, global corporations and think tanks. “It was a great honour,” McCarney told U of T News.

The 17 Sustainable Development Goals were adopted at a meeting of world leaders last fall and came into force on January 1 of this year. The Measure What Matters forum was organized by the Prince’s Accounting for Sustainability organization and other groups to inspire action towards actually meeting the goals.

Prince Charles invited McCarney to Measure What Matters because of her research on sustainability and cities. In particular, the Global Cities Institute and its sister organization, the World Council on City Data, has developed tools and ISO globally standardized indicators to measure progress towards urban sustainability.

“Only one of the 17 SDGs – goal 11 – is directly related to cities,” McCarney said, “but most of the SDG’s involve cities, because the majority of the world’s population lives in urban areas – almost 84 per cent of citizens in Canada live in cities. City metrics are really at the core of success for countries reporting on the SDGs.”

“All of the other goals – whether on air quality, quality of transport, quality of livability in public spaces, energy goals – are very much driven by cities, so we have mapped all 17 goals – not just goal 11.”

McCarney said the participants in the forum were very receptive to her message about the need to involve cities. For example, the delegate from the national statistics ministry from the Netherlands said his government was very interested in tracking urban data as it strove to meet the 17 SDGs.

Another interested party, she added, was the Prince of Wales himself. “Following our Board meeting, we were in a small group session having coffee and he approached me to advise that he thought our work at the Global Cities Institute on standardized data would be a very important complement to the work of his own project on sustainable urbanism.”

The Prince said he would like to introduce her to the head of his Sustainable Urbanism project and he has already followed up on this. “And now we will be discussing joint goals.”

It’s not only the Prince of Wales who is interested in sustainable urbanism, she said. There is growing awareness generally of the important role of cities for the global environment.

“The moment has arrived. Finally, people understand that all of these issues hit the ground in cities.”