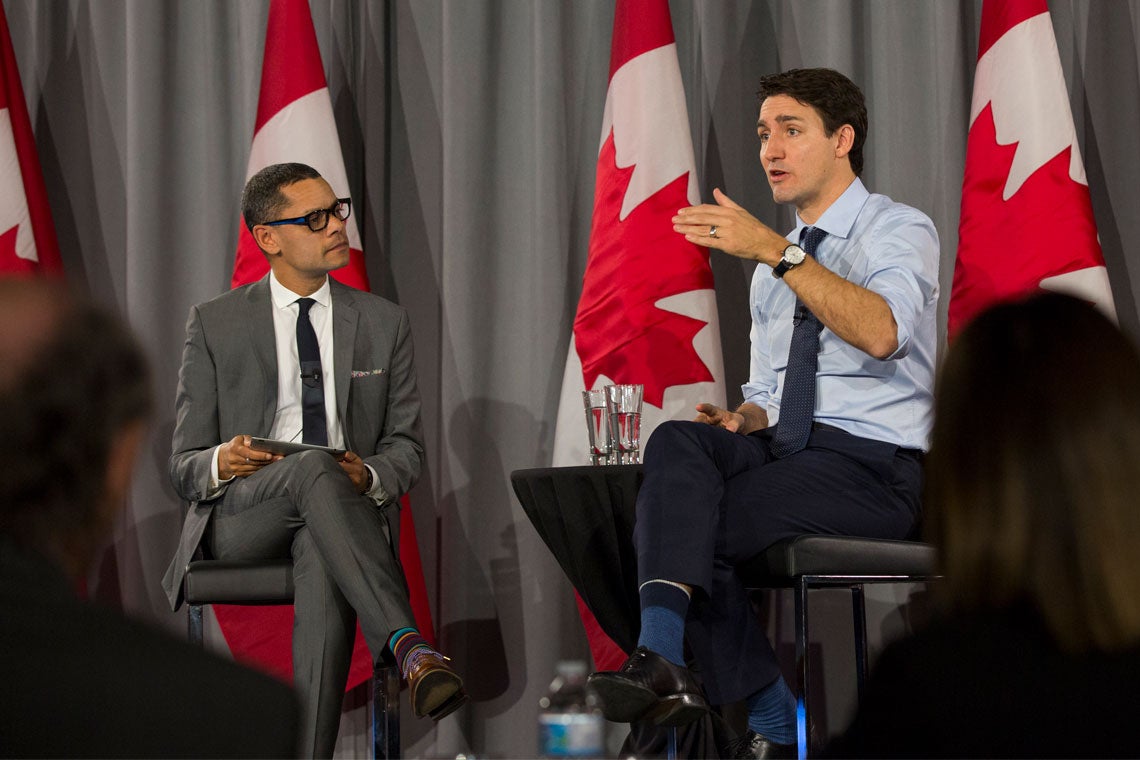 Prime Minister Justin Trudeau made an appearance today at University of Toronto’s Rotman School of Management, where he talked to CBC Metro Morning host Matt Galloway about a number of social issues including housing and sexual harassment.

The event, Looking Ahead: Preparing For the Next 25 Years of Social Policy, was organized by the Maytree Foundation and Caledon Institute of Social Policy, both public policy organizations that tackle poverty reduction.

Last week, when unveiling the Liberal government’s $40 billion national housing strategy, Trudeau called housing a human right, which elicited a round of applause from the audience at Rotman. The 10-year plan would include repairs and construction of social housing and support for families in need.

“Housing is not a problem, it's a solution,” said Trudeau, drawing on previous remarks by Toronto MP Adam Vaughan. “It's a building block, it's a way to solve challenges around poverty, around exclusion, around mental health, around addiction, around economic opportunity, education.”

Monday’s event also comes a day before Trudeau is due to offer an apology on behalf of the Canadian government to LGBTQ public service and military workers who faced persecution by the government.

“Apologies are … really important to be able to move forward in a healing way that acknowledges the very real inter-generational impacts or impacts on an individual around mental health and self-worth and around how you fit into your community,” he said, adding that politicians marching in gay pride parades sends a strong message about fighting discrimination.

As incidents of sexual harassment in Hollywood and on Parliament Hill continue to make headlines, "there is still much more to do," Trudeau said.

“There is an awakening happening over these past weeks, but it has taken years and decades of activism and pushing and frustration and wilfully ignoring the facts by institutions and cultures to get a change to happen."

There is a zero-tolerance policy for sexual harassment on Parliament Hill, Trudeau said, but it still faces similar challenges to other workplaces.

“We also have the responsibility to lead and be a model for solving the challenges that exist elsewhere,” he said.