President Meric Gertler talks to CBC, the Globe and Mail about actions U of T is taking on mental health 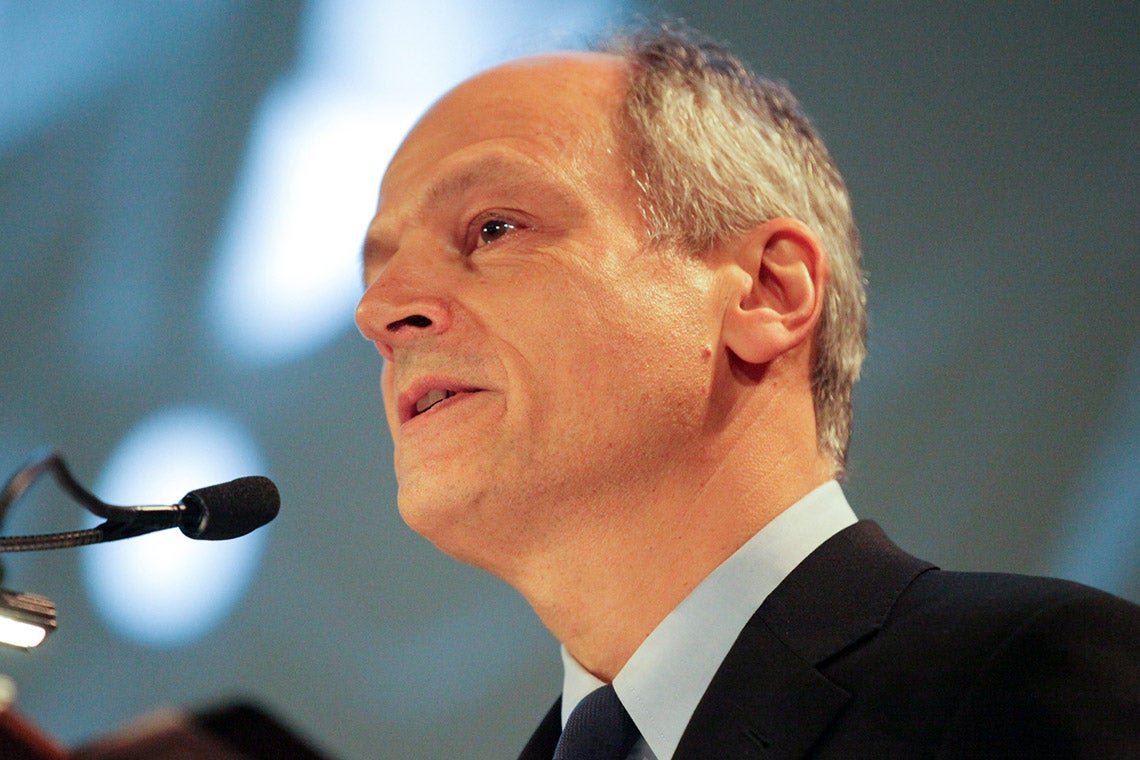 U of T President Meric Gertler (photo by Jon Horvatin)

University of Toronto President Meric Gertler said he was devastated to learn of the death of a student on campus last week, particularly since the university has been working to address issues surrounding mental health on campus for the past six months.

“Our hearts go out to the family and friends of this student,” President Gertler said in an interview Wednesday on CBC Radio’s Metro Morning.

He added that U of T has taken several steps to boost its mental health services in recent months, including the addition of drop-in counselling at Robarts Library during exam season and a free service for international students that allows them to receive support in dozens of languages via a smartphone app.

Read more about the actions that U of T is taking

President Gertler said U of T is looking at many different aspects of mental health on campus, including what some have dubbed a culture of competitiveness. As an example, he pointed to a student-led town hall in March that focused on the stress computer science students may face in moving from first to second year. “I’m happy to say that, as a result of those consultations, big changes are being made,” President Gertler said.

In the Globe and Mail, meanwhile, President Gertler noted that U of T has invested $3 million over the past two years to provide more mental health resources on campus, where demand for such services is growing even if rates of suicide have not.

Read his remarks in the Globe and Mail