President Gertler to begin term as vice-chair of Universities Canada 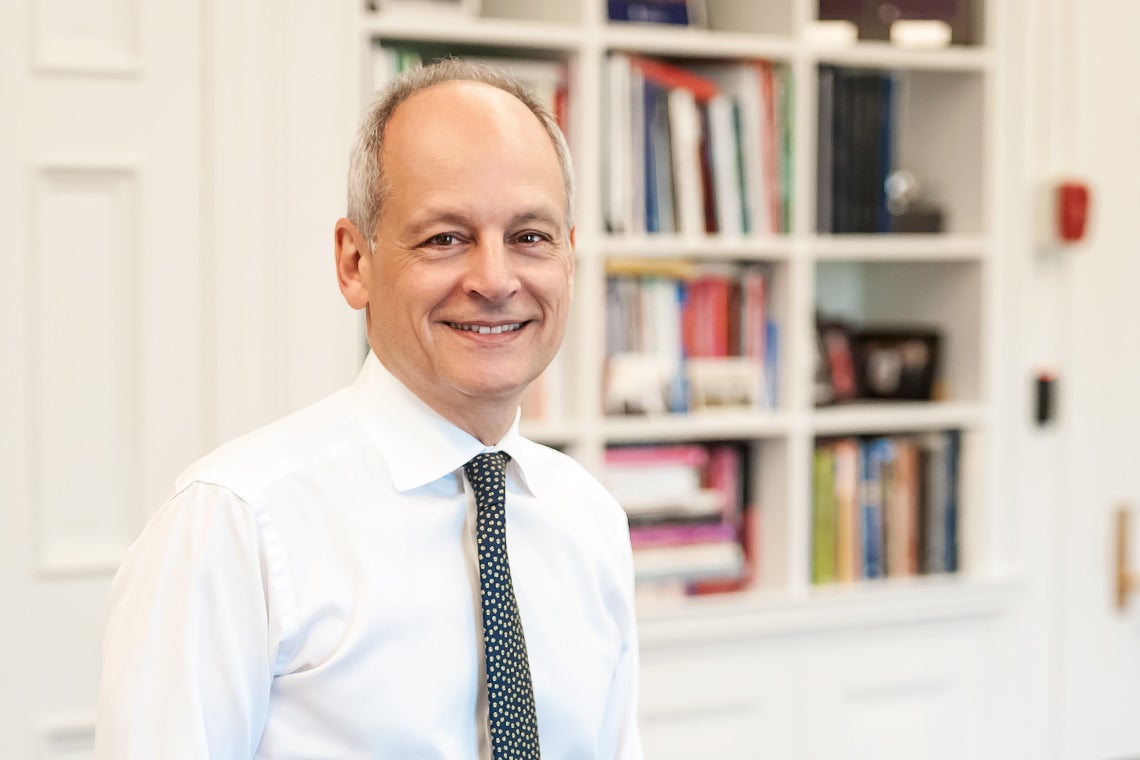 Meric Gertler, president of the University of Toronto, has been named vice-chair of the board of Universities Canada, a national advocacy organization that represents Canadian universities.

An internationally renowned scholar and one of Canada’s most highly cited geographers, President Gertler’s research focuses on how urban economies have become leading sites of innovation around the world.

He begins his term this week and will serve with chair Sophie D’Amours, rector of the Université Laval in Quebec City.

“I am delighted to have this opportunity to collaborate with Professor D’Amours and all of our colleagues across the country in pursuit of our shared goals,” President Gertler said in a statement.

“Universities Canada plays a vital role in the advancement of higher education and research, and in helping to shape a prosperous, sustainable and inclusive future for all Canadians.”

President Gertler has long experience in working collaboratively with partners in post-secondary education to strengthen Canada’s universities and enhance their broader social and economic contributions.

He recently completed a two-year term as chair of the U15 group of Canadian research universities and continues to serve on the Executive Committee of the Council of Ontario Universities. As a board member and former co-chair of the Business/Higher Education Roundtable, he has championed the expansion of experiential learning opportunities for students and promoted more extensive research collaboration with Canadian businesses.

He also initiated the ongoing collaboration among the presidents of Toronto’s four universities, which has led to projects such as StudentMoveTO, the first-ever study of students’ daily commuting experiences in the GTA, and StudentDwellTO, a study of the affordable housing challenges facing students in the Toronto region.

Under President Gertler’s leadership, U of T has played a greater role in city-building, expanded global opportunities for students and scholars and focused on reimagining undergraduate education during a time of unprecedented change in the economy. The university’s many achievements during his tenure include: the launch of the School of Cities, an interdisciplinary hub for the university’s many urban experts; the establishment of the Schwartz Reisman Institute for Technology and Society; and the creation of the Lester B. Pearson Scholarships, which bring some of the world’s brightest young minds to Toronto from around the world.

Following his one-year term as vice-chair, President Gertler will begin a two-year term as chair of Universities Canada.

Paul Davidson, president of Universities Canada, said in a statement that President Gertler’s expertise will be invaluable.

“Meric’s expertise, leadership and commitment are great assets for the university sector,” he said. “I look forward to working even more closely with him as Canada’s universities support the country’s COVID-19 recovery.”