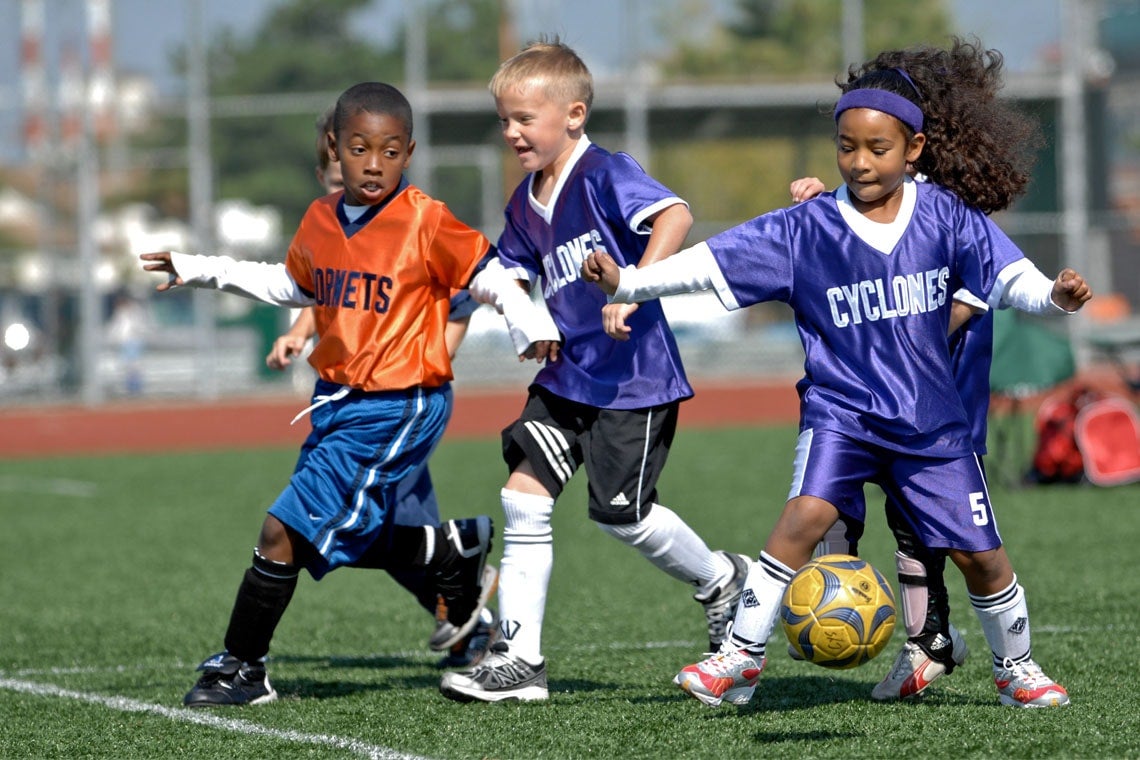 Children playing sports and taking part in physical activity should ingest at least five grams of protein after exercise, according to new U of T study (photo by USAG-Humphreys via Flickr)

A new U of T study has found that children taking part in physical activity should ingest at least five grams of protein after exercise to promote healthy growth.

Consuming as little as five grams of protein is enough to achieve a positive protein balance, which is a prerequisite for growth in healthy, active children, according to the study, which was published this month in the Journal of Nutrition. The study was a collaboration between researchers Daniel R. Moore, assistant professor at U of T’s Faculty of Kinesiology & Physical Education, and colleagues at McMaster University and the Nestlé Research Centre in Switzerland.

“The growth of bone and muscle in children is related to how their body breaks down old proteins and rebuilds new ones. In order for children to grow, the balance between synthesis and breakdown has to be positive,” says Moore. “We knew that for adults to be in a positive protein balance, especially after exercise, they have to consume protein, but we didn’t know if that was also the case in children and, more importantly, how much protein children might need.”

Moore suggests giving children a snack with a bit of protein after physical activity in which energy is spent, anything from vigorous play to hockey practice. Instead of a protein-free sports drink or juice, 250 ml of milk translates into eight grams of protein – three grams more than the minimum amount of protein recommended in the study.

“But before you give your kids the all clear to drink chocolate milk all day, remember that exercise should come beforehand as this will be the most important factor to stimulate growth of muscle and bone,” says Moore.

The children in the study were given zero to 15 grams of protein following exercise like a hockey game. After taking their blood and breath samples, the researchers determined that the children who didn’t consume any protein over three hours after exercise stayed in a negative protein balance.

“This doesn’t mean that they were losing muscle mass, but they weren’t gaining any either,” says Moore.

The next step would be to determine whether the effects of ingesting protein will be the same if done right after exercise or three hours later, Moore says. And, if this greater protein balance can be sustained over several days or even weeks.

Finding answers to these questions could translate into more accurate recommendations for the optimal growth and development of lean body mass in children with an active lifestyle, he says.