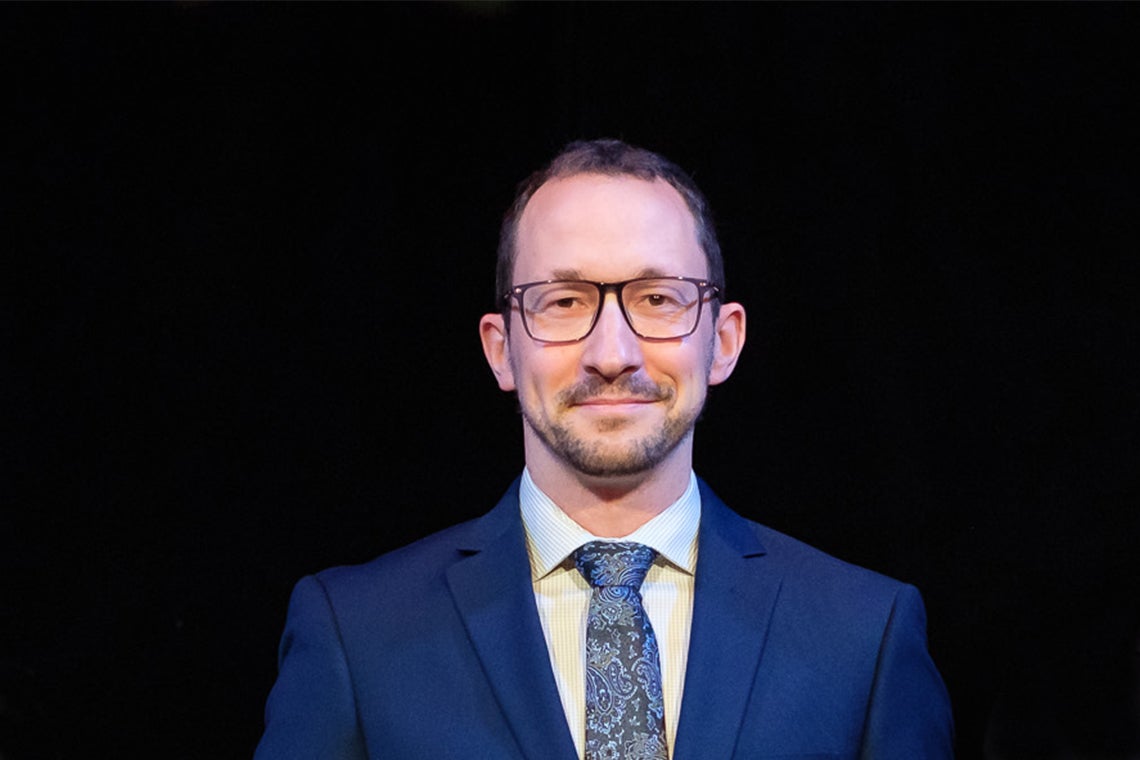 Ryan Henderson, an alumnus of U of T’s Lawrence S. Bloomberg Faculty of Nursing who is a trauma ICU nurse at St. Michael's Hospital, helped bring home Canadians who were stuck on the Diamond Princess cruise ship in Japan (photo by Gustavo Toledo)

With his training as both an emergency room nurse and as a nursing officer in the military, Ryan Henderson has learned to be quick on his feet.

The alumnus of the University of Toronto’s Lawrence S. Bloomberg Faculty of Nursing says being able to solve a problem and pivot to adapt to any situation are critical skills for a nurse – particularly during a global pandemic.

“It’s funny that those soft skills we learned in the nursing program – things like reflective practice and resiliency – not only work, but have in many ways prepared us to be on the front lines during COVID-19,” Henderson says.

He adds that the ongoing challenges facing nurses in 2021 reflects “how heavily society has come to rely on nurses rising to the occasion in very dark times and being a stalwart support for the patient.”

As a trauma ICU nurse at St. Michael’s Hospital in downtown Toronto, a COVID-19 hotspot, Henderson says he has had to adapt to a shifting work environment. Amid rising COVID-19 case numbers and an influx of patients, Henderson and his fellow nurses are now working in what is described as a “pod model,” where one nurse is assigned to three ICU patients.

“The landscape is still changing,” says Henderson. “But I am lucky to be able to have a great team of nursing colleagues around me.”

During the early days of the pandemic, Henderson found himself acting as a COVID-19 co-ordinator in his unit. Taking on a job that had never existed before, Henderson was responsible for bridging the gap between various care units and staff as the first cases of COVID-19 were admitted.

“I was working the night shift and some respiratory therapists came up to myself and my fellow nurse colleagues asking about our respiratory equipment and preparedness for these patients – and it really caught us on our heels,” Henderson recalls.

Henderson says he worked on a strategy to deal with a sudden deluge of information – whether it was pertaining to best practices for COVID-19 treatments or co-ordinating transport plans for COVID-19 patients who required CT or MRI scans.

“There was a lot going on,” says Henderson. “I needed to make sure that any staff encountering a positive patient were safe, which required significant planning. Nursing is a challenging job and stresses like these – a humanitarian crisis, a mass casualty event – can highlight cracks [in the system] and deepen them.”

Henderson is no stranger to challenging situations. As a nursing officer with the Canadian Armed Forces, he has been trained to be prepared for a variety of situations, and his passion for nursing has helped fuel him to do his best work, even when it involves risk.

Before thousands of COVID-19 cases arrived on Canadian shores, Henderson was working as a medical liaison at Canadian Forces Base Trenton, helping to prepare the area for Canadians who were being repatriated from around the world, including those who has been aboard cruise ships. 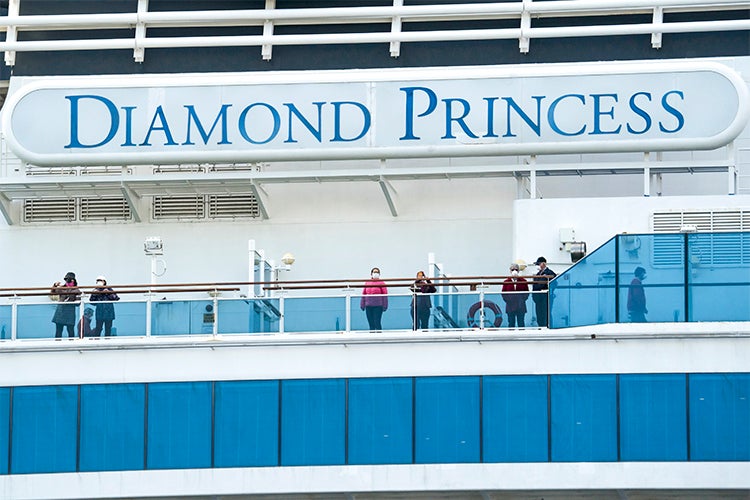 At the time, the Diamond Princess cruise ship docked in Yokohama, Japan was making headlines as the SARS-CoV-2 virus spread. To repatriate Canadians stuck on board, the military was called upon to support Global Affairs Canada. With just four hours notice, Henderson found himself on a plane overseas.

“I didn’t even have my passport on me,” Henderson says. “But, as a nurse, that’s what you are trained to do: adapt and be there ready to provide the best care that you can.”

Tasked with preparing personal protective equipment (PPE) and medical supplies in case patients deteriorated on the flight back to Canada, Henderson and his team collaborated closely with staff from Global Affairs Canada, the Public Health Agency of Canada and local Japanese authorities. Their work included the development of a risk stratification seating plan with strict distancing requirements.

Henderson recalls the logistical challenge of going room to room onboard the massive cruise ship in full protective gear to screen Canadian passengers.

“I think I appreciated the risk that was involved in that moment,” he says, “but I didn’t hesitate.”

Looking back, Henderson ways it was surreal to watch media coverage of the Diamond Princess cruise ship crisis, including the documentary available on CBC.

“It makes me proud of how I contributed to that historical moment and played a part in the human aspect of it,” he says.

In an effort to provide a humanizing moment for passengers, Henderson and a physician colleague wrote a “script” for the plane ride back to Canada in which they honoured the hard work of the passengers in overcoming a challenging experience.

“After being isolated for weeks alone, you could sense how worried everyone was and we wanted to reassure them in some way,” says Henderson.

Thirty-six hours after boarding the cruise ship, Henderson was back in Ontario on a bus to a quarantine facility in Cornwall, Ont.

“That was the most fatigued I have ever been. I was going on passion, coffee and adrenaline,” he says.

That passion for providing quality care, problem solving, analyzing and interpreting information has inspired Henderson to pursue a graduate degree focused on health care. He is also back with the Canadian Armed Forces, training to become a critical care flight nurse who can support future humanitarian aid missions and repatriate injured members of the military.

“Nursing has been very good to me, despite the challenges and the stresses. It has given me a lot of opportunities,” Henderson says. “As nurses, we have to touch and support every patient we encounter. It’s a special role and I’m glad to be a part of it.”