One small step for man, one giant leap for these U of T engineering students 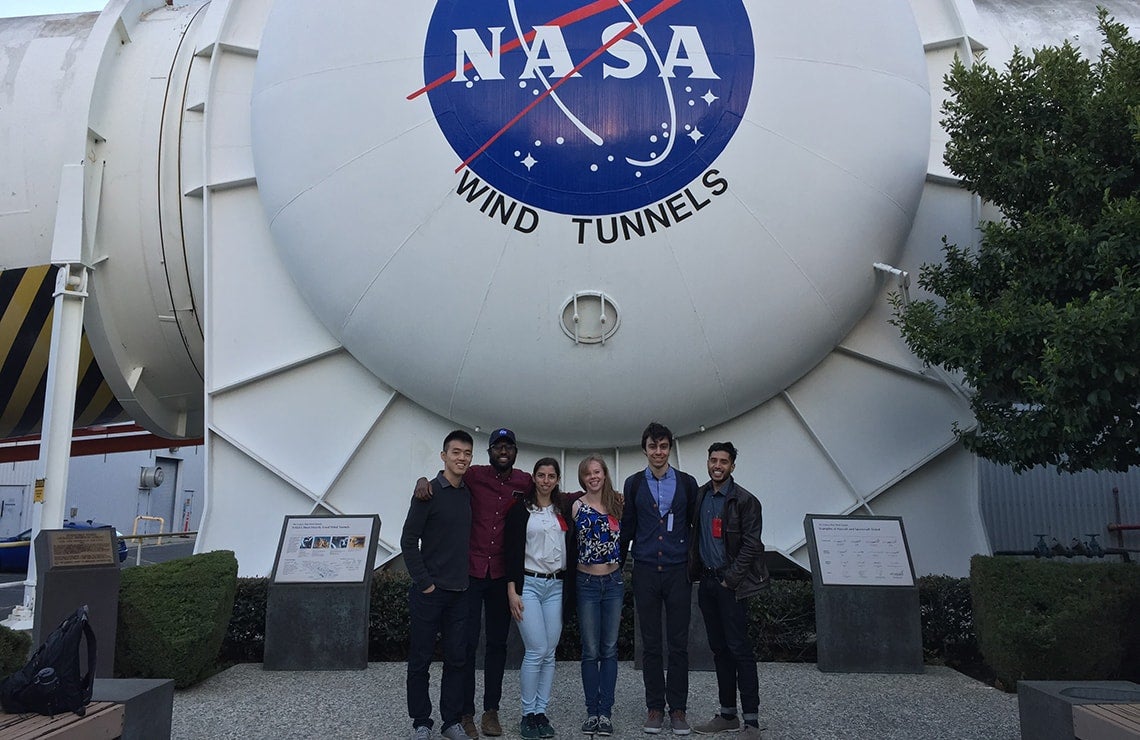 University of Toronto engineering students recently completed a project that was out of this world, in more ways than one.

They brought the far-off prospect of a mission to Mars a little closer to reality by devising a possible solution to a problem with deep space travel: the need to pack light and yet bring everything necessary.

With help from their U of T supervisor, assistant professor of chemical engineering Cathy Chin, and advisers at NASA, the undergraduate students came up with a way to make products like food, pharmaceuticals and fuel using elements of the Martian atmosphere.

The U of T project would require much more testing before it could safely be deployed after travelling millions of kilometers through space. However, it shows promise, according to NASA environmental scientist John Hogan.

“Their work may have real applications,” he told U of T News. “Both in the future of Earth and in space, being able to efficiently manufacture materials from carbon dioxide will be a very valuable capability.”

Using carbon dioxide, which is abundant on the red planet, the U of T students say astronauts can follow a two-stage process to make acetic acid – a key component in vinegar. They chose that compound because there are well-established processes for making it, and it can be easily metabolized by bacteria to make useful products in bioreactors, explained Stephanie Gaglione, a chemical engineering student and Rhodes Scholar involved in the project. (A bioreactor is a vessel in which living organisms, particularly bacteria, synthesize materials.)

“Organisms can make very complex products that can't be made by just mixing together chemicals,” she said, “but you need to feed these organisms carbon and an energy source.”

It was up to the mechanical engineering students, with expertise in thermodynamics, to test the concepts and see if they made sense within the constraints of a Mars mission.

“As a mechanical challenge, it's a really interesting system,” said Kate Lonergan, in her last year of a bachelor of applied science in mechanical engineering. “As soon as you send anything into space it just takes on so many extra considerations.” 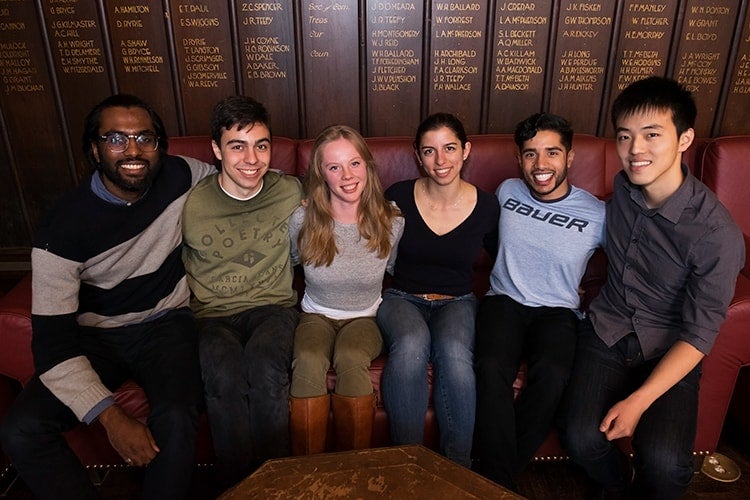 The U of T team devised a way to make food, pharmaceuticals, fuel and biopolymers using compounds from the Martian atmosphere (photo by Geoffrey Vendeville)

Among other design challenges, the system had to have a lifespan of at least 1,000 days, need little maintenance and be safe to operate – even in case of failure – so as not to endanger the astronauts.

The students say the system is capable of producing 24 kilograms of acetic acid per day and is 70 per cent more efficient than shipping everything needed to the planet. NASA's target for a mission to Mars is the 2030s.

In the spring, Hogan, the NASA scientist, invited the U of T students – Haroon Dawood, Gaglione, Jason Martins, Lonergan, Madhushan Perera and Kevin Wang – to NASA's Ames Research Center in Mountain View, Calif. for a tour.

The students were shown around the thermal protection systems branch, where they saw heat-shielding technologies that allow spacecraft to re-enter Earth's atmosphere, and the labs of the bioengineering branch, where they were shown waste processing, water recovery and synthetic biology labs.

“I hope that [the U of T students] see that space exploration is an endeavor that expands the mind to new possibilities,” Hogan said in an interview.

The project was part of U of T's multidisciplinary capstone design course, an opportunity for engineering students of different backgrounds to work together on topics like airplane engine design or health-care delivery and receive advice from industry partners.

Martins, a chemical engineering student and Gates Cambridge Scholar, said the work was eye-opening. “I was most surprised to learn that there are many processes and pathways to utilize carbon dioxide, rather than just treating it as a polluting greenhouse gas,” he said.

The students are optimistic that their work has paved the way for further research into manufacturing basic materials on Mars – maybe even earning them a tiny footnote in the history of space exploration.

“It would be nice to see someday when [the mission to Mars] does succeed that we made even the smallest of contributions to it,” Gaglione said.

See a poster of the team's work below: