One Ls: Meet four of the Faculty of Law's first-year students 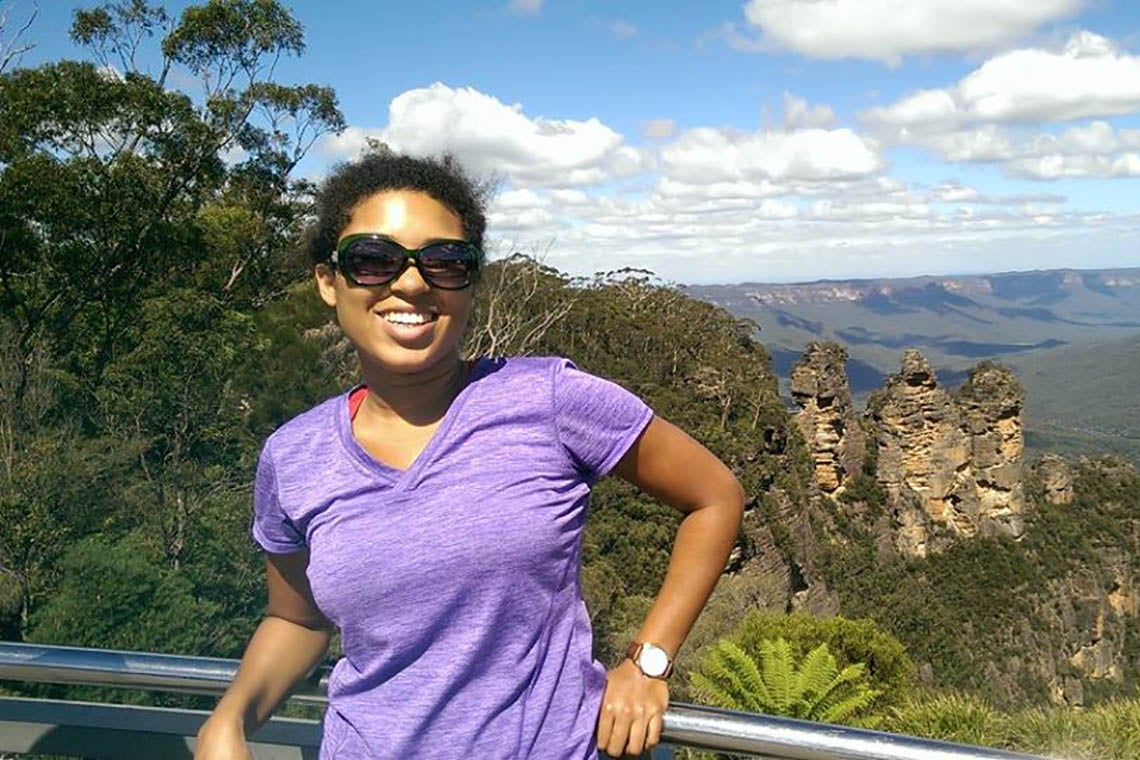 “It’s a frustrating and complex situation, though the people I spoke with bear it with resilience and grace,” Rebecca Barclay says of a Tibetan refugee camp in Nepal. “I want to help them, and I cannot think of many better solutions than legal recourse”

Born and raised in Vancouver by a mother who blazed her own impressive trail, Rebecca Barclay grew up curious and compassionate. When she encountered those who were less fortunate, she empathized and wished she could be of more help. The law, she thought, might be a good way to do it.

So after completing a degree in international relations, Barclay worked as a legal administrative assistant. She broadened her world view by continuing a tradition of travel that was initiated early on by her mom. “She really prioritized it. Every year we would go on at least one trip that required our passports,” Barclay says.

Over time, Barclay would cover some 38 countries spanning six continents; twice, she travelled with a service team to China. Several adventures were solo, or with a friend she met while backpacking through Europe. What she saw solidified her determination.

“We visited a Tibetan refugee camp in Nepal,” Barclay says. Residents there are trapped in a life of limbo, with no citizenship, and no practical way to participate in the economy, she says. “It’s a frustrating and complex situation, though the people I spoke with bear it with resilience and grace. I want to help them, and I cannot think of many better solutions than legal recourse.”

So of all her adventures and eye-opening destinations, Toronto may well be the most impactful one. “All the opportunities I get at U of T will really cement where my skill set can best be used to impact change,” she says, adding that she envisions a career focused on defending and expanding human rights, either as a lawyer or at a United Nations organization or an NGO.

Among the law school’s many offerings that excite her, Barclay is intrigued by Law in Action Within Schools (LAWS), an educational and mentorship program that encourages youth from cultures under-represented in the legal profession to consider careers in law.

Although more women of colour are climbing to the top of their professions, such success stories were especially rare when Barclay was growing up. “I would feel so privileged to be able to be that example to younger girls who are searching for their reflection in the world around them.” For Ahmed Elahi (pictured left), law school is just another challenge in a lifetime filled with them, starting with his childhood in Lahore, Pakistan. He was educated in English, but spoke Urdu everywhere else. “I felt like there was kind of a split between what I was learning in school, how I was articulating it, and how a lot of my personal life went,” he says. “It was difficult to relate what I was learning in school to the personal life I had.”

When Elahi was 17, his parents took their four children to Canada, hoping to open their world to better opportunities than they’d had at home. But life in Brampton, Ont., was difficult. Although his father was an engineer and his mother a nurse, neither could get licensed to work in their professions. “It was very hard for them,” he says. “They thought they’d have an easier time perhaps re-establishing themselves in their careers and also adjusting culturally. But in the first few years they couldn’t find steady jobs anywhere. So there was economic insecurity too.”

Elahi completed an undergraduate degree at U of T, majoring in political science and philosophy. Along the way he collected a string of scholarships, honours and awards while also working as a teaching and research assistant on campus and as a copy editor for the undergraduate political science journal. Still, he didn’t consider law school as a realistic option. “At that time, I just pictured the perfect law student, and I thought maybe I was too weak in my extracurricular activities. It just seemed like a daunting task,” he says.

Elahi attended the Law School Access Program (LSAP) for low-income students the summer after third year. “I realized that lawyers were asking the same sorts of questions about institutions and society that I was,” he says. “I saw that law could be quite an interesting career.”

Elahi is still intimidated by the road ahead, but he’s excited too. “I’m really interested in constitutional law and the rights and freedoms of individuals,” he says. “I really want to improve life for people in Canada who face disadvantages. Whether they’re immigrants or people with disabilities, or other marginalized communities.” “There were definitely expectations from my professors, who wanted me to go to a great PhD program,” she says. “It was like that was my only choice.”

Her promise as a bright young scientist led her to Oxford University. But two terms there made her realize she did have other choices. And she wanted a chance to pursue them. “Trump got elected while I was at Oxford and it was pretty intense,” she recalls. “It forced me to think about things I take for granted. About my freedom of mobility and how there are immigrants who have to fight to stay in Canada or the U.S.” That led to a deeper level of soul searching.

“It made me realize if I’m not fighting for myself as a minority, then who will fight for me? I started looking into things I could do to change the situation, and I realized that law school might be a good option.”

Feng decided to leave Oxford and take a gap year. Her focus on scientific research had obscured a list of other, widely varied interests. She’d long been fascinated by divinity, for example, and had intended to study Buddhism along with chemistry in college. She volunteered at the campus Chabad House, hoping to learn more about what she suspects might be her own undiscovered Jewish roots. Feng was also involved with Machik, a non-profit whose chief mission is expanding educational opportunities in Tibet. “In all those years, I was doing things for human rights, but because I was in science there weren’t really opportunities to pursue that,” she says.

So during her year off, she applied to law school. She also began learning Hebrew, and plans to earn a certificate in Jewish Studies while she’s at U of T. Now it’s science that’s dropped off her radar, at least for the time being. “I want to keep my options open,” Feng says. “But in my wildest dreams, I would hope to be a professor of humanities and law, or be an advisor to politicians.” Think all law students come from the same mould? Look no further than Sarah Feutl (pictured left). A theatre kid since middle school, she has spent most of her young life in the performing arts. She majored in theatre as an undergraduate.

Her favourite role? “I played Puck (from Shakespeare’s A Midsummer Night’s Dream) in my final year. I loved it,” she says. “It was such a fun, mischievous role. Really physical.”

In fact, when you ask Feutl why she decided to go to law school, her answer is pretty blunt. “That’s a question I’ve asked myself a lot too,” she says with a laugh. “I love theatre. I always will and I’ll always advocate for the arts. But there was only so loud and so useful my voice could be without more training. I needed better skills to effect the change that I wanted to.”

Feutl grew up in Edmonton. Both her parents are journalists who encouraged their kids to ask questions, have opinions, and be curious. She launched and ran a free after-school drama program at a nearby elementary school when she was in Grade 12, which continued into her university years. She also volunteered with an employment-readiness program downtown, helping new immigrants and homeless people find jobs.

“People were feeling completely overwhelmed by the system. They had no advocate and no person to guide them,” she says, with obvious frustration. “It’s my hope that by going to law school, I will have more of a chance to find the tools to effect real change.”

In order to make it happen, Feutl is counting on student financial aid from U of T, which she’ll supplement with provincial and federal loans. “I don’t want to be stuck in a hole with debt for the next 20 years,” she says. “I’m hoping for as much aid as possible. Especially since the type of work I’d like to go into after law school will likely be a much lower paying job than one on Bay Street.”

Her dream scenario? “I’d like to be working for an NGO or not-for-profit foundation that supports international human rights. But also, still be creating theatre on the side or having time to take breaks to create theatre or do shows,” Feutl says. “It’s not necessarily grounded in reality. But I’m going to work really hard to keep both those passions going.”

Back To School 2018Faculty of Arts & ScienceFaculty of LawGlobalMentorship