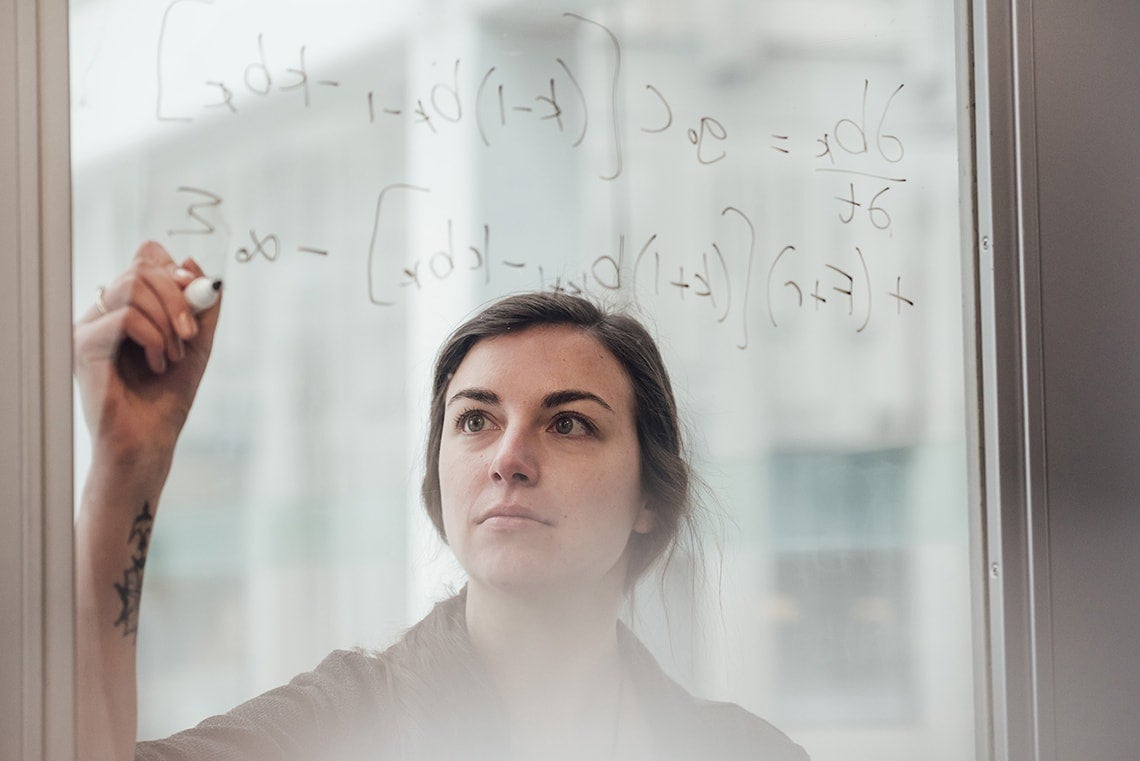 We go to the gym, count calories and take our vitamins – all in an effort to stay fit and avoid getting sick. But are we actually healthy?

Enter PhD candidate Madeleine Bonsma-Fisher in the Faculty of Arts & Science's department of physics, one of two U of T scientists given a boost today by the Natural Sciences and Engineering Research Council of Canada (NSERC). A member of Professor Sidhartha Goyal’s research group, she studies our bodies' microscopic communities, called the “microbiome” to learn what it means to be healthy and was awarded an NSERC Gilles Brassard Doctoral Prize for Interdisciplinary Research.

The other U of T scientist awarded an NSERC today has helped fuel the development of self-driving cars.

Raquel Urtasun of the Faculty of Arts & Science's department of computer science received an E.W.R. Steacie Fellowship to advance her work in the field of machine perception, particularly its use in the development of autonomous vehicles. Urtasun has developed a benchmark series of challenges for autonomous vehicles to test their performance. 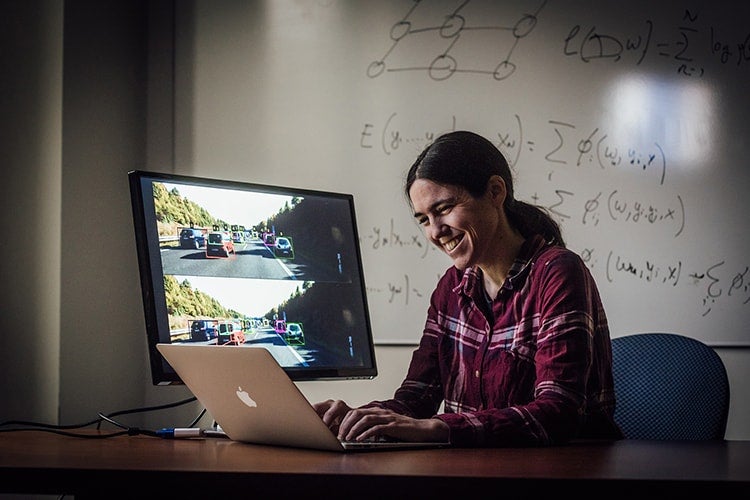 “My congratulations to our NSERC award winners,” said Vivek Goel, U of T’s vice-president of research and innovation. “They are both conducting research that is pushing the boundaries of human knowledge in areas that have remarkable potential for societal impact. We are grateful to NSERC for this recognition of and investment in U of T researchers.”

Bonsma-Fisher studies a recently discovered immunity mechanism found in about half of all bacteria. Our bodies are filled with bacteria and viruses that attack them, known as phages. Some of these tiny organisms float harmlessly along while others are ticking time bombs that could cause infections, diseases and even obesity.

The microbiome is unique to each person, and diversity and adaptation among bacteria and phages make it difficult to say for certain what a healthy microbiome looks like. The newly found immunity mechanism allows bacteria to keep a record of each attack it encounters with a phage. Bonsma-Fisher hopes to use this record, along with large amounts of publicly available human microbiome data, to understand the interactions between bacteria and phages. Locating common features across many individuals will help determine the characteristics of a healthy microbiome.

“At this early stage of my career, it’s valuable to meet and learn from other scientists, and this award is giving me that opportunity to an overwhelming extent,” said Bonsma-Fisher. “The connections it makes possible will – at the very least – leave me knowing more than I did, and at most they can lead to exciting new ideas and collaborations.

“I’m a physicist working at the interface of disciplines and am learning most of the biology as I go. There’s nothing better than learning it from others at the forefront of the field.”

Her research will provide a more detailed account of the foundations of human well-being and how microscopic organisms affect our bodies. It will also help other researchers develop new treatments for common conditions to keep us healthy from the inside out.

Urtasun, on the other hand, is a pioneer in the area of machine perception.

During an era in which robotics and artificial intelligence (AI) are beginning to play a very important – and very personal – role in our lives, Urtasun has developed algorithms that allow vehicles to perceive and understand the environment in three dimensions and in real time.

Her work is enabling autonomous vehicles to navigate the streets safely and swiftly while detecting other vehicles and obstacles on the road and accounting for factors such as motion, speed and traffic flow.

She developed the KITTI (Karlsruhe Institute of Technology and Toyota Technological Institute at Chicago) benchmark, a series of challenges for developers of autonomous vehicles that are used to test their creations and assess the performance of their systems. KITTI has helped to significantly push forward the field of self-driving cars and has been heavily used by more than 500 groups both in academia and industry, including Daimler, NVIDIA, Baidu, Samsung and Toyota.

“I am honoured and humbled to receive this award” said Urtasun, an associate professor of computer science and Canada Research Chair in Machine Learning and Computer Vision. “This award is recognizing the work of my research group of students, postdocs and collaborators who are not only tremendous researchers but also amazing individuals. Their hard work, perseverance and willingness to go outside of the box have been the key to our success.

“This award will enable us to focus on new exciting directions in the development of new AI algorithms and applications.”

A key goal of Urtasun’s work is doing more with less – using fewer cameras and sensors to capture greater amounts of information and detail about a dynamic environment. Her research is advancing the state of the art for industry and helping to make personal robotics more accessible and affordable for everyone. Her current goal is to adapt her technology to make cities smarter and better to live in.

Urtasun and Bonsma-Fisher will be honoured along with other recipients from across Canada at a ceremony in Ottawa this evening hosted by the Governor General.