Not exactly a Saudi ‘Arab Spring’: U of T political scientist on events in Saudi Arabia 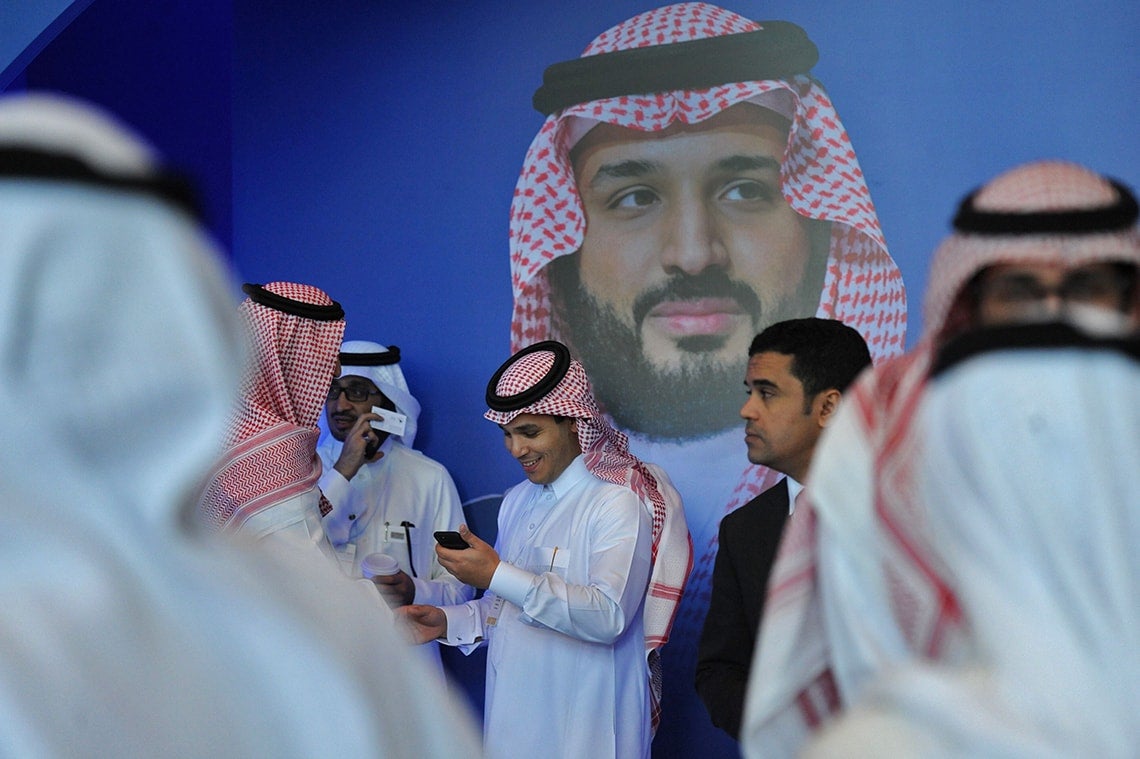 After weeks of speculation over the arrests and detention of Saudi princes and businessmen, the New York Times' Thomas Friedman travelled to Riyadh to interview the 32-year-old crown prince behind the shakeup.

Friedman describes what's taking place in the kingdom as a Saudi “Arab Spring” – albeit top down. “It’s been a long, long time, though, since any Arab leader wore me out with a fire hose of new ideas about transforming his country,” Friedman wrote of the interview, the first since the crackdown.

University of Toronto political scientist Janice Stein, who is the founding director of the Munk School of Global Affairs, says “Arab Spring” is probably not a good comparison.

Nevertheless, what is happening in Saudi Arabia is unprecedented, she said.

As for Crown Prince Mohammed bin Salman's calls for reforming the country, Stein said, “It is an enormously difficult challenge.”

“The partnership between the House of Saud and Wahhabi clerics is foundational to the modern history of Saudi Arabia,” said the professor of conflict management in the Faculty of Arts & Science's department of political science. “It has deep domestic roots and has been a staple of Saudi foreign policy since 1979. At best, modernization will be a slow, gradual process over time. If it is not, it will rock the kingdom.”

What do you think of the New York Times piece? Do you agree with Friedman's assessment – are we seeing “Arab Spring” in Saudi Arabia?

It is certainly the case that change is being led from the top, by a young, inexperienced Crown Prince Mohammed bin Salman. In this sense, “Arab Spring” is not a useful comparison, since the uprisings in Morocco, Egypt and Syria were grassroots protests led from below.

Nevertheless, what is happening in Saudi Arabia is unprecedented. The crown prince has disrupted traditional power-sharing arrangements among senior princes, concentrated control of all the security institutions in his office, upended important restrictions against women by religious leaders and launched an ambitious agenda of economic reform. He has also escalated a war in Yemen and intervened openly in the politics of Lebanon as part of a broader struggle with Iran. These are revolutionary development in the kingdom.

The crown prince says in the piece that it’s “ludicrous” to suggest the arrests were a power grab, but instead it's an attempt to remove corruption from the country. Your thoughts?

It is difficult to disentangle the threads of the two explanations since they are not mutually exclusive. Certainly, there has been widespread corruption among members of the royal family and popular anger at the conspicuous consumption and privilege among the princes. The crown prince initiated the investigation of corruption more than a year ago, so these are not tied to specific events.

However, the widespread arrests, especially of those who control the security services, do concentrate power in the hands of Mohammed bin Salman.

Do you believe he’s intent on reforming the country to a more moderate, less-puritanical Islam? Will he be able to do it?

All the evidence suggests that he does want to modernize Islam. Will he succeed? It is an enormously difficult challenge. The partnership between the House of Saud and Wahhabi clerics is foundational to the modern history of Saudi Arabia. It has deep domestic roots and has been a staple of Saudi foreign policy since 1979.

At best, modernization will be a slow, gradual process over time. If it is not, it will rock the kingdom.

Please explain what is taking place with Iran (he calls Iran’s supreme leader the “Hitler of the Middle East”). Is the conflict with Iran and the proxy wars in Yemen and Lebanon something to worry about?

There is now a bitter dispute between Saudi Arabia and Iran which is fuelling every conflict throughout the region. It is often interpreted as a Sunni-Shia conflict but that is misleading. Religious differences are certainly part of the story, but geo-strategic factors play a large role.

After the U.S. invasion of Iraq, Iran moved to fill the vacuum by deepening its involvement through the Shia majority in Iraq. Saudi Arabia lost the buffer between the kingdom and Iran, and increasingly sees Iran as a mortal threat to its survival and to Sunni leaders throughout the Middle East. The conflict between the two is deadly serious, with consequences throughout the Middle East.

What is the king’s and crown prince’s connection with U.S. President Donald Trump? Why is the Trump administration in support of the events in Saudi?

President Trump seems comfortable with top-down leaders. He shares with M.B.S. [Mohammed bin Salman] a strong sense that Iran is a threat and a shared purpose, at least rhetorically, to “drain the swamp.”

What is behind the growing alliance with Israel? Does it predate M.B.S. or is it because of the crown prince's willingness to take on Iran? Has that alliance manifested itself in any way besides just words – i.e. meetings, desire to co-operate etc..?

Both countries feel deeply threatened by Iran. There have been covert meetings between officials, as well as some sharing of intelligence.