Saudi Arabian purge a power grab that could destabilize the Middle East: U of T historian 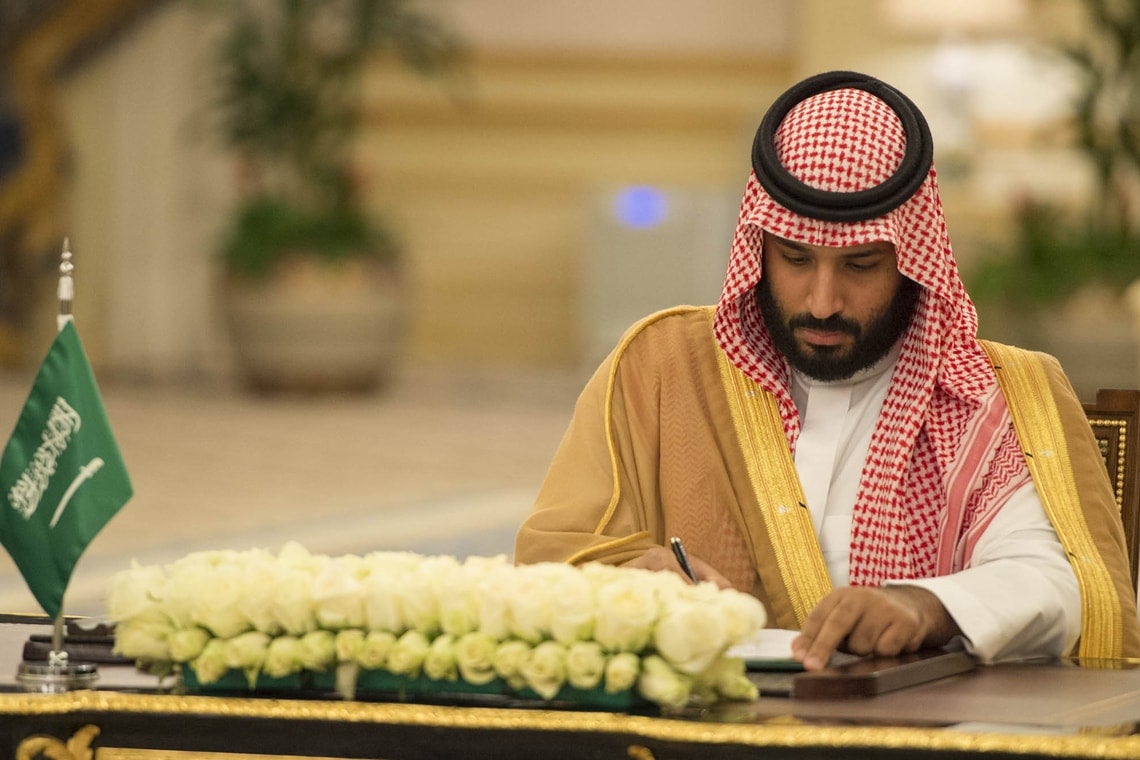 The crackdown in Saudi Arabia continues this week, as many of the kingdom's elite get rounded up and detained.

A dozen princes, many senior ministers, along with military officials and businessmen – some of the country's richest men – were arrested on Saturday in what the government has called a sweeping, anti-corruption probe. In the days since, authorities have detained more prominent businessmen and frozen several of their bank accounts.

Foreign policy analysts believe the man behind the purge, 32-year-old Crown Prince Mohammed bin Salman, who came to power in June, is seeking to aggressively consolidate power into a more authoritarian regime, taking on rivals within the Saudi royal family and many of the country's religious figures. Most of the detained are being held at the Ritz-Carlton in Riyadh.

“The location of the house arrest suggests that this has nothing to do with corruption but everything with the firebrand crown prince publicly consolidating his personal power within the dynasty,” says Jens Hanssen, associate professor of Middle Eastern and Mediterranean history at University of Toronto Mississauga.

Comparing the crown prince to the Gulf prince pushing for progressive reforms in the George Clooney movie, Syriana, Hanssen said Mohammed bin Salman has been presented as someone who has promised the kingdom will return to a “moderate” form of Islam. Last month's royal decree now allows Saudi women to drive.

Hanssen, who believes the purge is part of an aggressive foreign policy coming from the kingdom, warned that the strategic power plays could also produce more turmoil in the Middle East, with Iran and Saudi Arabia escalating a war of words this week over a missile attack from Yemen.

What is behind the mass arrests in Saudi Arabia? Why the coup d’état and the play for power?

I would characterize what has happened in Saudi Arabia on Saturday night not as a coup d’état so much. Rather, it can more accurately be categorized as a purge which – despite its bloodlessness –is structurally more reminiscent of Stalin or Saddam Hussein than Napoleon's or Nasser’s takeovers – it is an ouster of alleged pretenders to the throne rather than pretenders ousting the king.

A leading Saudi dissident scholar called it “the Night of the Long Knives,” invoking Hitler's “Röhm Putsch” in 1934. The Saudi dynasty is no stranger to internecine [violence], but in the past this has been carried out more discreetly, most recently with the ouster of Mohammad bin Nayef, heir-apparent to the throne. This time, we are witnessing a public spectacle with global repercussions.

The orchestrator of this spectacle is the 32-year-old minister of defence and recently anointed Saudi crown prince, Mohammed bin Salman. He had just become the head of a brand new anti-corruption body, which promptly arrested 11 Saudi princes. The fact that the arrested princes are kept at the Riyadh Ritz-Carlton to await their “trial” is in equal measure farcical and significant. The location of the house arrest suggests that this has nothing to do with corruption but everything with the firebrand crown prince publicly consolidating his personal power within the dynasty.

Do you think the Saudi prince killed in the helicopter crash is part of this purge? Or unrelated?

Among the 11 princes arrested are high-ranking current and former ministers, technocrats and businessmen like the minister of economy, Adel Fakeih; the powerful minister of the national guard, Mutaib bin Abdullah and Al-Waleed bin Talal, whom the Financial Times called the “buccaneering face of Saudi capitalism” and whose business empire includes the Canadian Fairmont Hotel chain.

You are right to suggest that the fatal helicopter crash of Prince Mansour bin Muqrin on Sunday needs to be viewed in light of the ongoing purge, not least because he, too, was recently made and unmade crown prince. But we should also resist the temptation to infer guilt. Given the proximity of the crash site to the Yemeni border, Prince Mansour’s death may be more directly linked to the Saudi army’s genocidal warfare in that country. Whether a rebel missile hit the helicopter or not, the Saudi government may well use Prince Mansour’s death to incriminate, again, Iran and Hezbollah.

What is the U.S. role in these events?

Of course, Donald Trump has visited Saudi Arabia recently and expressed America's total support for Mohammed bin Salman’s vision. But the Trump administration had conducted its own purge of the state department and American spy organizations, so the U.S. is in no position really to actively and strategically shape the policy of allies like Saudi Arabia, except to fan the flames with “arsonist” tweets that encourage reckless behaviour of regional power players. An enemy of Iran is a friend of Trump’s.

News reports have suggested that the crown prince is trying to make the country more moderate. Do you believe this to be the case? Is this good news for the West?

It depends on what you mean by the “West.” For weapon-exporting governments like Canada, these developments benefit certain sectors of the economy. Neocon think tanks like the Orwellian “Newspeak,” Foundation for Defence of Democracies will welcome these developments too. Those “reports” about the crown prince’s moderate, reformist dispositions are little more than unpaid commercials following the Hollywood script of Syriana, where – you may recall – Prince Nasir, the progressive son of the emir, spoke so eloquently about reforms and social services he would like to implement.

In the real world of Mohammed bin Salman’s Vision 2030 – his economic plan to wean the kingdom off oil-revenue dependency – the purge is an attempt to eliminate economic and political rivals ahead of the envisaged transition. Some commentators even suggest the crown prince has his eyes on their considerable financial assets as a way to finance this transition.

What has been the reaction in Saudi Arabia? What about the rest of the Middle East and the world?

Most of the Saudi vox populi radio interviews I heard were supportive of the arrests and hailed the clamp-down on endemic state corruption. People in Saudi Arabia are clearly feeling the pinch from low oil prices and receding state revenues and unprecedented spectres of poverty. What they cannot say on air is that the dynastic system of government itself is based on corruption.

The late Saudi-born novelist Abdul Rahman Munif has created a fictional monument to the Bani Sa’ud’s plunder of Arabia in his Cities of Salt. It is well worth a re-read after this weekend…

Any idea on what could happen next?

Historians are not paid for predicting the future. But based on recent developments on the Arabian Peninsula, we’d do well to judge this “Night of the Long Knives” as part of an aggressive foreign policy emanating from Riyadh.

The ongoing war on Yemen, puppeteering and bankrolling the hapless Egyptian President Abdel Fattah el-Sisi, the boycott of Qatar and the new alliance with the right-wing government in Israel – everything points to the broader geopolitical goal of a proxy, if not direct war with Iran. The ascent of neocons and alt-right forces in Washington, D.C. encourages Mohammed bin Salman to press ahead to forge a military alliance with Israel to fight Hezbollah and destabilize Iran.

It is not inconceivable that Lebanon will find itself, once again, in the theatre of a regional war. We need to read the forced resignation of the Lebanese Prime Minister Saad Hariri on Saudi television a few hours before the purge, no less, as an indication of this eventuality. He might be under house arrest, too, for all we know at the moment.

With the Palestinian leader Mahmoud Abbas travelling to Riyadh today, expect movement in Palestine, too, and not the good kind. If Mohammed bin Salman’s treatment of Qatar last year is anything to go by, both the Lebanese and Palestinian governments will be handed a list of Saudi demands that are ultimately meant to isolate Iran further and facilitate Saudi-Israeli co-operation at the expense of more destruction in Lebanon and occupied Palestine.