'The next big step': U of T researchers pursue a treatment for vision loss 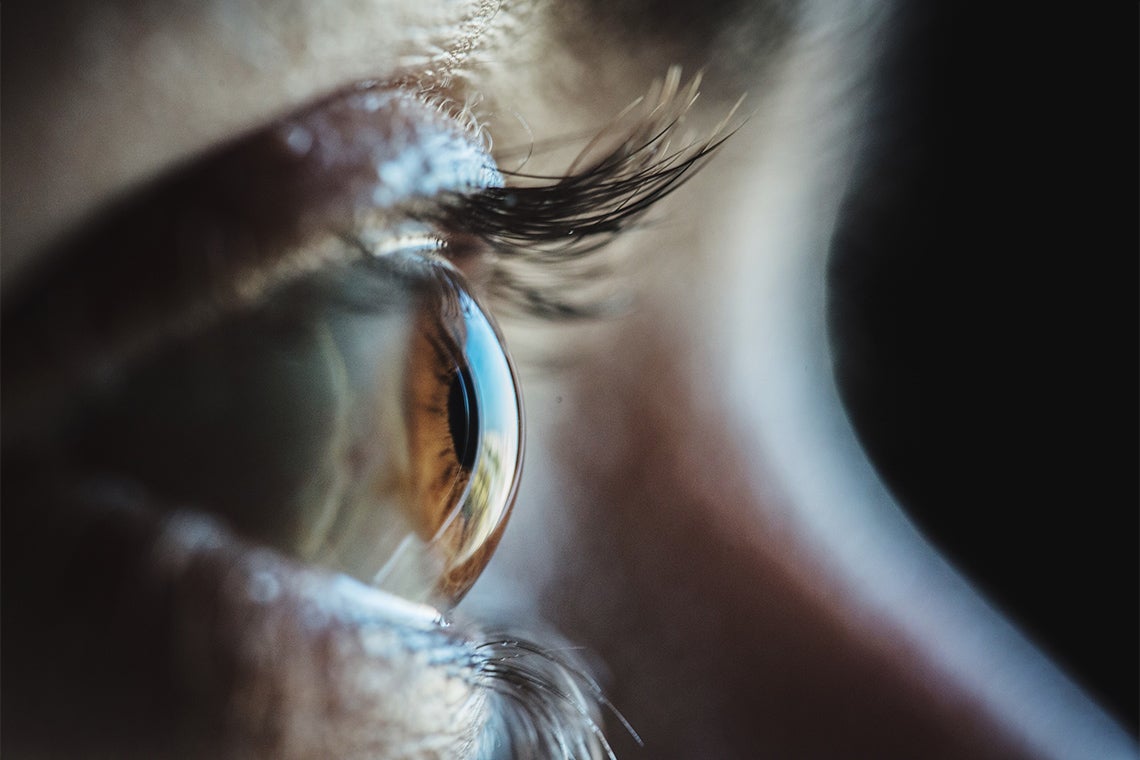 Supported by U of T's Medicine by Design initiative, a multidisciplinary team of researchers at the university and its partner hospitals plans to use retinal stem cells to restore vision (photo by Carmelo Geraci/EyeEm via Getty Images)

It takes only a fraction of a second for light to travel through your eye to create an image in the brain, enabling you to see these words on your screen.

This ability, however, can be weakened – sometimes resulting in total blindness – when key structures in the eye are lost due to conditions such as age-related macular degeneration (AMD), which affects millions of people, and retinitis pigmentosa (RP), one of the most common inherited diseases of the retina.

But an interdisciplinary team of scientists, funded by the University of Toronto’s Medicine by Design initiative, believes there is a possibility this outcome can be changed. Their plan: use retinal stem cells to restore vision.

“This is extraordinarily difficult research, but we’ve seen some progress in restoring some vision in mice,” says Molly Shoichet, a University Professor in the department of chemical engineering and applied chemistry in the Faculty of Applied Science & Engineering and the Institute of Biomedical Engineering who is also an investigator at the Donnelly Centre for Cellular and Biomolecular Research.

“Now, by bringing together an integrated team of experts, we think we can take the next big step.”

The team is one of 11 that is sharing nearly $21 million in funding from Medicine by Design over three years. Funded by a $114-million grant from the Canada First Research Excellence Fund, Medicine by Design is a strategic research initiative that is working at the convergence of engineering, medicine and science to catalyze transformative discoveries in regenerative medicine and accelerate them toward clinical impact.

To appreciate the challenges the team faces, first you need to understand just how our eyes see.

Light passes through your eye and hits the retina. Photoreceptor cells in the retina absorb light and convert the energy into electrical signals that go to the brain, enabling vision. The photoreceptors have a symbiotic relationship with the retinal pigmented epithelium (RPE), where the RPE cells support photoreceptor survival and function.

Age-related macular degeneration and retinitis pigmentosa, however, cause the photoreceptors and RPE to die. Without them, we can’t see.

But could the photoreceptors and RPE be created from stem cells, then transplanted into eyes to restore the lost vision?

“We have been able to transplant photoreceptors and RPE cells into the eyes of mice that have lost their vision in a model of AMD,” says Shoichet. “We have observed some vision repair, which is exciting. But at the same time, most of the transplanted cells perish and some of the ones that survive seem to transfer their proteins to the mouse photoreceptors in a process that Wallace and her team describe as material transfer.”

The researchers came upon the material transfer problem when they used green fluorescently-labeled photoreceptors for transplantation. Doing this enabled the team to follow integration of the photoreceptors more easily – or so they thought.

“We saw many green cells in the retina after transplantation, which we thought meant that our stem cells were taking root in the retina. That made us feel good,” says Shoichet.

But Wallace soon discovered something was amiss.

As it turned out, the green colour wasn’t coming from the transplanted cells. Rather, it was being taken up by existing cells.

“That is the material transfer that Dr. Wallace’s lab identified,” Shoichet explains. “One photoreceptor transfers its material – in this case the green fluorescent protein – to another. We thought the transplanted cells were integrating, but now it was not clear that all of them were.”

It was a frustrating moment for the team. Then they realized they could, in Shoichet’s words, “turn lemons into lemonade and build on what we’ve learned.”

The scientists now propose taking cell transplantation a step further and actually manipulating material transfer to overcome the mutations prevalent in RP, which is a genetic disease.

With that as the goal, each scientist is concentrating on a distinct task as part of an overall plan. Lefebvre’s team has designed a tool that will enable them to evaluate the success of getting the cells to survive and integrate into the neural circuitry that sends visual signals to the brain. Wallace’s group, meantime, will go deeper in studying the material transfer process and how to manipulate genes to overcome mutations like RP. And van der Kooy’s lab will work on developing a source of photoreceptors from human stem cells.

Shoichet’s lab will focus on making the retina more receptive to transplanted cells using innovative protein delivery strategies coupled with cell transplantation. She and van der Kooy recently published a paper where they showed, for the first time, that by transplanting RPE and photoreceptors together, some vision is restored.

“There is certainly a tough challenge to this work, but our integrated team approach makes us much more likely to achieve the result we want as opposed to working separately,” says Shoichet.

“Michael asked us all to conduct research that is truly transformative,” Shoichet says. “Medicine by Design is funding a new way of thinking about cell therapy by supporting our work. It’s exciting to do these studies and think about moving from mouse models to one day restoring vision in humans.”