New technology could allow more cancer patients to benefit from immunotherapy: U of T researchers 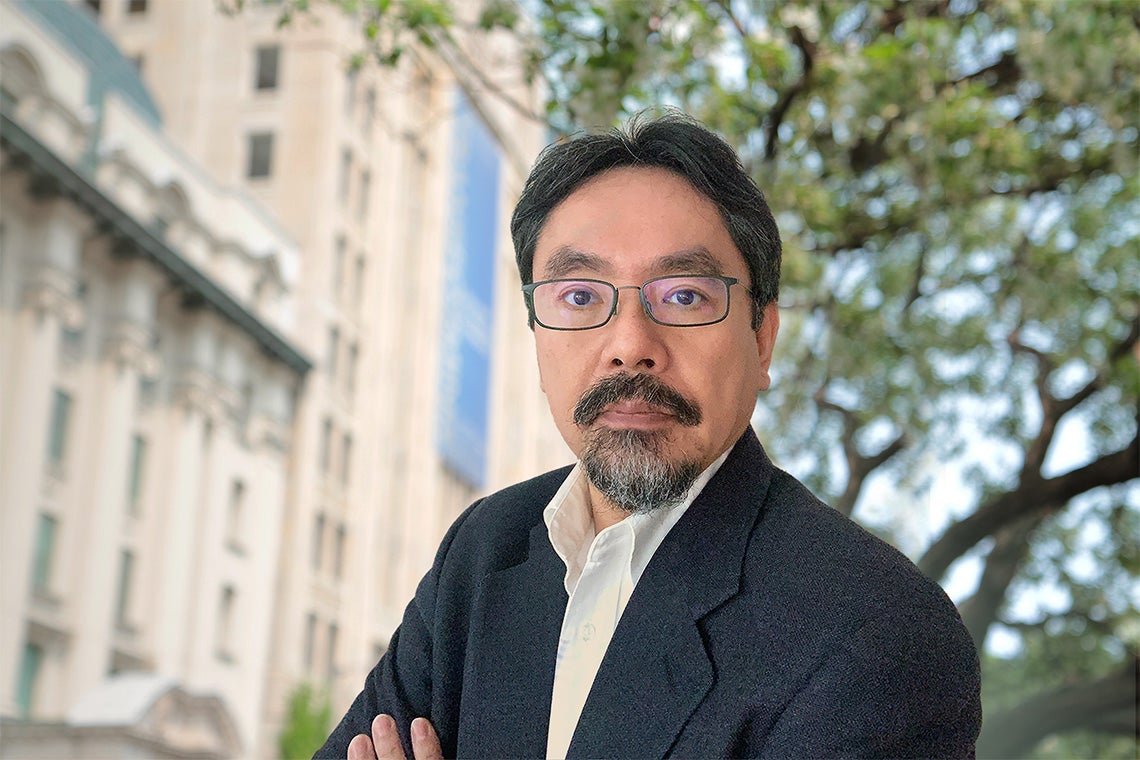 Naoto Hirano, a professor in U of T's Temerty Faculty of Medicine, and his colleagues have developed a more powerful way to identify immune cells capable of recognizing and eliminating cancer cells (photo by UHN StRIDe Team)

Professor Naoto Hirano of the Temerty Faculty of Medicine and collaborators have developed a new technology that rigorously and robustly identifies the immune cells that are capable of recognizing and eliminating cancer cells.

The findings, published in Nature Biotechnology, pave the way for novel immunotherapies to help more patients, regardless of their genetic ancestry, live longer and healthier lives.

Adoptive cell therapy, a promising cancer treatment that uses our immune system to eliminate cancer cells, is effective only for a small subset of individuals with specific types of cancer and specific inherited genes. The new technology developed by Hirano, a professor in the department of immunology, allows researchers to develop new immunotherapies for cancer patients that are not limited by the differences – or heterogeneity – of tumour cells, expanding the potential impact of immunotherapy for patients around the world.

The technology applies to an immunotherapy approach called T cell receptor (TCR) gene therapy that is based on genetically-engineered immune cells (T cells) recognizing and binding to specific molecules, called peptide-loaded human leukocyte antigens (HLA), on the surface of cancer cells. Although there has been progress in TCR therapy, there are more than 28,000 different variations of HLA found in humans and current TCR therapies only work for a few of these variations.

“Historically, TCR treatments have been developed for those who had the most common and well-studied HLA alleles, which often meant that these immunotherapies only worked for people from Caucasian ancestry,” says Hirano, who is also a senior scientist at the Princess Margaret Cancer Centre and Ontario Institute for Cancer Research clinician scientist.

“It was an important goal for us to develop a technology that could work for a broad range of HLA alleles. We’re proud of what we developed because it could help many more cancer patients in the future.”

The technology presented in this study involves a methodology that can – in a single step, at a low expense – form a functional protein structure, called a dimer, that is composed of any peptide and HLA molecule, regardless of type, and can bind to and identify a variety of T cells. The method improves the binding affinity between T cells and HLA molecules nearly 200-fold relative to prior methods, which could allow researchers to better identify and engineer the T cells for novel immunotherapies.

The technology has been licensed to TCRyption Inc., a company co-founded by Hirano, for further development, translation and large-scale implementation. In the future, it may be applied to fields other than cancer research and care, including autoimmune diseases such as rheumatoid arthritis and type 1 diabetes.

“I’m grateful for the cancer research community’s support over the years, which has enabled me to focus on important and challenging issues,” says Hirano, who was named the University Health Network’s Inventor of the Year last year for developing these analysis techniques. “Only with the support for rigorous experimentation, deep expertise, and innovative thinking, were we able to make this breakthrough.”

This article was originally published by the Ontario Institute for Cancer Research.