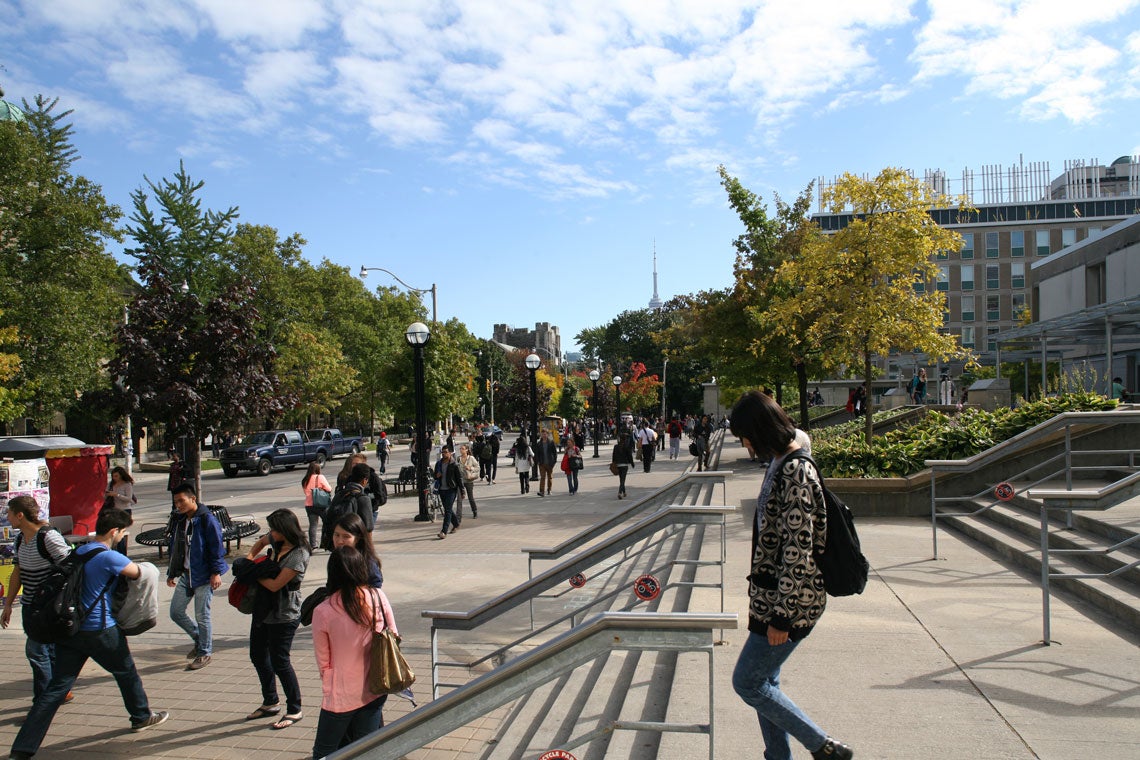 The University of Toronto needs to raise awareness of the role of campus police at events where controversial topics are debated, a new report recommends.

The recommendation is one of seven included in a review of events that took place during a student-organized rally last October. The review was conducted by Alexis Archbold, the assistant dean of the J.D. program at the Faculty of Law.

“This review gives us an important framework for discussions with students about the need to create an environment which allows people to safely express their points of view,” said Kelly Hannah-Moffat, vice-president of Human Resources & Equity.

“Our campuses should be a place where debate happens with respect and civility.”

Hannah-Moffat requested the review, along with Vice-President Operations Scott Mabury.

“We need to make sure people understand the role that campus police play,” Mabury said. “This review highlights that.”

Bill C-16, which seeks to amend the Canadian Human Rights Act to add gender identity and gender expression to the list of prohibited grounds of discrimination, extending rights and safety protections to transgender people, had been hotly debated in the weeks leading up to the October rally. The rally drew a crowd to the steps of Sidney Smith Hall that included members of the public as well as the campus community, some of whom came to protest against the event. Some members of the groups clashed and Toronto Police Services were called to assist. Two students were later charged for allegedly committing assaults.

Archbold, who conducted 21 interviews and reviewed videos and social media posts about the event, reached three conclusions in her review.

The review concluded that multiple factors contributed to making the October 11 event “unusually chaotic and challenging.” It also found campus police attempted to maintain the peace in an unbiased manner and performed its duties in keeping with its scope and authority.  And it found that the concerns of the students about police conduct at the rally indicate there is a significant misalignment between students’ expectations of campus police and the scope of its authority.

Campus police, the review notes, were given standard instructions for a rally of this kind and positioned themselves around the perimeter, moving in if physical conflict looked like it was going to occur or was occurring and moving back to let the event continue if it was safe to do so. At the same time, the report finds that during the rally several students asked campus police why they weren’t arresting or removing certain people and why certain activities were being permitted to continue.

Other recommendations in the report include discussions between the university administration and students about freedom of speech, campus climate, civility and safety and a review of the complaint-based process used by campus police with a view to identifying obstacles that may discourage students from using the complaint process.

The review also recommends creating a way for people to report the presence of “persons of interest” from outside the university to police so that their activities on campus can be monitored.  And it recommends the university educate students about the risks of organizing outdoor events, where crowds and behaviour are harder to control.

The administration also needs to clarify its own role and obligations during such student events, the review says.

See report for a full list of the recommendations

The review was prompted by two letters. One letter, sent by the University of Toronto Students Union to the provost, said police failed to protect transgender and Black students from verbal and physical aggression. Another, open letter complained that the university failed to condemn the actions of protesting students at the rally.

The review finds that factors that made the event challenging included “the outdoor setting, lack of clear organizer, use of white noise through loudspeakers by protesting students to disrupt the rally, the request by protesting students that another student group attend the rally to protect them and the participation of individuals on both sides of the issue who instigated conflict and violence.”

Campus police are governed by a complaints-based process, the review notes. That process requires an individual to give their name and contact information and make a formal statement of complaint against another individual. The review found that “some students do not fully understand campus police’s role and the scope of its powers,” later noting that information on the university’s web site “provides almost no guidance to students about what they can expect from campus police at an event like the October 11th rally” and no information about the complaints-based process and how it works.

“The university should develop publicly available information on this topic and disseminate it broadly to students through a variety of channels including the university web site, student government and student clubs,” it recommends.