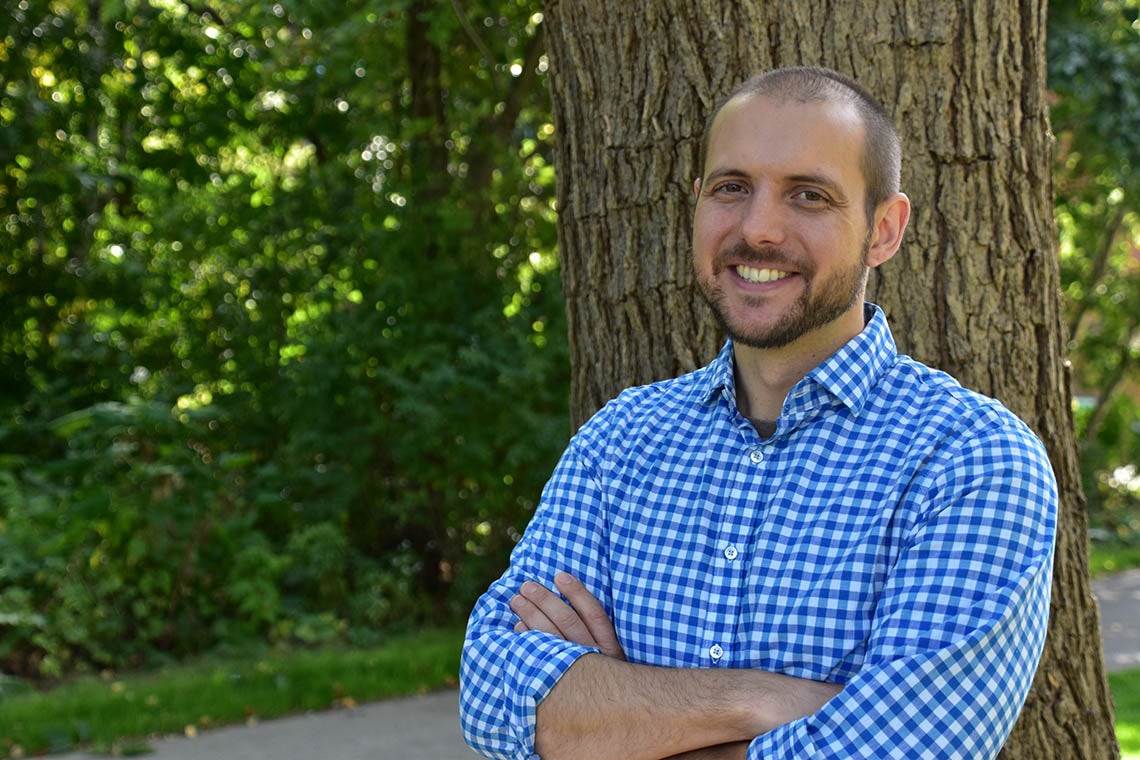 Doug VanderLaan, assistant professor of psychology at U of T Mississauga, is an author of the study in the journal Child Development

There are several areas where boys and girls may not follow gender norms, including what items they choose to play with (cars or dolls), their clothing and hairstyle preferences and what activities they engage in, be it rough-and-tumble play generally associated with boys or sociodramatic play, like playing kitchen, often attached to girls.

According to Doug VanderLaan, assistant professor of psychology at U of T Mississauga and a corresponding author of the recent study, research shows that children who don’t conform to gender stereotypes are more likely to be bullied or ostracized by their peers and are at greater risk of anxiety, depression and social withdrawal.

Gender nonconforming children, he says, are also more likely to have some history of self-harm.

“In thinking about how we might best ameliorate this issue, how might we best support the healthy psychological development of children of varying gender expressions, it occurred to me that maybe we could nip the problem in the bud by focusing on promoting better peer relations,” VanderLaan says.

He and fellow researchers in Hong Kong devised two studies. The first study confirmed that children exhibited a bias towards peers who don’t conform to gender stereotypes. It also found that gender-diverse boys were judged more harshly by boys, and older children seemed to be harsher in their judgment than younger children.

The second study challenged children’s thinking by showing positive characteristics of hypothetical children. These made-up children did well in school, were popular and were good at gender-neutral activities like catching caterpillars.

VanderLaan explains researchers were creating intervention techniques to help break down categories and perceived differences and demonstrate that children can vary in their interests.

Researchers found that children in the intervention group wanted to do the same activities as their gender-diverse peers, were less likely to say what they were doing was wrong and were more likely to share with them.

“Generally speaking, the intervention was effective at promoting positive appraisals,” VanderLaan says. “I was happy to see it was effective, and it wasn’t just one variable or one outcome measure that was affected, it was actually several. That gave us more confidence in the results.”

The new findings could lead to ways to help promote and foster social inclusivity.

“If we want an equitable society where everyone has equal opportunities, that means getting rid of systematic disadvantages, and I think being systematically ostracized as a result of your behavioural preferences or the way you express yourself would be something we would want to address,” VanderLaan says.

Calling it a potential solution to a modern-day issue, VanderLaan cautions that more research is needed.

The study was funded by the Social Sciences and Humanities Research Council of Canada (SSHRC), Hong Kong Research Grants Council Early Career Scheme, the U of T Connaught New Researcher Award and the University of Hong Kong.