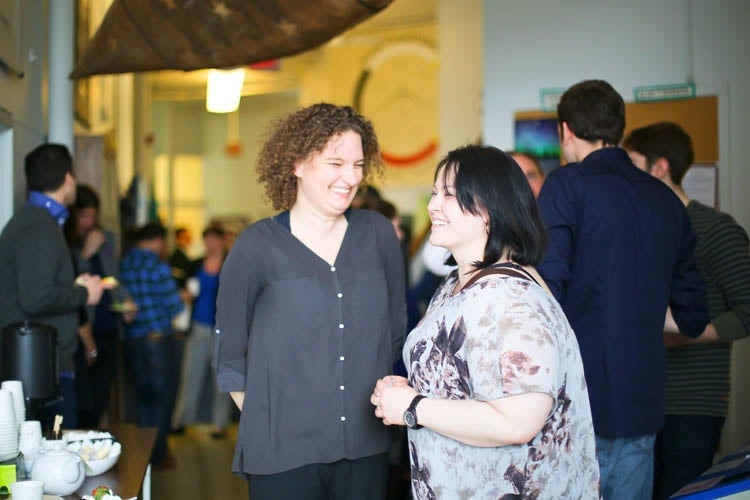 National Aboriginal Day is a chance to educate and reflect on the lives and status of Indigenous peoples in Canada.

To recognize this day, Suzanne L. Stewart, interim director of the Indigenous Education Initiative at the Ontario Institute for Studies in Education, and Jean-Paul Restoule, associate professor of Aboriginal Education, have compiled a list of 12 things the average Canadian should know about Indigenous people in Canada.

1.   Who are Indigenous peoples?

There are about 1.4 million people of Indigenous ancestry in Canada, refering to three distinct cultural groups of original inhabitants:

2. Where do Indigenous people live?

The original ride share service in Canada was at the mouth of the Humber where Indigenous people left canoes for anyone travelling upriver to use. People coming downriver in turn left canoes for others to use.

4. Signing Up for Battle

Indigenous people joined the Canadian world war efforts in greater numbers per capita than any other subpopulation of Canada, primarily to defend “the land,” and not necessarily the nation nor Europe’s reasons for conflict.

There are anywhere between 52 and 70 languages indigenous to what is now called Canada (depending on how you count them). Only three are expected to survive this century. But many people are working hard to change that.

Suicide rates among First Nations youth are up to seven times higher than among non-Indigenous youth. This tragic reality was highlighted in April 2016 when five children tried to take their own lives on a Friday night at the Attawapiskat First Nation. Twenty-eight of its community members also attempted suicide a month earlier.

Close to 20 per cent of First Nations communities are under a drinking water advisory, a stat that has remained remarkably consistent for the past 25 years.

8. The truth about taxes

Most Aboriginal people pay Canadian taxes. Tax exemptions are accorded only to certain Aboriginal people (status Indians) under particular circumstances (usually if the goods are purchased on or delivered to a reserve or in the case of employment income, it is earned on a reserve).

Dispelling the Myth: Indigenous people do not get free post-secondary education, generally speaking.

Prior to the arrival and settlement of European immigrants, Indigenous people had complex and successful knowledge systems and practices about land systems, sciences, mathematics, clans, politics, physical and mental health, and food security that provided healthy and abundant livelihood for millions of peoples for tens of thousands of years.

10. Are non-Indigenous Canadians affected by treaties? How?

Treaties between the Federal Government of Canada and First Nations are still important and binding today.

Treaties are not only for Indigenous peoples - Canadians have treaty rights and responsibilities too but don’t often think of them.

Most Canadians live in a treaty area and where they don’t they are on unceded Indigenous lands.

More than 70 historical treaties were negotiated by the Federal Government of Canada with First Nations and Métis peoples between 1701 and 1923. The first Modern Treaty to be signed was on November 11, 1975, the James Bay and Northern Quebec Agreement (Parks Canada, 2016).

11. How did the Indian Act of 1876 change the lives of Indigenous peoples?

Most Canadians don’t know that most Indigenous peoples’ lives are governed by federal laws under the Indian Act of 1876, which continue today. This affects Indigenous peoples’ access to health care, education, housing, clean drinking water, and many other things that non-Indigenous Canadians often take for granted.

12. Residential Schools: Canada’s Horrific– and Not So Distant– Past

Education was used as a tool of oppression for Indigenous peoples through Indian residential schools, an extensive school system set up by the Federal government. They were administered by churches from the early 1920s to the mid-1990s.

The goals of residential schools was, according to the Indian Act, “To kill the Indian in the child” and was based on the premise that Aboriginal cultures were inferior to White Christian ones.

Canadian Indigenous children were forcibly removed, often by the Indian Agent or the RCMP, from their families and communities and shipped to the schools and kept for months and years.

Many children experienced sexual abuse, corporal punishment for speaking their language, and were instilled with beliefs that being Indigenous was bad.

In 2006 the Federal Government began a process of reconciliation with Indigenous peoples for the harms suffered and treatments experienced by survivors of Residential School through the creation of the Truth and Reconciliation Commission of Canada, which released its final report in 2015.

Where do things stand now in terms of education? It will take about 20 years to close the education gap between First Nations and other Canadians, if action to make changes is taken.

Some factors that contribute to this situation are:

Read National Aboriginal Day: The importance of Indigenous culture and learning at U of T