National Aboriginal Day: The importance of Indigenous culture and learning at U of T 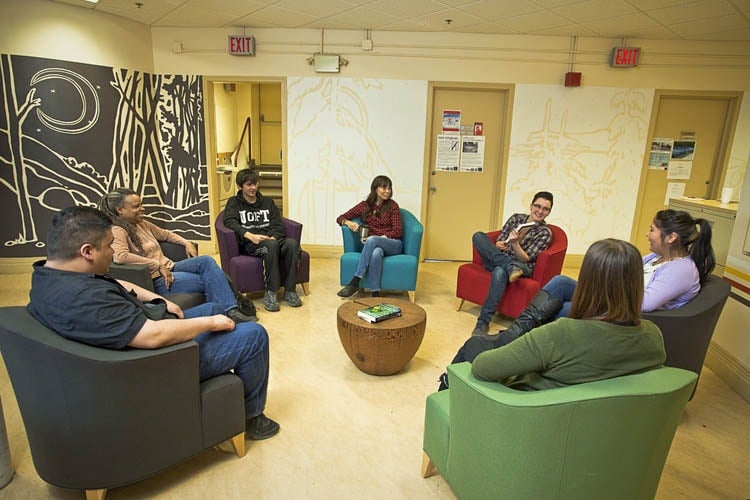 Both subjects, highlighted in The Truth and Reconciliation Commission (TRC) of Canada’s Calls to Action, are also key priorities of the University of Toronto’s Indigenous community.

In a time when the country is bringing much needed attention to Indigenous issues, the university is continuing to expand its resources for Indigenous teaching and learning. U of T has a strong focus on the Indigenous community with academic programming and support for cultural initiatives, many of which are supported through the Centre for Aboriginal Initiatives (CAI).

Professor Keren Rice (below), director of CAI, is also a member of U of T’s Truth and Reconciliation Commission Steering Committee and notes that September 2016 will see the return of an academic course on reconciliation. CAI also has a vested interest in the Steering Committee’s upcoming recommendations, including those that pertain to Indigenous languages. “Language has always been a priority of CAI from the earliest days,” says Rice. “In establishing the undergraduate program in Aboriginal Studies, there was consultation with the Elders Council of Ontario and the Chiefs of Ontario where the importance of language was stressed. Now language is the foundation of many of our academic offerings.”

CAI’s Indigenous Language Initiative supports the university community and the broader community in the study and everyday use of Indigenous languages, including Anishinaabemowin, Haudenosaunee and Inuktitut. Students and community members are offered opportunities to gain insight about the importance of language and culture, as well as new ways of both learning and teaching Indigenous languages.

Underscoring its importance, two new assistant professors with a focus on Haudenosaunee language and culture are joining CAI this year.

“There is so much knowledge to gain from language,” says Rice. “So much that is hard to express in another language. You get a deeper understanding of a culture from speaking the Indigenous language, helping you to see the world through different eyes.”

She refers to the Centre as a welcoming space, noting it is one of the only buildings on campus (other than First Nations House, OISE and the Multi-Faith Centre) where she and other Indigenous students can smudge – a ritual cleansing with burning of sacred medicines. Blair also spends time at CAI working on her studies and attending lectures and events.

“Aboriginal Studies are incredibly important for everyone to learn,” says Blair. “It’s a different worldview and perspective that fully encompasses the history of Canada.”

At IEN, Blair helps plan events including drum circles, medicine workshops, film nights and the upcoming Forum on Aboriginal Homelessness on June 22. IEN encourages Indigenous and non-Indigenous people to come together to learn from each other in an experiential way.

“There is a great sense of support for the Indigenous community at U of T,” says Blair. “I’ve learned so much more about my own culture through community gatherings outside of the classroom.”

Now, as U of T celebrates National Aboriginal Day with the City of Toronto, they do so with the Indigenous students and community at the university. “Our students come from all walks of life and the support the university provides them helps pave a way for their future. That’s something worth celebrating.”

For more information about U of T’s Aboriginal Studies and CAI, please visit: http://aboriginalstudies.utoronto.ca/