Move-in day in photos: First-year students make themselves at home at U of T

If there's one event that signifies the start of a new school year, it's move-in day, when thousands of first-year students move into their University of Toronto dorms at the beginning of September.

U of T News tagged along as students on the downtown Toronto campus made themselves at home. 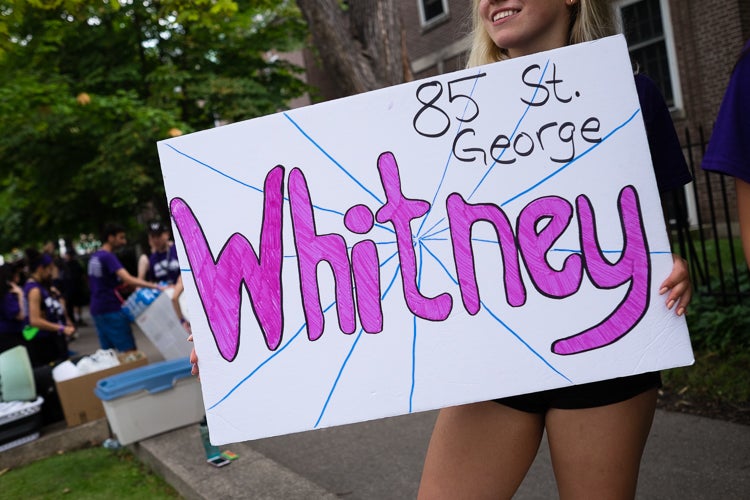 Orientation leaders and executives at University College welcomed new students to the dorms in style, with music, signs and plenty of helpers to carry boxes inside (all photos by Geoffrey Vendeville) 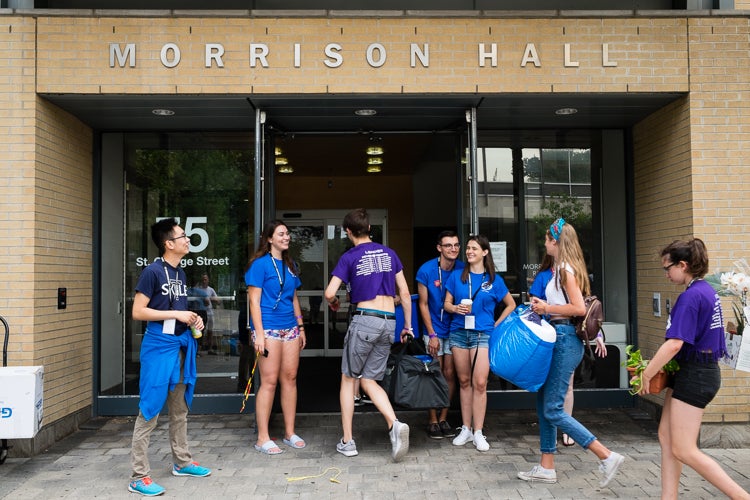 Morrison Hall, University College's newest residence built in 2005, is home to up to 270 students and Café Reznikoff 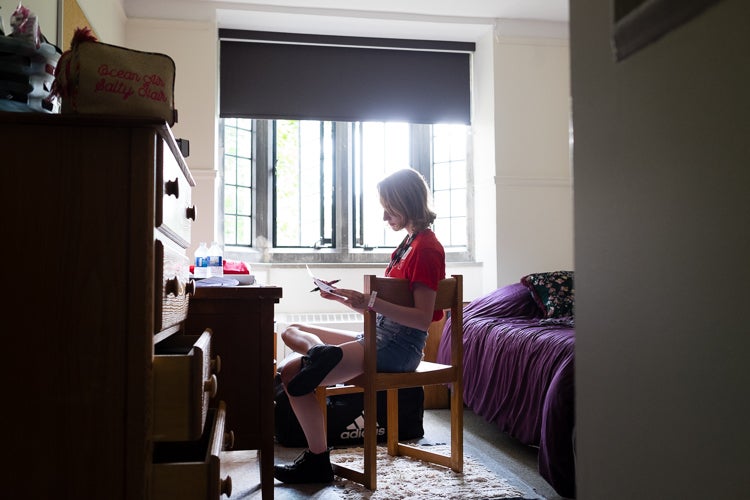 Anastasia Hendricks, a first-year Trinity College student in immunology and political science from New Mexico, takes a minute to herself on a busy move-in day to fill out a residence form. Among the stuff she brought is a USB key that was made to look like a cassette tape. “On it is a special playlist that a friend back in NM made for me to remember him by,” she says. 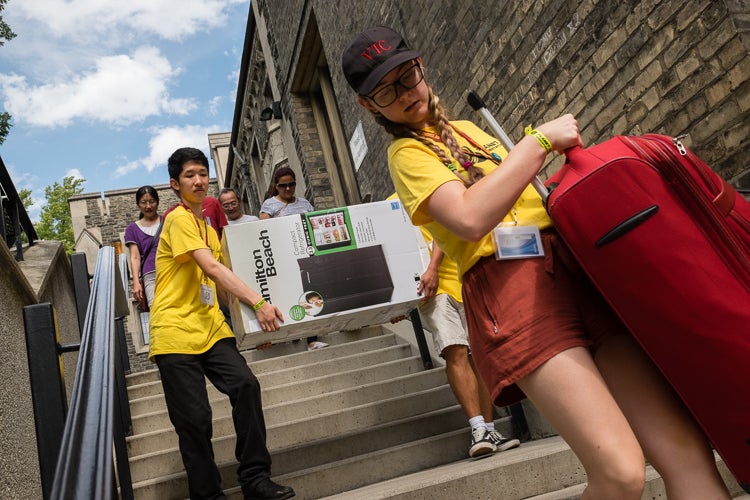 Before exams, term papers and labs, these students at Victoria University at U of T face another challenge at university: stairs. 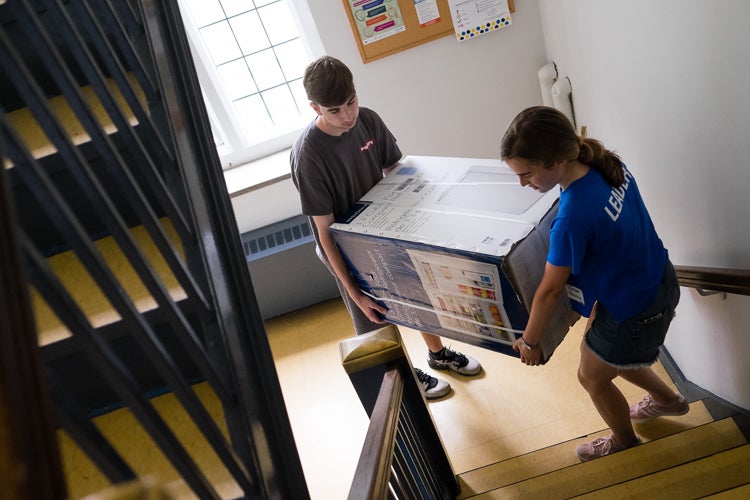 Grace McCormick, a second-year economics student at Trinity College and a Pearson Scholar, helps carry a fridge up a flight of stairs. “I have a glow,” she says, wiping sweat from her brow. “It's definitely hard work but everyone here is so enthusiastic and I think we're all just so genuinely excited to be greeting the new people coming in.” 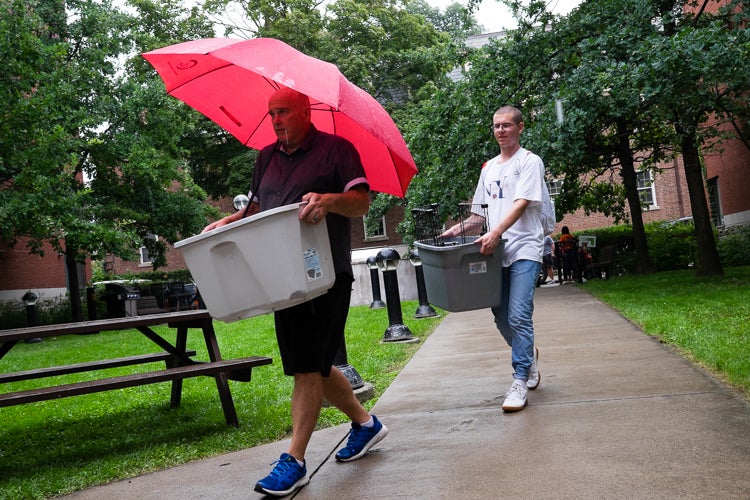