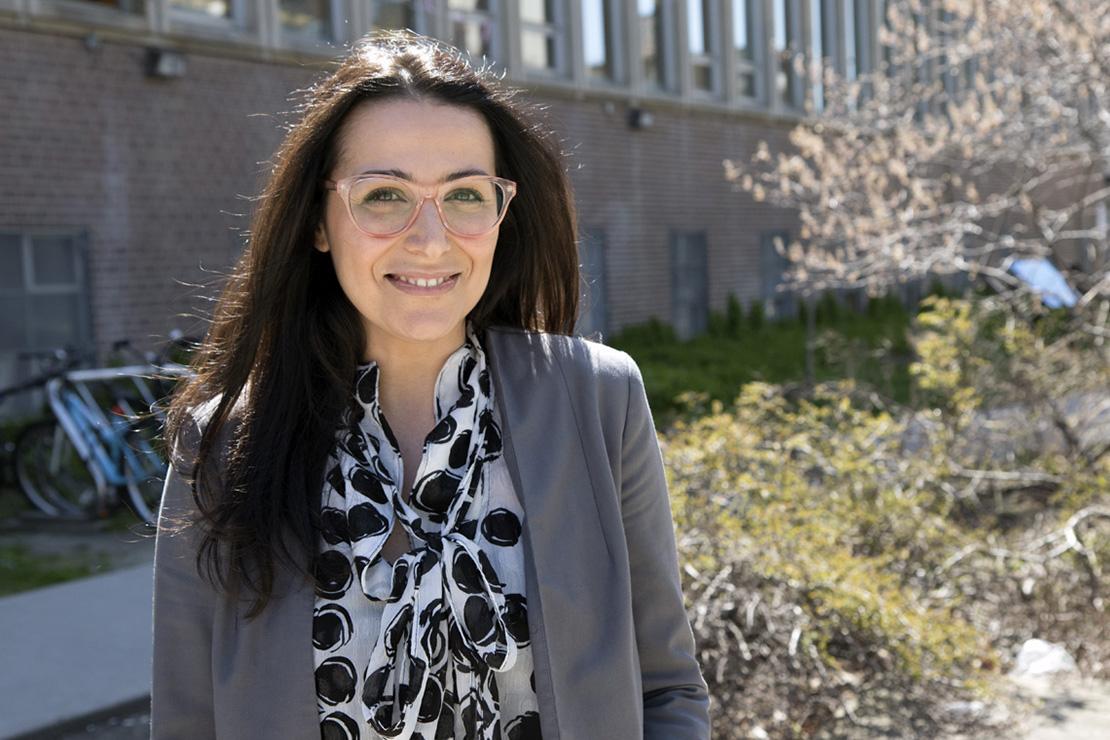 Neda Maghbouleh's research suggests a majority of Middle Eastern and North African Americans don't identify as white, although they are recognized as such in the U.S. census (photo supplied by Neda Maghbouleh)

In the U.S. census, Middle Eastern and North African Americans (MENA) are counted as “white,” but new research co-authored by sociologist Neda Maghbouleh suggests most of them may not self-identify or be perceived that way.

Maghbouleh, an associate professor at the University of Toronto Mississauga and Canada Research Chair in Migration, Race and Identity, says categorizing MENA Americans as white obscures socioeconomic disparities that many say they face, and makes it harder to create targeted social programs and services.

“Without the numerical piece, inequities faced by this community cannot be addressed through customized resources and approaches,” says Maghbouleh, a Wall Scholar at the University of British Columbia while on leave from U of T Mississauga.

She and colleagues from UBC, Washington University in St. Louis and the University of Chicago, conducted online experiments with about 1,100 participants to see if the white label tracked with MENAs' lived experience and external perception. Their findings were published this month in Proceedings of the National Academy of Sciences of the United States of America.

The authors found that when MENA Americans aren't offered a separate classification, 80 per cent identify as white. But when they are given a MENA option, only 10 per cent exclusively tick the “white” category.

Second-generation, Muslim, non-religious and MENA Americans with Middle Eastern ancestry – and those who perceive more discrimination against MENA people – were particularly likely to opt for the MENA option.  “We speculate that the MENA category may therefore represent for some a reactive ethnoracial identity, triggered acutely since the events of September 11, 2001, which led to an increase in state surveillance and public stigmatization of this group,” the paper says.

“President Donald Trump’s anti-immigrant and anti-Muslim rhetoric and policies—exemplified by the Muslim Ban, which curtailed immigration from a list of mostly MENA countries—and the significant backlash to such divisive politics may have hastened MENA peoples’ exit from the White box.”

The team surveyed 662 people who identify as MENA, asking: “What is your race or origin?” In the control group, the response options mimicked the U.S. census by listing two MENA nationalities – Lebanese and Egyptian – under the “white” category.

In the treatment group, “Middle Eastern or North African,” including Lebanese and Egyptian, was a distinct identity classification.

“If our goal is to have the most accurate measure of the population as possible, then we should have this separate box on the census,” Maghbouleh says.

The study also involved presenting these participants – plus 421 people who self-identified as non-Hispanic whites – with randomized profiles of fictitious individuals who varied by name, religion, language, class, skin colour and family ancestry. They were asked to classify each profile as MENA, white or Black. Their results show that whites associated medium skin with the MENA category, while MENA respondents viewed both light and medium skin colours as typical MENA traits.

“The past 40 or 50 years have been marked by a real uptick in anti-MENA discrimination – not just at the interpersonal level, but also at the level of policy and statecraft,” she says. “The power of disaggregating the MENA category in the census is that we can bring more nuance to the conversation around whiteness, and improve public dialogue about these issues.”

Read more about the study in NPR