Most engineered nanoparticles enter tumours through cells – not between them, U of T researchers find 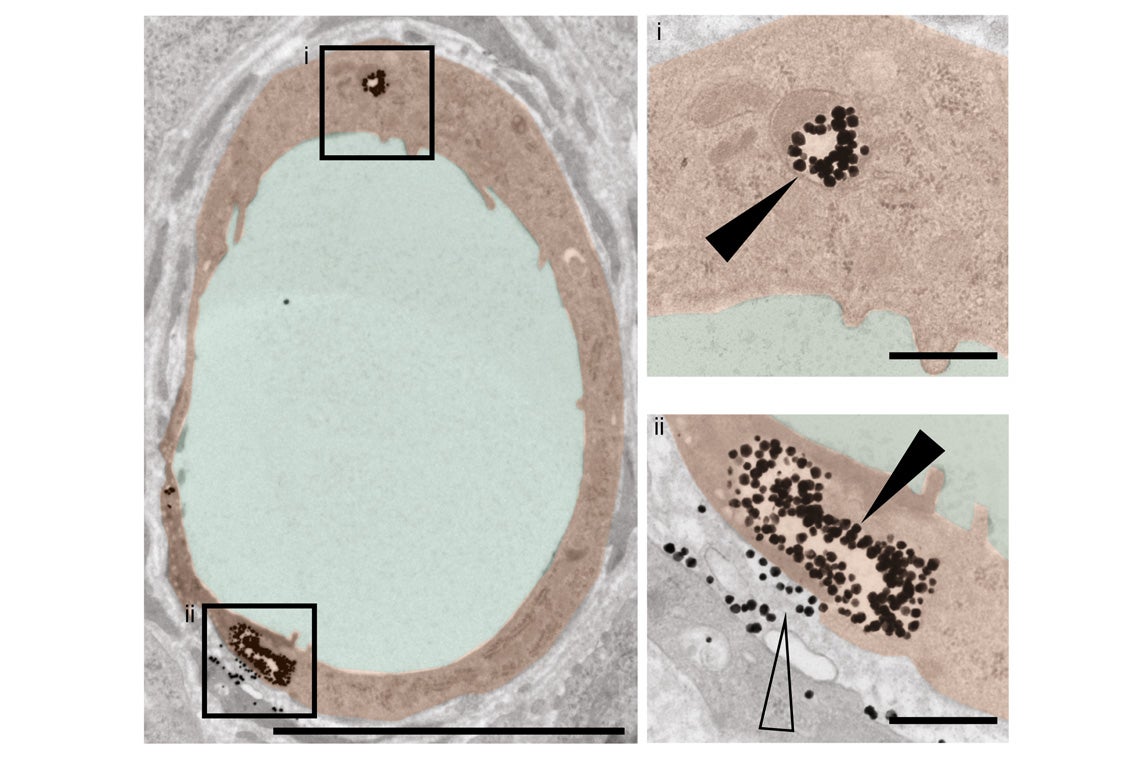 The solid arrows show nanoparticles (the dark spots) being engulfed by endothelial cells, not passing through gaps between the cells – a finding that could change the way researchers think about delivering drugs to tumours (image via Nature Materials)

University of Toronto researchers have discovered that an active rather than passive process dictates which nanoparticles enter solid tumours, upending decades of thinking in the field of cancer nanomedicine and pointing toward more effective nanotherapies.

The prevailing theory in cancer nanomedicine – an approach that enables more targeted therapies than standard chemotherapy – has been that nanoparticles mainly diffuse passively into tumours through tiny gaps between cells in the endothelium, which lines the inner wall of blood vessels that support tumour growth.

The researchers previously showed that less than one per cent of nanoparticle-based drugs typically reach their tumour targets. In the current study, they found that among nanoparticles that do penetrate tumours, more than 95 per cent pass through endothelial cells – not between gaps among those cells.

“Our work challenges long-held dogma in the field and suggests a completely new theory,” says Abdullah Syed, a co-lead author on the study and post-doctoral researcher in the lab of Warren Chan, a professor at the Institute of Biomaterials and Biomedical Engineering and the Donnelly Centre for Cellular and Biomolecular Research.

The findings were recently published in the journal Nature Materials. 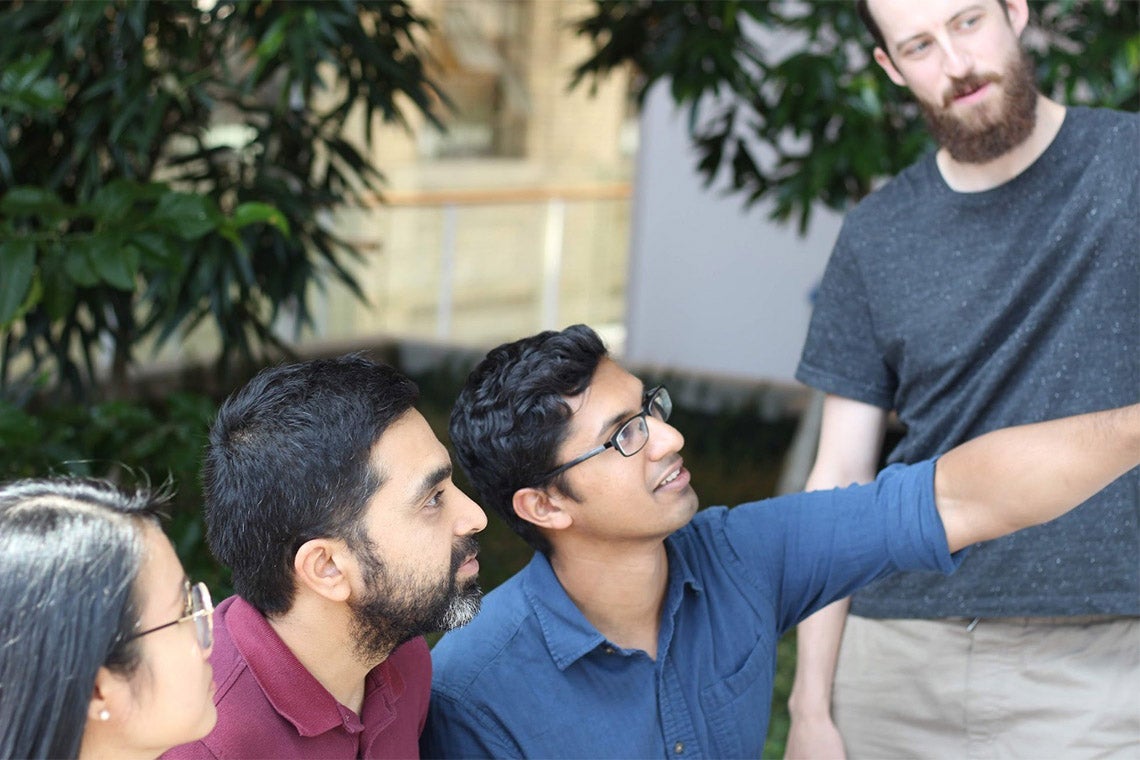 Syed compares nanoparticles to people trying to get into popular restaurants on a busy night. “Some restaurants don’t require a reservation, while others have bouncers who check if patrons made reservations,” he says. “The bouncers are a lot more common than researchers thought, and most places only accept patrons with a reservation.”

The researchers established that passive diffusion was not the mechanism of entry with multiple lines of evidence. They took over 400 images of tissue samples from animal models and saw few endothelial gaps relative to nanoparticles. They observed the same trend using 3D fluorescent imaging and live-animal imaging.

The group then devised an animal model that completely stopped the transportation of nanoparticles through endothelial cells. This allowed them to isolate the contribution of passive transport via gaps between endothelial cells, which proved to be miniscule.

The researchers posit several active mechanisms by which endothelial cells might transport nanoparticles into tumours, including binding mechanisms, intra-endothelial channels and as-yet undiscovered processes – all of which they are investigating.

Meanwhile, the results have major implications for nanoparticle-based therapeutics.

“These findings will change the way we think about delivering drugs to tumours using nanoparticles,” says Shrey Sindhwani, also a co-lead author on the paper and an MD/PhD student in the Chan lab. “A better understanding of the nanoparticle transport phenomenon will help researchers design more effective therapies.”

The research included collaborators from U of T’s department of physics in the Faculty of Arts & Science, Cold Spring Harbor Laboratory In New York and the University of Ottawa. The study was funded by the Canada Research Chairs Program, Canadian Cancer Society, Natural Sciences and Engineering Research Council of Canada and the Canadian Institutes of Health Research.