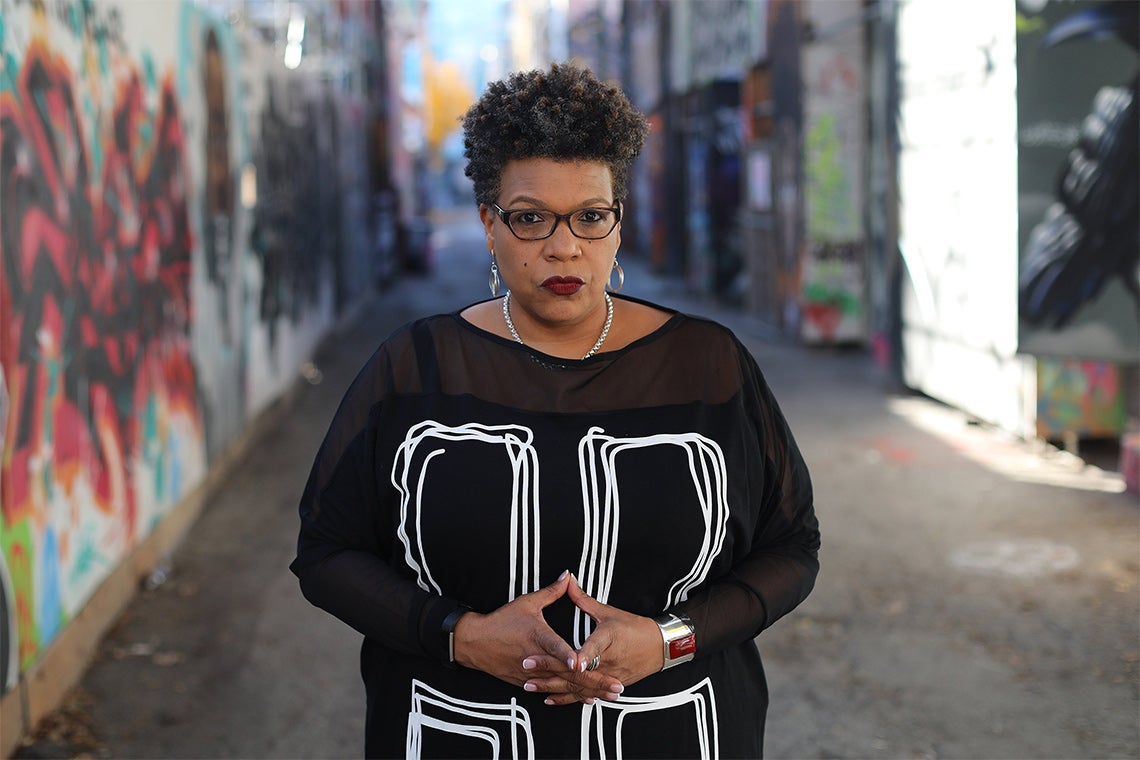 Tanya Sharpe, a researcher in U of T's Factor-Inwentash Faculty of Social Work, says the Homicide Tracker is likely the first to map the outsized impact of homicide on Toronto's Black communities (photo by Rene Johnston/Toronto Star via Getty Images)

Six homicides were recorded in Toronto during the first two weeks of 2022 – a statistic that led some to wonder if Canada’s largest city, which typically experiences the highest number of annual homicides in the country, would see more violence than usual in the year ahead.

While it’s too early to draw conclusions, a new report and interactive map from The Centre for Research & Innovation for Black Survivors of Homicide Victims (the CRIB) provides insight into where homicides often happen, the factors that place Black communities at increased risk and the location of resources available to support those affected by homicide – including families and friends who are faced with the devastating challenge of grieving the violent death of their loved ones.

“To our knowledge, this is the first project of its kind to map the disproportionate impact of homicide on African, Caribbean, Black (ACB) communities in Toronto, while providing context for the root causes of homicide and recommendations for an action plan,” says Tanya Sharpe, an associate professor at the University of Toronto’s Factor-Inwentash Faculty of Social Work and founding director of the CRIB.

“The absence of and lack of access to race-based data collection obstructs our ability to comprehend and respond appropriately to the chronic and cumulative impact that homicide has on Black communities. The CRIB aims to change that.”

The CRIB’s Homicide Tracker is an interactive GIS map that marks where homicides occurred in Toronto between 2004 and 2020 relative to African, Caribbean, Black (ACB) communities and service organizations that exist to serve them. Accompanying the map is a report on the social determinants of homicide, which identifies the key factors that put Black communities at an increased risk of homicide. The report includes recommendations for an action plan to not only reduce the inequitable conditions that contribute to the disproportionate number of homicides within Black communities, but to also increase the availability of culturally responsive trauma-informed care. 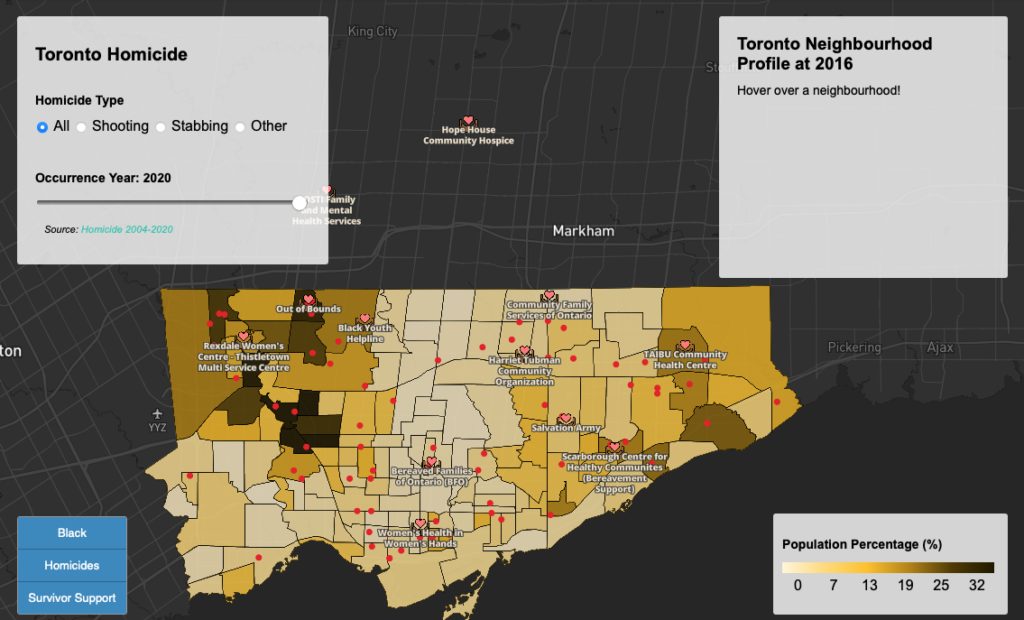 Racialized Ontarians account for 75 per cent of the 600 homicide victims each year in Canada – with 44 per cent of those victims being African, Caribbean or Black (ACB). Ontario itself averages around 232 murders per year and Toronto accounts for 77 of those murders – the highest number of any Canadian city.

The CRIB’s Homicide Tracker depicts the disproportionate prevalence of homicide in ACB neighbourhoods across Toronto and illustrates the availability of resources to assist family members and friends of murder victims. Compared to downtown neighbourhoods, Black survivors in the city’s northwestern neighbourhoods have less access to grief and bereavement supports.

“It is vital that we consider the systemic way that anti-Black racism permeates the very fabric of our society, infecting a plethora of systems and services that survivors of homicide victims engage with on a daily basis, as well as the ones they need and interact with as a result of experiencing the murder of a loved one,” says Sharpe.

Included in Social Determinants of Homicide is an overview of the educational, employment and income inequalities and mass incarceration rates experienced by Black communities in Toronto. For example, Black Torontonians are four times more likely to be charged with a crime than their white counterparts, while one in 15 young Black men in Ontario have been incarcerated, compared to one in 70 young white men.

“Eliminating structural inequities is essential,” says Sharpe. “Addressing these inequities requires advancement in the policies we design, the services we deliver, and the culturally responsive research infrastructures we build.”