"The military coup was destined to fail": U of T experts on Turkey 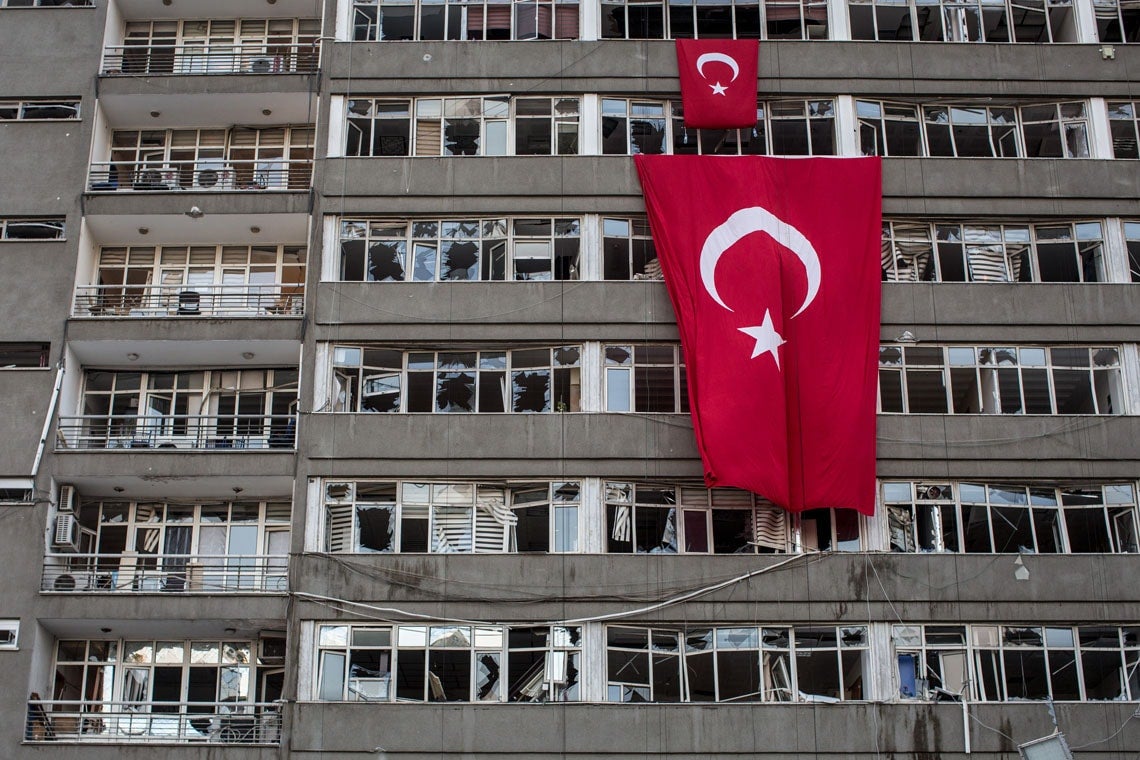 An attempt by the military to wrest Turkey from the control of President Recep Erdoğan sent shock waves across the world on Friday. But by Saturday afternoon it was declared a failure.

In the wake of the attempted coup, the world is watching Erdoğan and Turkey and such post-coup measures as a ban on travel by academics.

U of T News writer Veronica Zaretski spoke with U of T’s Robert Austin, Jens Hanssen and Milena Methodieva about the aftermath and what the future may hold for the region.

Jens Hanssen is an associate professor of Arab civilization and modern Middle Eastern and Mediterranean history.

On the failure of the military coup

The military coup was destined to fail against the ongoing, long coup of the governing AKP party. Even if it had broader support within the army, it no longer commands the kind of authority it traditionally had as a guardian of the Kemalist constitution among significant sectors of society and political parties.

Kemalism itself, the separation of religion and politics in Turkey, has been challenged by President Erdoğan’s project of capturing the state.

The military coup was a blast from the past in the way it was executed: occupying some state institutions and traffic nodes along with flying some planes overhead is no longer sufficient without controlling the message on social media.

None of the political parties, even those who are opposed to Erdoğan, supported it. And the President’s party ‘owns’ the streets and the minarets, so thousands of his supporters defied the curfew and went on the streets opposing the soldiers and tanks while the religious authorities in the neighbourhood mosques encouraged resistance.

One wonders why the plotters thought they could succeed in the first place.

On the dissident movement in Turkey

Most of the remaining dissidents in Turkey were opposed to the coup because they rightly fear the negative repercussions of a successful coup – civil war – and a failed coup – further criminalization of criticism of the direction Turkey has been taking under President Erdoğan.

I previously discussed Erdoğan’s success in changing Turkey from a secularist Republic, and that continued success with the arrest of judiciary, academics and journalists, not to mention the renewed bombing campaign of Kurdish regions in the south east of the country. A campaign, I should add, that the military demanded of the president.

We are now seeing worrying signs of mob rule whereby ordinary supporters of Erdoğan take the law into their own hands and beat other citizens on the street.

The coup attempt has shown to Turks and the world how severely limited the options for civil protest have become.

In the short term, the coup has played into Erdoğan’s hands. It has given him license to accelerate his policy of purging institutions of independent minds and seizing the state and the top-brass of the army.

In the long-term, he may become the victim of his own success and be personally held accountable for any economic, security and political downturn for Turkey, especially given the volatility of the region.

European states will not take lightly the reintroduction of the death penalty to Turkey. This will stall any negotiations for E.U. accession and may well lead to a hardening of fronts regarding the questionable refugee deal struck a few months ago.

Tensions between Greece and Turkey, both NATO members, might re-emerge, not least because some of the plotters fled to Greece.

The Canadian and U.S. foreign policy establishment has long seen Turkey only through the security lens and given Erdoğan more or less free reign with the understanding that the army was at arms’ length.

This policy may be reviewed now that Erdoğan is likely going to purge the army of commanders with special ties to NATO – not least because rumours are being circulated that the plotters had ties to the NATO base at Incirlik, from where ISIS positions in Syria and Iraq were bombed.

But my expectation is that as long as Assad remains in power, the marriage of convenience continues, very much at the expense of ordinary Turks and Syrians. And given the recent rapprochement between the U.S., Russia, Turkey and Assad, the situation is going to fester and possibly escalate.

Robert Austin, associate professor at U of T's Munk School of Global Affairs, is a specialist on East Central and Southeastern Europe.

On the unfolding of the coup attempt

Most Turkey watchers would have never expected something like this to happen, given the length of time the AKP party has been in power and the dramatic reduction of the military's influence in Turkish political life. To imagine another coup in a country that already had so many coups seemed really unlikely. At this stage we don’t even know exactly what happened.

This will manifest in everywhere in terms of Turkey’s relation to the EU, its relations to North America, to NATO, and Turkey’s relations on a regional level within NATO. The events that unfolded really set back Turkey’s on-and-off attempt to join the European Union.

Erdoğan is an extraordinary political figure. His longevity is mind-boggling in some ways. He’s extremely popular. What he has done in Turkey in his time is quite astonishing, especially in terms of economic gains for ordinary people.

He has already radically changed Turkey's existing constitution and he wants to give Turkey an entirely new one. The new constitution aims to be highly centralized, with power vested in the president, closer to the constitutions of Russia or Azerbaijan, though he would call it closer to France’s constitution. He sells it as a way of bringing together divided Turkish politics. This massive purge of academics, judiciary and military has some people thinking that he has taken things too far.

The whole event is a great opportunity for conspiracy theorists. Some will say that this coup is very convenient for the president. The official accusation is that the Gulenist movement orchestrated the coup in an attempt to steal the state. Who knows where Erdogan will take this.

The AKP party is in power because they win elections. If the coup has succeeded it would have been chaos in Turkey.  The other parties in government don’t want the military making those changes either.

There is an impact on Turkey’s desire to join the EU because it exposed a fault in Turkish democracy.  They can’t just operate a blanket witch hunt.

On the strategy behind, or lack of, the coup attempt

The coup organizers struck me as struck as highly disorganized, as though they were working with a coup handbook from the 1970's.

His is a genuinely successful political movement. Turkey society has changed greatly. It’s a flawed democracy but it is still a democracy. It’s not Russia.

Assistant Professor Milena Methodieva of the department of history is an expert in Balkan and Ottoman history.

On the failure of the coup attempt

The recent coup attempt in Turkey staged by groups within the military took many by surprise as there was a general feel that military intervention in politics belonged to the past.

Information regarding the attempted coup is still emerging, and it may be some time until one can reconstruct a full picture of events.

From what is known so far, it appears that there was a combination of factors that led to the coup’s failure, among them being the apparent lack of extensive preparation (though new information suggests the contrary), the fact that coup plotters were a relatively minor faction within the military and underestimated the significance of social media, the lack of support among opposition parties, and general wariness of army intervention in politics.

It will not be surprising if, as many observers have pointed, the attempted coup leads to an executive presidency.

On the consequences of instability in Tukrey

Instability in Turkey has wide repercussions. To start with, it affects people in Turkey – Turks, Kurds, those belonging to other ethno-religious groups.

Dissent may be further curtailed, while polarization within society will increase. There are also other important factors contributing to instability: Turkey bears the impact of the war in Syria, it has to deal with Kurdish insurgency and the threat from the Islamic State group.

It also hosts more than two million Syrian refugees. Instability may lead to many refugees renewing their attempts to reach western European countries.