Memory of pain enhances pain responses in males, but not females: U of T-led study 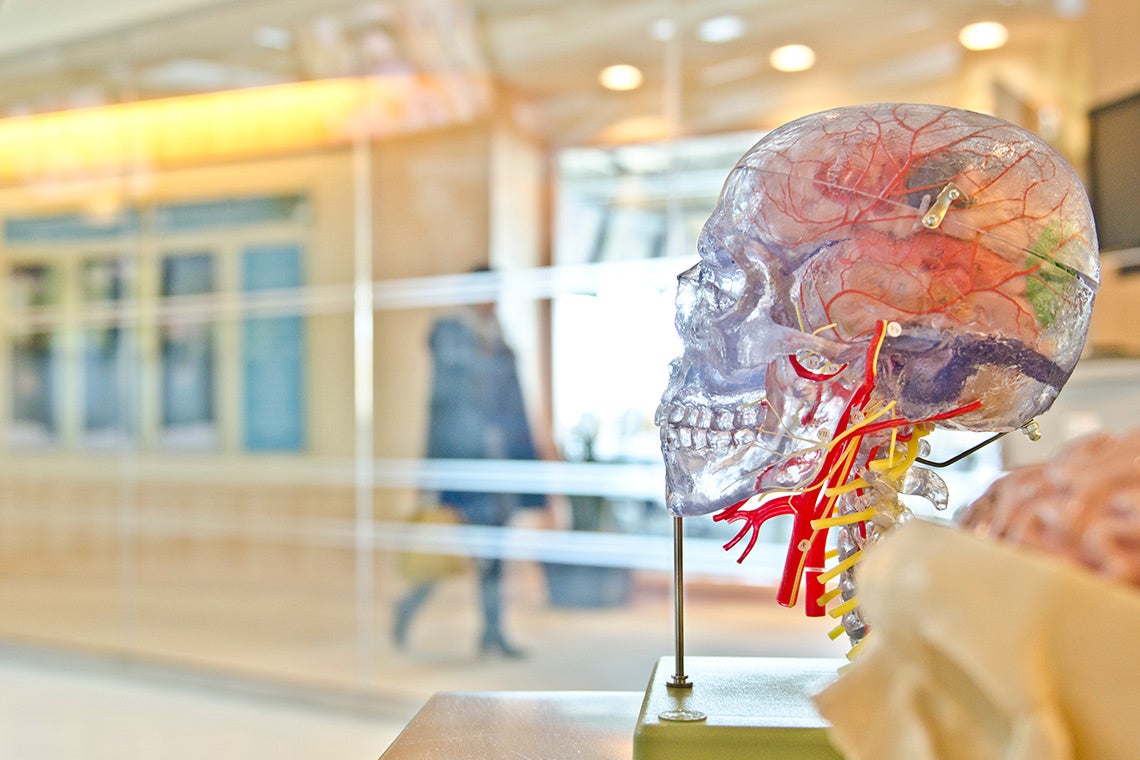 The study of humans and mice, led by U of T researcher Loren Martin, found males were more likely to remember – a feel stress associated with – a previously painful experience (photo by Jesse Orrico via Unsplash)

Males – both men and mice – remember physically painful experiences and become stressed by them, according to a new study by researchers at the University of Toronto and McGill University.

By contrast, the study says, females do not react in this way and appear not to recall the experience.

“If pain is experienced in a particular environment and it is revisited, this heightens the pain response in males,” says Loren Martin, an assistant professor of psychology at U of T Mississauga who is the study’s lead author. “This is an important finding because increasing evidence suggests that chronic pain is a problem to the extent that you remember it, and this study is the first time such remembered pain has been shown using a translational – both rodent and human subject – approach.

“If remembered pain is a driving force for chronic pain, and we understand how pain is remembered, we may be able help some sufferers by treating the mechanisms behind the memories directly.”

The study, which appears in the Jan. 10 issue of Current Biology, highlights the difference between sexes in how pain is remembered, which may shed some light on the saying that if men had to give birth, the world wouldn’t have families with more than one child.

In conducting their research, Martin and his colleagues tested pain memory in men and in male mice compared to appropriate control groups. Both men and women were brought into a room where sensors were applied to their skin. Next, they were taken into a room where their arms were banded with a blood pressure cuff inflated tightly for 20 minutes; each subject was asked to raise his or her arm, further tightening the cuff to increase the sensation.

The following day, the subjects returned and sensors were once again placed on their arms. When they were taken into the room with the blood pressure cuffs, the men exhibited a much higher level of pain than the women – even though no cuff was applied.

“We believe that the men were anticipating the cuff and, for the men, the anticipation caused greater pain sensitivity,” Martin says.

In the case of mice, each mouse received an injection to cause mild stomach pain before it was moved to an environment where a light was shone on its paw to produce a heat pain response. Twenty-four hours later, the mice were either placed in the same cage or a differently-shaped cage. Male – but not female – mice returning to the same environment exhibited a heightened heat pain response. Mice placed in a neutral environment did not.

“The male mice and men who returned to similar environments showed a greater stress response and pain sensitivity; we believe they were anticipating pain,” Martin says.

The researchers hypothesized the pain response might be related to the body’s sex hormones. They compared male mice to castrated mice during the experiment. The castrated males, in this case, did not show greater pain responses, while testosterone administration to females caused greater sensitivity. That allowed Martin and his fellow researchers to determine that testosterone is involved in pain memory.

“There are sex differences in how we remember pain,” Martin says. “These implicit memories change our physiology.”

Given that pain appeared to recur due to memories of previous pain, Martin and his colleagues interfered with memory by injecting the brains of male mice with a peptide known to erase memory.

When they ran the pain memory experiment, these mice didn’t show signs of remembered pain.

Understanding the physiological roots of remembered pain may make it possible to develop treatments for persistent pain, according to the researchers.

“We are following up by trying to determine the areas of the brain that might be active during remembered pain so we can understand the mechanisms and target them,” Martin says.

The study was supported by the Canadian Institutes of Health Research, the Natural Sciences and Engineering Research Council of Canada and the Canadian Pain Society, among others.