Memory, luck and a thirst for knowledge: U of T alumna chats with CBC about her Jeopardy! winning streak 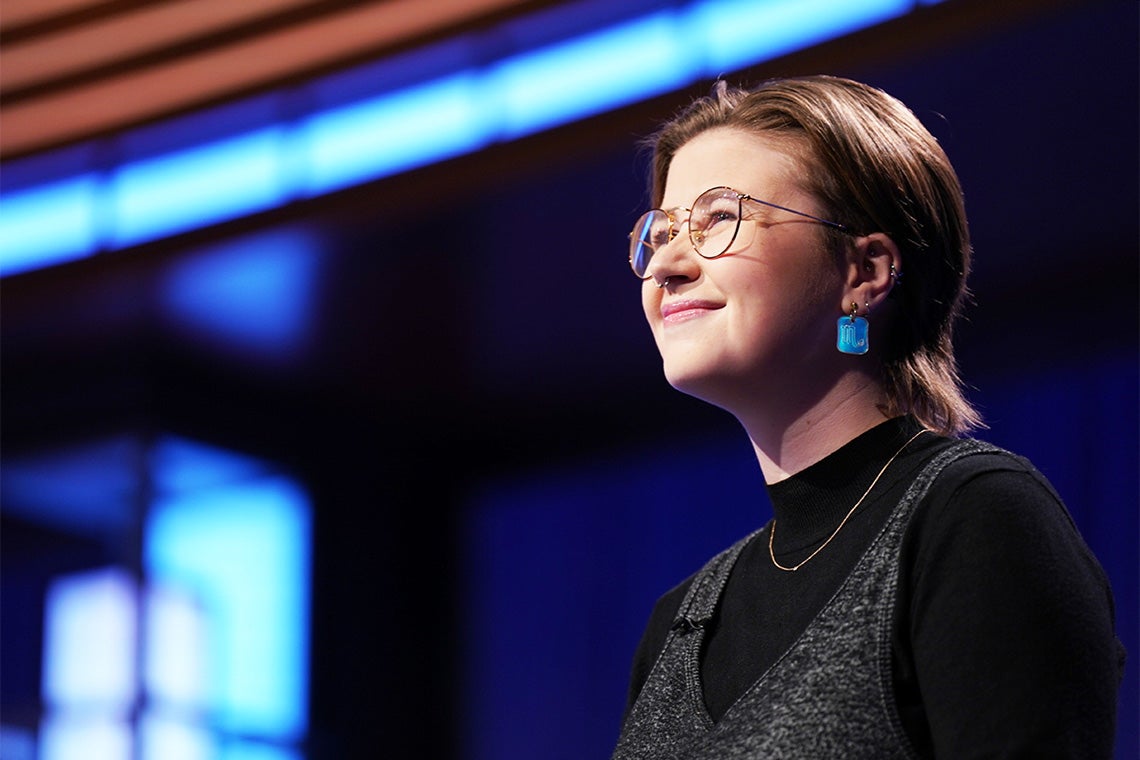 Jeopardy! contestant Mattea Roach – now a nine-time champ on the popular TV quiz show – told CBC News that she is moved by how many people have gotten behind her winning streak.

In an interview with Ian Hanomansing, host of CBC’s The National, the University of Toronto alumna said it has taken luck, a thirst for knowledge and a good memory for her to be successful on the show. “You need luck first of all to get the stage where you’re going to be competing,” said Roach, who graduated in 2020 with a bachelor of arts as a member of Trinity College. “You need to be a sponge for knowledge throughout most of your life in order to be successful multiple times. There’s a strategic element to it, too, and you have to try to make sure you’re playing the game that’s going to maximize your chances of victory.”

A former member of the Hart House Debating Club, Roach told CBC News that debating made her “very comfortable” demonstrating knowledge about subjects she wasn’t familiar with in front of large crowds.

Roach – who will try for her tenth win tonight – said that she hasn’t felt too much pressure after her first win. “I think as the show has continued to tape, I just started having more fun with because I thought – how often do you get to play one game of Jeopardy! let alone multiple?”