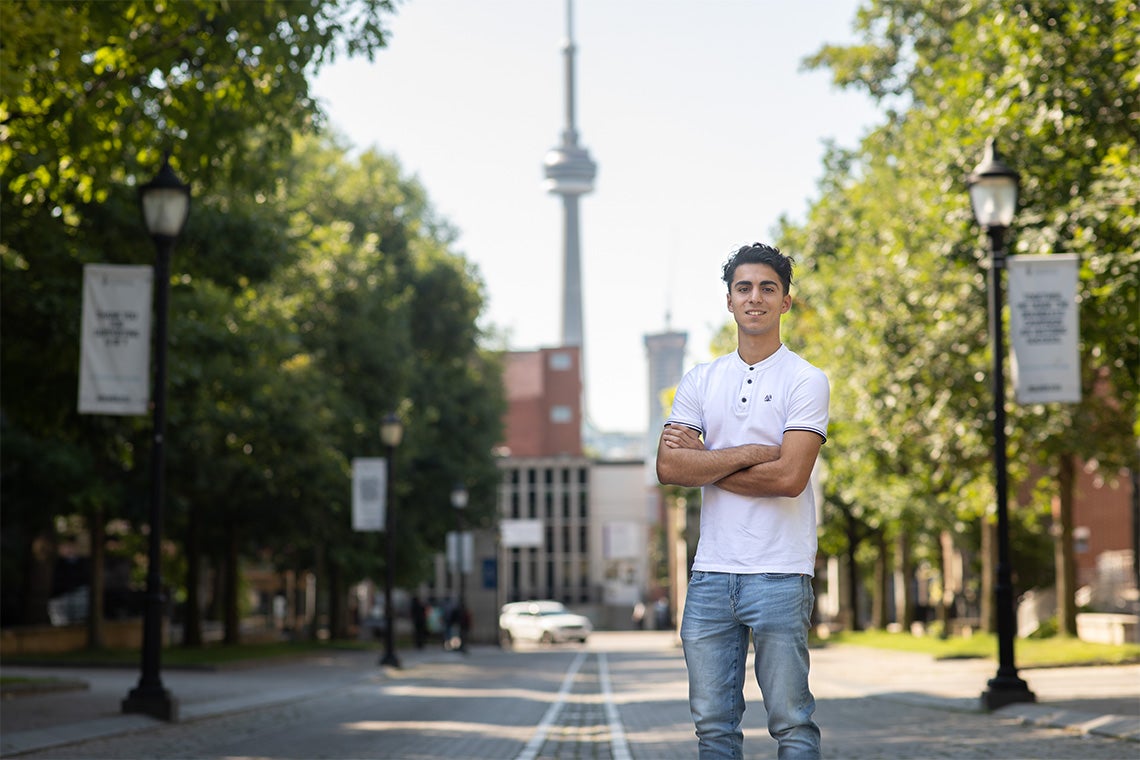 The upcoming fall semester will be unlike any other in the University of Toronto’s history due to the shift to virtual learning necessitated by the COVID-19 pandemic. But for incoming student Michael Acquaviva the unusual start to his post-secondary journey represents more of an opportunity than a hinderance.

“My generation will be viewed as the one that lived through a pandemic and that had to adapt to certain changes in the world,” says Acquaviva, who graduated from William Lyon Mackenzie Collegiate Institute and will pursue a degree in engineering science at U of T’s Faculty of Applied Science & Engineering.

“I think that ultimately is a strength when it comes to adaptability. It builds resilience.”

Acquaviva is one of six students named top scholars this year by the Toronto District School Board (TDSB) – students who achieved an average of 99 per cent or higher in Grade 12 – and one of three who will be attending U of T this fall.

Not surprisingly, Acquaviva had his pick of universities. But he says there was only ever one choice for him.

“U of T has always felt like the right place for me,” he says. “When I went for a campus tour, it just felt like I belong there.”

His peers in the engineering science program will include fellow TDSB top scholar Qingyuan Wu, who graduated from Forest Hill Collegiate Institute.

“I chose U of T because it’s the best university in Canada and the engineering program is also the best in Canada,” says Wu. “The engineering science program appeals to me because it brings both the practical aspect of engineering and the science aspect which is more theoretical, and I think that’s a perfect mix.”

Wu says the shift to online classes and assessments towards the end of Grade 12 emphasized the importance of self-discipline, which will be key for succeeding in university.

“If you go to school, you have to physically sit there for each class and listen. But for online courses, nobody’s pushing you,” Wu says. “So, what I tried to do to keep myself engaged was to make sure I did [work] every day so I didn’t get into that bad habit.” 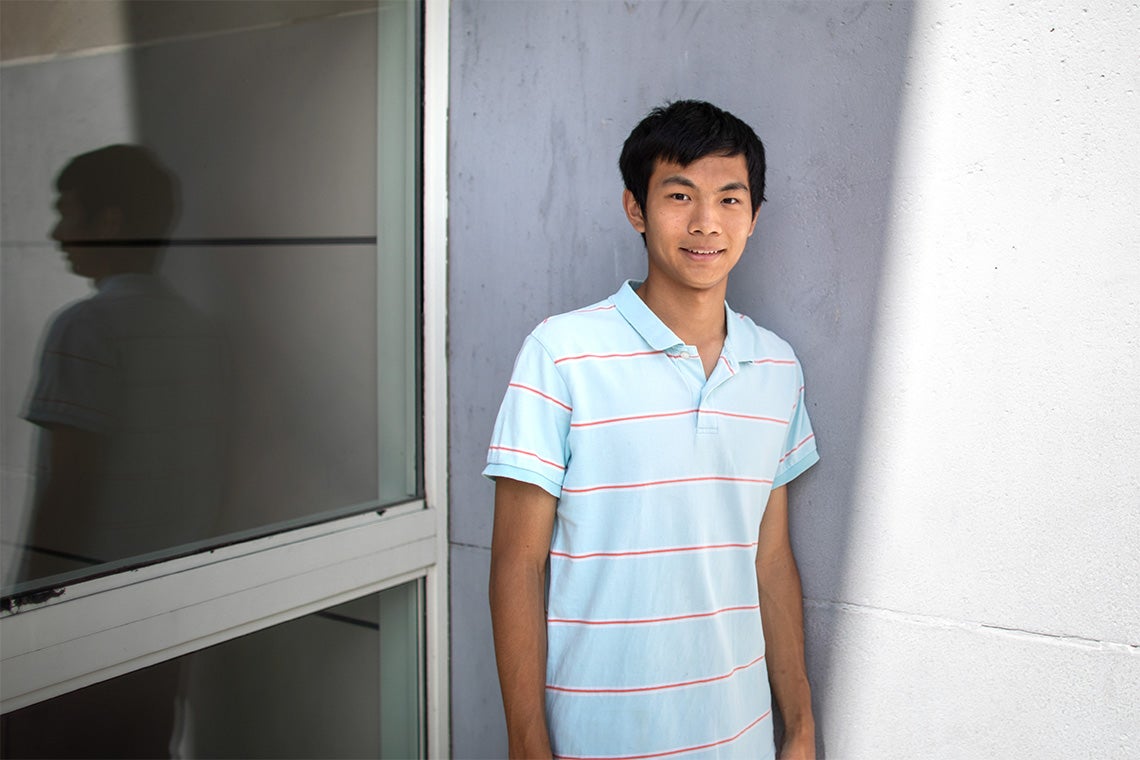 Qingyuan Wu, who graduated from Forest Hill Collegiate Institute and will study in the Faculty of Applied Science & Engineering this fall, says the shift to online learning last spring helped prepare him for university by emphasizing the importance of a disciplined approach to his studies (photo by Nick Iwanyshyn)

Wu is also looking to tap into the energy and enthusiasm of his engineering science peers. That includes proactively looking to forge connections and make friends with classmates by adding them on Instagram.

“Apart from me pushing myself, I’ll also try to meet other people in my program and try to study with them online,” Wu says. “For me, making friends is a huge thing.”

Acquaviva, too, says that interpersonal connections will still be a feature of his fall plans, even if he’ll miss the in-person social interactions of a typical university semester.

“With all the technology today, it’s still possible to build interpersonal connections, whether it’s through Zoom, Facetime or social media,” he says. “Of course, I’d rather have that in-person interaction, so that’s something I’m really looking forward to when we eventually go back [to class]. But, for the time being with the pandemic, we have to manage with what we have.”

Acquaviva says he was drawn to the engineering science program because it’s designed to gradually take students from general engineering to a specialization by the third year. “I’m really looking forward to all the resources U of T has to offer for engineering students,” he says. “That was a big selling point for me when I was making my decision on which university to go to.”

Acquaviva adds that he’s also open to exploring opportunities in entrepreneurship and business – which further enhanced the appeal of going to U of T.

“The business aspect of how you can implement engineering into business is something that appeals to me,” he says. “I know U of T has all kinds of resources for that – there’s the engineering business major, the Myhal Centre [for Engineering Innovation and Entrepreneurship] ... there’s also the program in partnership with Rotman where, directly after your engineering degree, you can go for an MBA. So that’s also something I’m considering.”

Michael Li is another top Toronto student who will be attending U of T in the fall. Li, who graduated from Marc Garneau Collegiate Institute, says he is excited by the prospect of delving into his favourite subject: math.

“I was really excited to hear about the math clubs at U of T and opportunities to participate in math contests,” says Li, who has enrolled in the math specialist program at the Faculty of Arts & Science.

“There weren’t many opportunities in high school because not a lot of people were interested in math, so that’s something that I’m really looking forward to in university.”

Li says he chose U of T because of its “impressive international reputation in mathematics” and the fact that it’s home to the Fields Institute for Research in Mathematical Sciences. But he says the warm welcome he received at Fall Campus Day also played a big role.

“I felt like the U of T community was very welcoming,” he says. “I learned a lot about support programs and health and wellness programs – I felt like they really care about student life and want to help us succeed in university.”

Li says he also got a flavour for the array of supports and social activities organized by Trinity College by tuning in to their virtual presentations and Q&A sessions this summer.

“There was a trivia session where we got into groups and worked together to answer questions. That was really fun because I was able to interact with my peers, who were all very welcoming.” 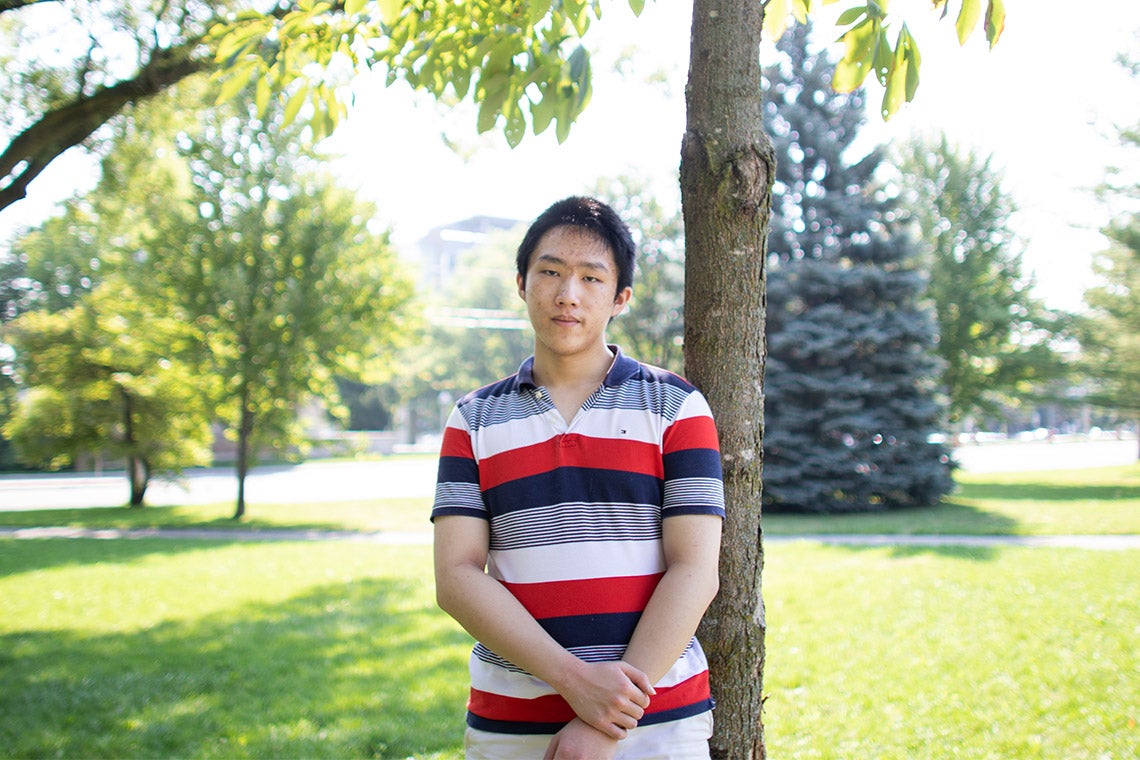 Michael Li, who graduated from Marc Garneau Collegiate Institute, enrolled in the math specialist program in the Faculty of Arts & Science and says he has received a warm welcome from Trinity College (photo by Nick Iwanyshyn)

Li, who wants to become a math researcher and professor in the future, says the last few months of high school – where classes and assessments were moved online – helped him realize the importance of taking responsibility and ownership of his work.

“I think it was a good experience in that I was able to get used to that responsibility and it will help me a lot in university,” he says.

For his part, Acquaviva says that, in addition to that sense of responsibility, a love of learning will likely help him and other incoming U of T students navigate the unusual fall semester.

“I enjoy learning,” he says.  “It actually motivates me every day to get out of bed. If you have a passion for learning, I think that’s the most important thing.”