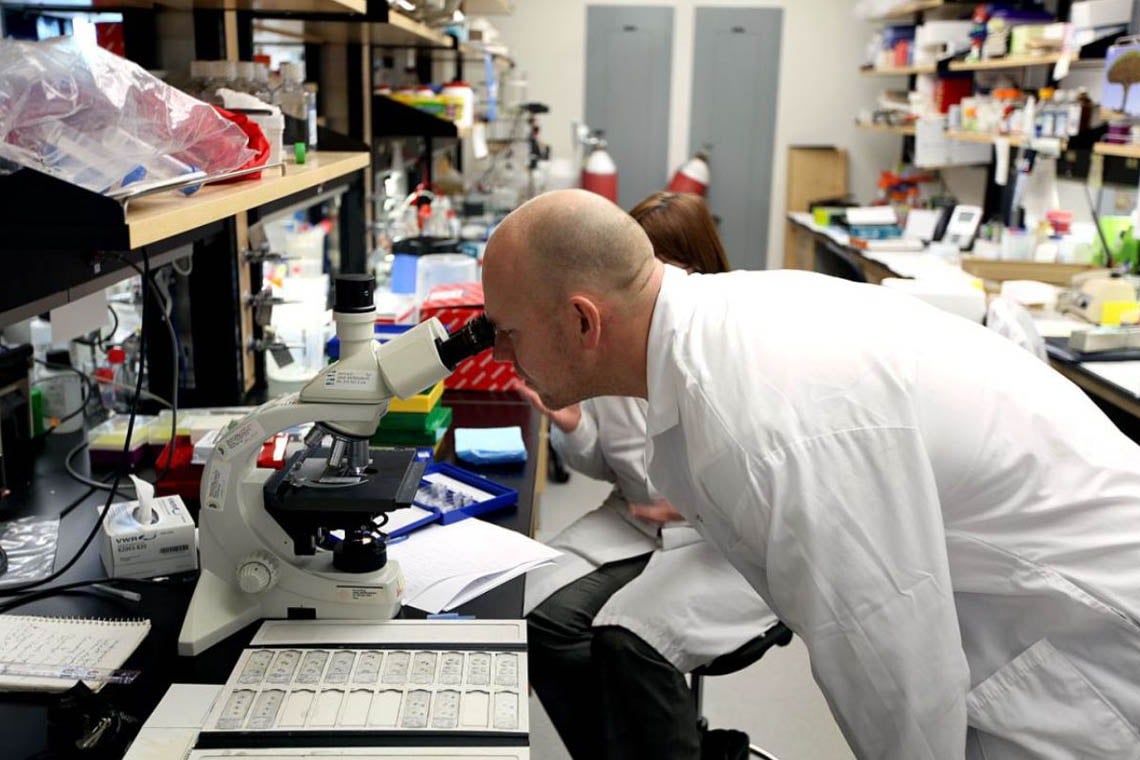 Hockey legend Mats Sundin is accelerating research into the crucial first 2000 days of life. Through The Mats Sundin Foundation, the former Toronto Maple Leafs captain and NHL star is building on his valuable support for the Mats Sundin Fellowship — an elite research exchange between the University of Toronto and Karolinska Institutet in his native Stockholm, Sweden, launched in 2012.

“It’s an Olympic training camp for the brightest young minds,” says Sundin. Each year, two postdoctoral fellows — one in Stockholm and one in Toronto — are paired with leading scientists, scholars and clinicians from both institutions to investigate early childhood development through a two-year biomedical research placement.

The University of Toronto and Karolinska Institutet are leaders in this field — in tracing the origins of disease back to the crucial period of time from conception to age five, or the first 2000 days of life. In particular, U of T and Karolinska scientists are examining the intricate interaction between our genes and our environment within this key timeframe. Their findings will inform efforts to promote healthy pregnancy and infancy, and ultimately improve lifelong health outcomes, and prevent disease.

“The early environment of the fetus and infant can have major influences on cardiovascular, metabolic and mental health later in life,” says U of T Physiology Professor Stephen Matthews, the University of Toronto academic lead for the exchange.

The need for more research in this area is huge. Chronic diseases are on the rise, expected to cost the world $47 trillion and cause 25 million deaths a year by 2030, according to a 2011 World Economic Forum report. By examining the environmental drivers interacting with our genetic code and changing the “expression” of genes and our susceptibility to disease, we can learn to prevent these diseases early on. And by investing in a new generation of scientists, we can strengthen and accelerate this vital research.

“I am convinced that these students will grow to become international stars in these fields and pursue groundbreaking projects leading to improved health and health care,” says Karolinska Molecular Neurodevelopment Senior Scientist Ola Hermanson, the program’s academic lead in Stockholm.

The budding researchers are also learning a collaborative approach to science.

“The future of research is collaborative,” says U of T Faculty of Medicine Dean Trevor Young. “Not only have the Sundin fellows already made important findings, they are becoming immersed in this collaborative network of researchers who are working together to improve human health.”

“I feel so proud to be supporting these two incredible universities,” says Sundin. As he pointed out when first launching the fellowship: “Every player knows we have a responsibility to pass on our skills and knowledge to the next generation — that’s how the sport moves forward, and science as well.”