‘A match made in heaven’: Allen Lau on Naver's US$600-million acquisition of Wattpad 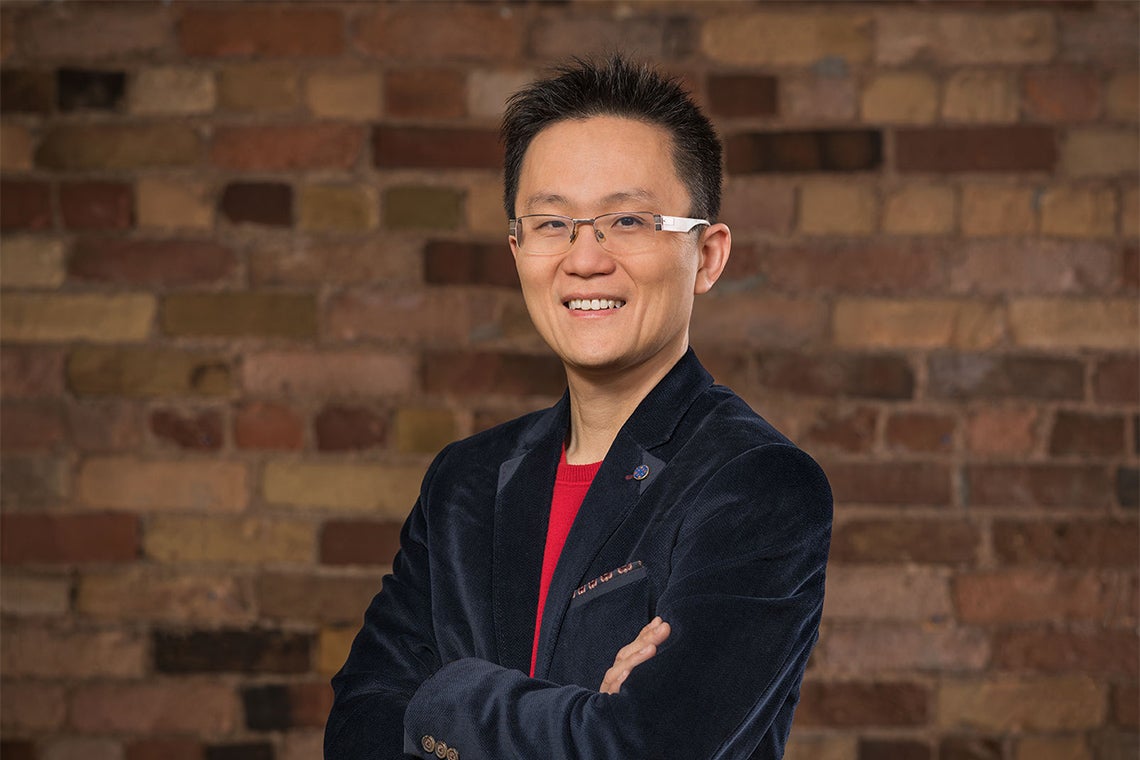 Along with fellow U of T alumnus and co-founder Ivan Yuen, Allen Lau built Wattpad into a global digital publishing and entertainment company that was recently purchased by South Korean internet giant Naver (photo courtesy of Wattpad)

Wattpad, the world’s most popular digital storytelling platform, is preparing to write a new chapter in its own story after being purchased by South Korean internet giant Naver for US$600 million.

Wattpad, which was founded by University of Toronto alumni Allen Lau and Ivan Yuen in 2006, started out as a self-publishing platform, but has since spawned a film and TV production arm called Wattpad Studios; a book publishing division called Wattpad Books; and Wattpad Brand Partnerships, which helps brands reach Gen Z consumers.

Lau and Yuen will continue to lead Wattpad after the cash-and-stock transaction is completed later this year.

With some 90 million monthly users, 1,500 book, TV and film adaptations and over 90 TV shows and movies currently in development around the world, Wattpad – headquartered in Toronto – is revolutionizing how stories are told, shared and discovered on digital platforms.

In a recent conversation with U of T News, Lau said the opportunity to tap into Webtoon’s digital comics audience was a key driver behind the acquisition, which he said will enable Wattpad to take its business “to the next level.”

Lau also discussed what the deal could mean for Toronto’s burgeoning innovation ecosystem, the importance of thinking globally, and what the acquisition means for Wattpad’s presence and growth in Canada.

Why did Wattpad make this deal?

Naver is one of the largest internet companies in the world and they’re very strong in Asia, and Webtoon is the digital comics division that they started more than a decade ago.

Webtoon is similar to Wattpad, being a storytelling company – except that Wattpad focuses on fiction and they’ve been focusing on comics. But other than that, our respective DNAs and our combined visions are very similar. If you look at Wattpad, the vision has always been to entertain the world through stories.

In a single transaction overnight, we have almost doubled our user base. Wattpad alone has 90 million monthly users and we now have a combined user base of 160 million.

Why this acquisition makes so much sense is that it can continue to drive our growth and take the business to the next level – and, most importantly, do it in one stroke, nearly doubling the user base and our capability overnight.

It took us 15 years to build Wattpad into what it is today and Webtoon, too, is around 15 to 17 years old. For Wattpad to build Webtoon organically would be very, very hard to do. They’re already a global leader and we’re a global leader as well – so the combination makes a lot of sense

What was the relationship between Wattpad and Naver before the acquisition?

We’ve known the Naver and Webtoon teams for a very long time. Webtoon was the sponsor of the Watty Award, our annual global writing contest which typically has hundreds of thousands of submissions.

As we became more and more familiar with each other, the [potential for the] transaction became very apparent because it’s a match made in heaven. The alignment is that both are leading storytelling companies. It makes perfect sense.

Wattpad is headquartered in Toronto and you have an office in Halifax. How will the deal affect Wattpad’s presence in Canada?

Nothing will change from that perspective. Our growth trajectory will continue and our headquarters will remain in Canada.

This is actually good for Canada because our success here is much more guaranteed in a way because we now have the backing of one of the largest internet companies in the world. From that perspective, the growth trajectory here is even more certain now.

What can others learn from Wattpad’s success?

One thing that Canada is perhaps not as good at is commercialization. We have amazing scientists, amazing engineers, amazing technologists, many amazing people – but when it comes to turning those ideas into a big global business, the good examples are few and far between. I truly hope that Wattpad is a validation and a good example that we can set for other people.

I’m an engineer myself, so, of course, I appreciate the technology that we built, the machine learning, the AI that’s behind our platform. But one of the main reasons we’ve seen this amazing outcome is because we’re also very good at turning an idea into something people can use. With over 90 million people on our platform on a monthly basis – that commercialization cannot be downplayed.

So we need both: the core technology and core intellectual property, but also a great way to commercialize this into an application.

What does Wattpad’s growth say about the importance of having a global perspective?

That’s a very good question. Even before the acquisition, Wattpad has been very global. We support over 50 different languages. We have users on pretty much every single continent in the world.

We’ve taken some of the top stories on our platform and turned them into TV shows, movies and print books through our partners. For example, we have a few shows in Singapore and Indonesia with some of the top media companies there that were just released on streaming platforms in the last couple of weeks. We have over 90 TV and film projects that we’re actively working on with our partners in five continents.

So we’ve always been doing that. And now with Webtoon, in terms of demographics and geographic reach, we can help them and vice-versa – so it’s very complimentary. Some of the gaps in terms of capability and geographic gaps we have in the respective companies are now mostly filled.

If we were a global company before, we’re now a much stronger global company. I think this is an accelerator for us, an amplifier.

How might the Toronto and Canadian innovation ecosystems benefit from this deal?

The Canadian ecosystem has been thriving in the past decade, with so many new companies and startup companies becoming scale-ups. But not a lot of companies achieve this type of scale, so that experience is still lacking.

Going through a transaction of this magnitude is quite rare and now, all of a sudden, we have 200 people in Wattpad who have the experience – and some of that experience can carry over to the next generation of companies. Now we have, including Wattpad, a few companies at that level and that experience can really help raise the bar of the Canadian innovation ecosystem.

Beyond the transaction itself, Naver as a 20,000-person company is very, very large, so there’s a lot we can learn from them.

What is it about Toronto that makes it such a good breeding ground for startups?

I don’t believe I can pinpoint a single thing. From the multiculturalism to the godfather of AI [University Professor Emeritus] Geoffrey Hinton being part of U of T to the huge number of engineering students coming out of our schools, the availability of capital that didn’t exist 10, 15 or 20 years ago – all of that.

Did you ever imagine you would be where you are today?

The answer is yes and no. When we first started, we always wanted to turn this into a global giant. That has always been the ambition since day one. Having said that, to experience this first-hand in real time at this moment is a very surreal experience that words cannot describe.