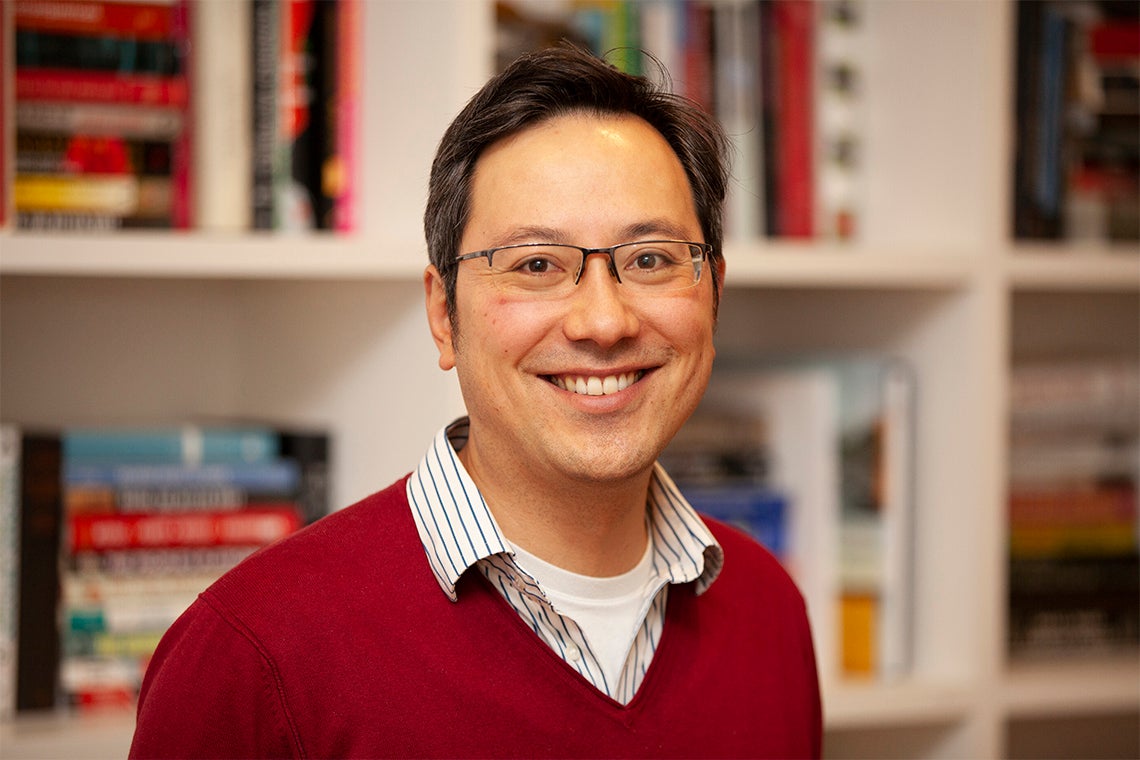 Working with colleagues at U of T and in other countries, Stephan Heblich will use historical maps to study land-use changes and urban growth, providing a window into socio-economic structure and organization of cities (photo by Alexis MacDonald)

Stephan Heblich, an associate professor at the University of Toronto’s Munk School of Global Affairs & Public Policy and department of economics in the Faculty of Arts & Science, is one of nine Canadian researchers to receive a Social Sciences and Humanities Research Council (SSHRC) Open Research Area grant.

Heblich specializes in the field of urban economics, integrating elements of economic history, environmental economics, and political economy into his work.

Working with Marcel Fortin, head of the Map and Data Library at U of T, and colleagues in France and the U.K., Heblich will use the funding to undertake research as part of a project entitled “MAPHIS: Mapping History – What Historical Maps Can Tell Us About Urban Development.” The grant is part of a three-year, $3-million initiative to foster an international research collaboration funded by SSHRC, the Agence Nationale de la Recherche (France), the Deutsche Forschungsgemeinschaft (Germany) and the Economic and Social Research Council (United Kingdom).

The research unites many of Heblich’s research interests: he will be working with counterparts in the U.K. and France to develop new methods of extracting information from historical maps to study the evolution of land use patterns and urban growth.

“This SSHRC Open Research Area grant is a testament to the University of Toronto’s commitment to developing innovative solutions to global challenges across disciplines,” says University Professor Ted Sargent, U of T’s vice-president, research and innovation, and strategic initiatives.

“By using historical maps and data to uncover how cities developed, Professor Heblich and his international colleagues will draw important lessons for how we can build sustainable cities and economies going forward.”

Working with maps dating back as far as 1750, the teams will develop recognition algorithms to detect points of interest and street names that can be matched to data sources (such as censuses and trade registers) in an effort to draw a uniquely detailed picture of changes in the socio-economic structure and organization of cities.

The project represents the first known attempt to digitize historical maps covering so many locations and timeframes; the first to test the full range of recognition methods on historical maps; and the first to draw such a complete picture of urban structure across three distinct historical environments: France from 1750-1950, England and Wales from 1870-1960 and Canada, with a focus on Toronto and Montreal, from 1876-1975.

The new methodologies will overcome several longstanding limitations in the study of hand-drawn historical maps and will considerably expand access to a large – and largely inaccessible – source of historical information. The ability to study historical maps in this level of detail will significantly advance the understanding of urban development. It will offer a unique analysis of the impact of atmospheric pollution on urban centres and ask questions about unequal distribution in cities, the role of building infrastructure in economic activity, whether cities “grow toward their bad parts,” and how advances in building technologies affect the organization of cities.

Heblich says he looks forward to advancing this work and collaborating with colleagues internationally. “My co-applicants and I have started developing algorithms to extract information from historical maps in previous work, and we are excited to use this funding boost to move forward and open up a new window into the past that will provide detailed insights into the spatial organization and growth of cities.”

Two of his upcoming journal articles directly relate to the MAPHIS research project. They include an investigation of why the east sides of formerly industrial cities are often more deprived, which looks at individual-level census data and creates historical pollution patterns (to be published in the Journal of Political Economy) and an examination of the making of the modern metropolis, which uses newly constructed spatially disaggregated data for London from 1801 to 1921 to show that the invention of the steam railway led to the first large-scale separation of workplace and residence (just published in the Quarterly Journal of Economics).