A lost literature: U of T researcher shares the untold stories of Black people on the Canadian Prairies 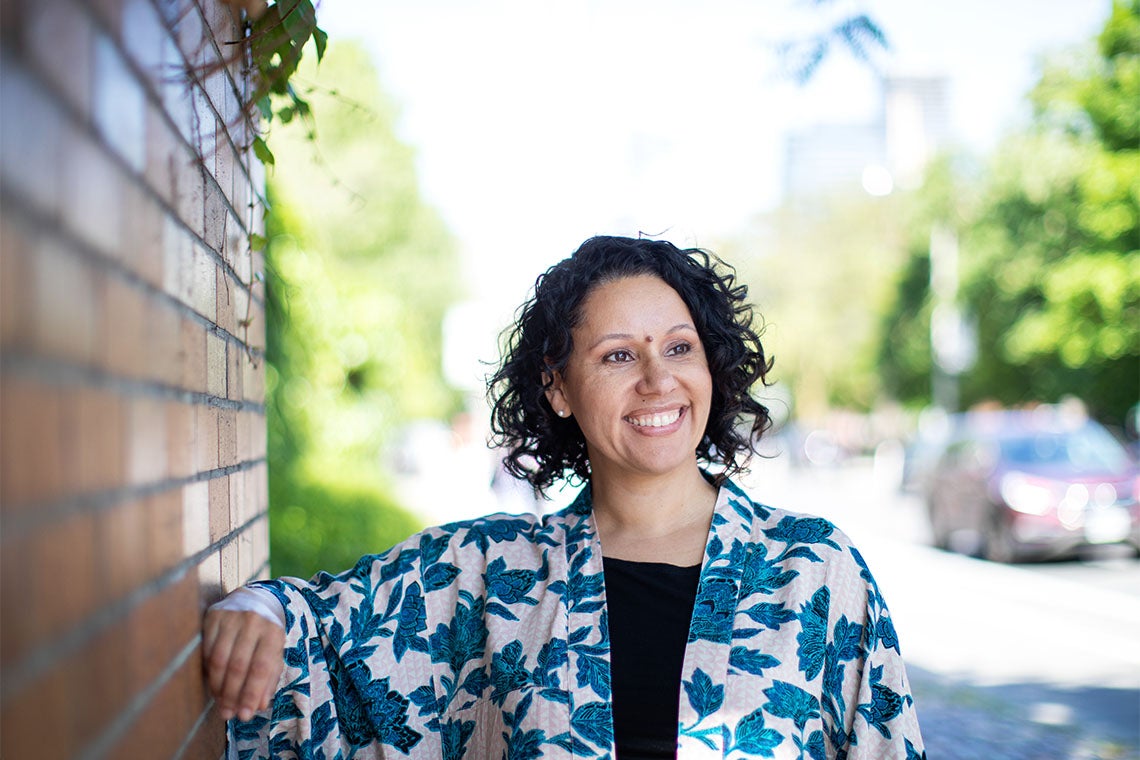 At the age of 11, Karina Vernon found herself in Olds, Alta.

She had been born in Honduras, but moved with her parents and sister to Calgary. When her parents separated, her mother, who was white, moved her daughters to Olds, a small town about an hour’s drive north. Her father, who was Black, stayed in Calgary.

In Olds, Vernon made friends. She joined the Girl Guides. She played in the countryside. She even went to a horse-riding camp. “Typical,” she says.

She remembers imagining that she and her sister were the very first Black people to inhabit the Prairies.

This impression stuck with her – until she made a chance discovery many years later.

As a graduate student at the University of Victoria, in 2004, Vernon came across a 19th-century account of a journey from Manitoba to British Columbia. In the travelogue, the writer describes seeing, in a canoe, “a solitary negro – a pioneer, cook, trapper, vagrant, idler or squatter as chance suited him.”

Vernon was intrigued: Who was he? When and how did he get there? What, she wondered, was he doing in a canoe, of all things, in the middle of the Prairies? It posed the eternal question: Whose mans?

Following a research trail, Vernon discovered that the man’s name was Daniel Williams – a fur trader and a British citizen. She dug through journals and records, and found evidence of other Black fur traders. Why didn’t these men appear in Canadian literature and in the history books? “I was stunned,” she says.

Vernon’s mother, Elvina, had been an English teacher, and Vernon shared her love of reading, seeking out literary classics, young adult novels and newer books by Indigenous writers. “I think because I felt out of place, I was unconsciously reading very widely, looking for representation – for language that reflected my experience,” she says. She felt quite alone when it came to having someone to speak with about race and Blackness.

She pursued English literature at university, doing her graduate degrees in B.C. before coming to work at University of Toronto Scarborough, where she is now an associate professor in the English department. But until that day in the University of Victoria library, Vernon had never encountered archival writing by or about Black people on the Prairies. Her discovery of Daniel Williams felt gratifying, she says, but also sad: “At the moment that I discovered the Black history of the Prairies, I also discovered the erasure of it.”

Vernon realized the stories she’d found presented an opportunity: to put the lives of Black people in the Prairies back into the Canadian historical record. Over 15 years, she painstakingly tracked down more than 100 pieces of writing by dozens of Black authors. She pored over old newsprint and family letters, dove into the records at the Glenbow Museum in Calgary and spent days listening to audio at Library and Archives Canada in Ottawa.

As a result of all this effort, this fall she will publish The Black Prairie Archives: An Anthology, a compilation of Black writing from the Canadian Prairies. The book spans the writings of early Black homesteaders and traders in the mid-1800s to contemporary writers, including rap artists. Included in the book are well-known authors such as Lawrence Hill and Esi Edugyan, but also many names that will be unfamiliar to most Canadians, such as Alfred Shadd, a doctor and newspaper editor in Saskatchewan, and Gwendolyn Hooks, an Alberta teacher and memoirist. 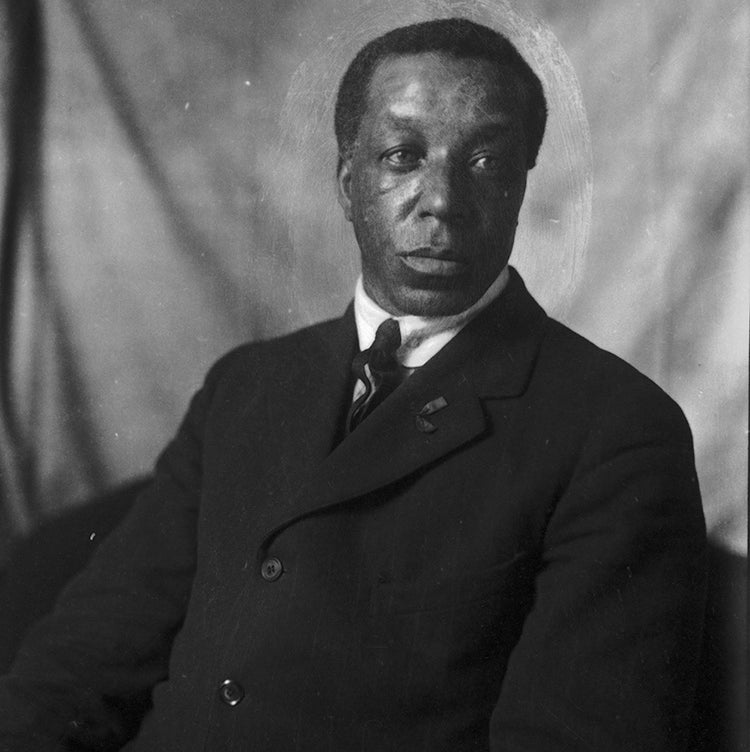 A self-portrait by William (Billy) Beal, a Black settler who arrived in Swan Lake, Man., in 1906

As Vernon explains, the Prairies – more than any other region in Canada – are represented through a particular kind of writing, practised by Frederick Philip Grove, Sinclair Ross and W.O. Mitchell, among others. The “realist” tradition is the one taught in schools and anthologized in books. The problem, says Vernon, is that this version of the region is “rarely gendered, never raced and definitely not Black.

“It excludes not only all of the writing produced by Black Prairie people over the last 150 years, it also excludes every literary, historical and archival representation of the Black presence on the Prairies – a presence which I demonstrate goes as far back as 1780. Where, for instance, are Mrs. Bentley’s Black neighbours in Sinclair Ross’s famous book, As for Me and My House? Where are the Black farmers and storekeepers in the pages of Frederick Philip Grove’s Settlers of the Marsh?”

Vernon sees her book as a riposte – a challenge to the popular image of the Prairies, and a kind of literary ambush of the historical record. There are urban stories and rural ones; Black people from many diasporas living alongside the descendants of early Black homesteaders and ranchers. “The Prairies are thought of as a landlocked middle of the continent, a flat grassland area. But when you start thinking about it as a Black space, then you see the ways that it’s connected to a whole history of the transatlantic slave trade.”

Not everyone’s experience is recorded in text, of course. There’s a strong oral tradition in Black culture, and during her research, Vernon found storytellers, singers and rappers, several of whom she included in the book. She also drew on oral histories of people who settled the Canadian Prairies (or whose parents had) in the early 1900s. Vernon notes that at this time, many Black people were leaving Texas, Arkansas and Oklahoma for what they saw as “greater freedom” under British law in Canada – only to face the isolation of the homesteads, a lack of basic amenities and bitingly cold winters.

In these oral histories, Vernon says, people sometimes spoke directly of racism and their resistance to it. One man remembers that Black people were barred from a city pool in Edmonton and were forced into segregated seating at a theatre, but he notes, “This bias was good, for it caused the Blacks to fight and as a result, changes were made.”

Racism runs as a theme through The Black Prairie Archives, though in the earliest writing, from the 1800s, the authors seem reticent to discuss it. But even if Black people did not always confront the discrimination they faced directly, their entire story is still shaped by anti-Black racism. The all-Black town of Amber Valley in Alberta, for instance, existed partly as a way for Black people arriving in western Canada to create a sense of community and to distance themselves from racist white settler culture. 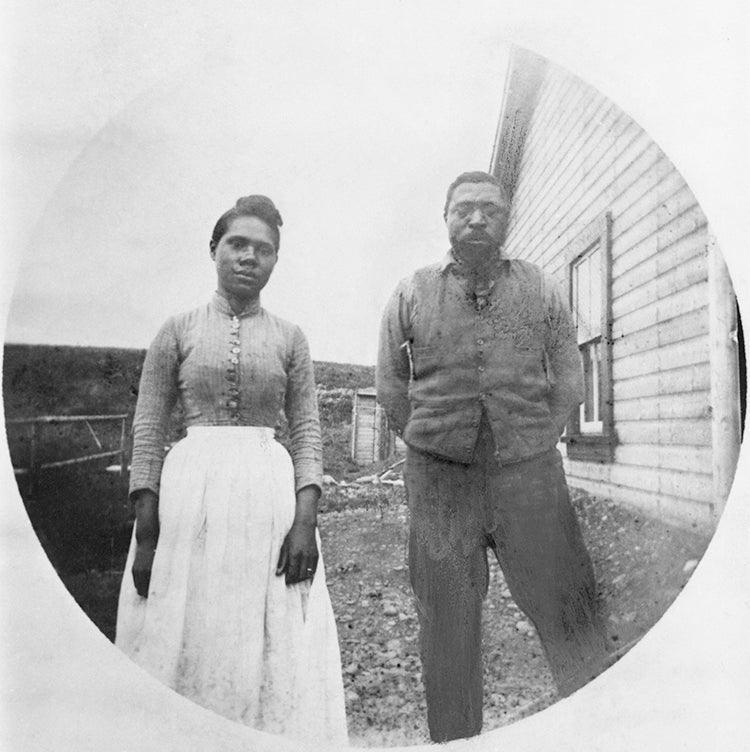 Blacks also moved through the Prairies without necessarily settling. Vernon herself moved to Zimbabwe for a time before returning to British Columbia for school. Her experience of the Prairies as a migratory place is why one of her cherished finds for the book was a set of recordings of Black sleeping car porters telling stories about working for the railways, ferrying Canadians across the country. Recorded by union organizer Stanley Grizzle for his own book, the stories had to be left out of Vernon’s Black Prairie Archives because she couldn’t get permission from his estate by the time she needed them. If the official Canadian record of Black histories is one of exclusion by erasure, at least some of the gaps in the Black Prairie Archives stem from the very practical need to get permission from those Vernon wanted to include.

Still, she had plenty to choose from. In the annals of the Glenbow Museum, Vernon found a letter written by Mildred Ware, a Black homesteader. In 1898, Ware attempted to register her family’s “DC” insignia, which she needed to brand their cattle. She corresponded with the brand registration office and paid the $1 fee, but when the official brand book was published, the Ware insignia was nowhere to be found.

“This moment of opening the book and not finding your mark there, I feel speaks volumes,” says Vernon, “That’s the Black Prairie experience in a nutshell. You open a book, you know you’re there, but you don’t see yourself represented.”

This story originally appeared in University of Toronto Magazine.