Looking for a non-profit CEO? Choose a teddy bear, not a shark: University of Toronto study 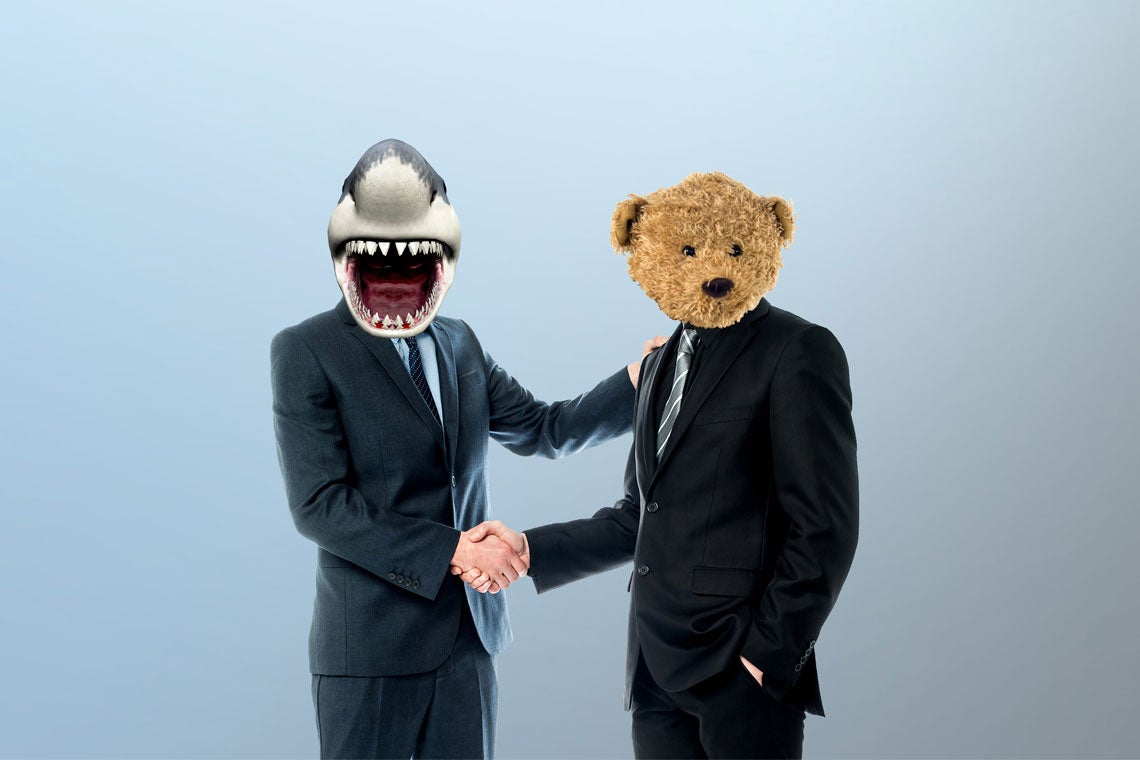 Having the face of a leader may depend on whether the enterprise being led is a for-profit business or a non-profit organization, new research from the University of Toronto has found.

It's the latest finding by the social perception and cognition experts who've advised us on:

what our selfie habits reveal about us

In a paper entitled “Predicting Firm Success from the Facial Appearance of Chief Executive Officers of Non-Profit Organizations,” published in the journal Perception, Daniel Re, a postdoctoral fellow and Nicholas Rule, an associate professor of psychology, report on three separate studies that suggest the facial features of successful non-profit CEOs are noticeably different from leaders of for-profit companies.

A group of 169 participants were shown closely-cropped black and white photos of CEO faces – but not told they were CEOs – and asked to rate them on dominance, likability, facial maturity, and trustworthiness, as well as leadership, age, attractiveness, and happiness.

They found that the non-profit CEO faces that the participants saw as having high 'power' scores tended to have lower total revenue, funding from private sources, and fundraising efficiency for their organizations than non-profits with CEOs that ranked lower on the power index.

"The results were actually much more dramatic than I would have thought," says Re. "Previous studies have shown that CEOs who appear dominant seem to do well when it comes to generating wealth. But for NPOs, we found the opposite."

Re and Rule also had a group of participants look at the faces of CEOs of profit-based businesses. The participants’ scores suggested that the CEOs of successful for-profit companies look more powerful than the CEOs of NPOs.

This seems to support the results of previous studies that have suggested facial cues of power signal real dominance, aggression, and selfishness, and that people who display these facial cues may enjoy greater success as leaders of companies where the main goal is personal gain and stakeholder wealth.

A new view of non-profit leadership

"Even though the most successful CEOs of for-profit businesses might be these cut-throat, intense sharks, that's not necessarily the key to good leadership across-the-board," says Re.

"What we seem to have found is that people who come off as more powerful won't get as far or do as well working at non-profits," says Re. "It's not necessarily that non-profits are picking softer-looking people, it's that such people – perhaps drawn to working for a nobler cause – are likely the ones who have gotten ahead and risen through the ranks throughout their career in the non-profit industry."