Living at the water's edge: students collect stories about water and people 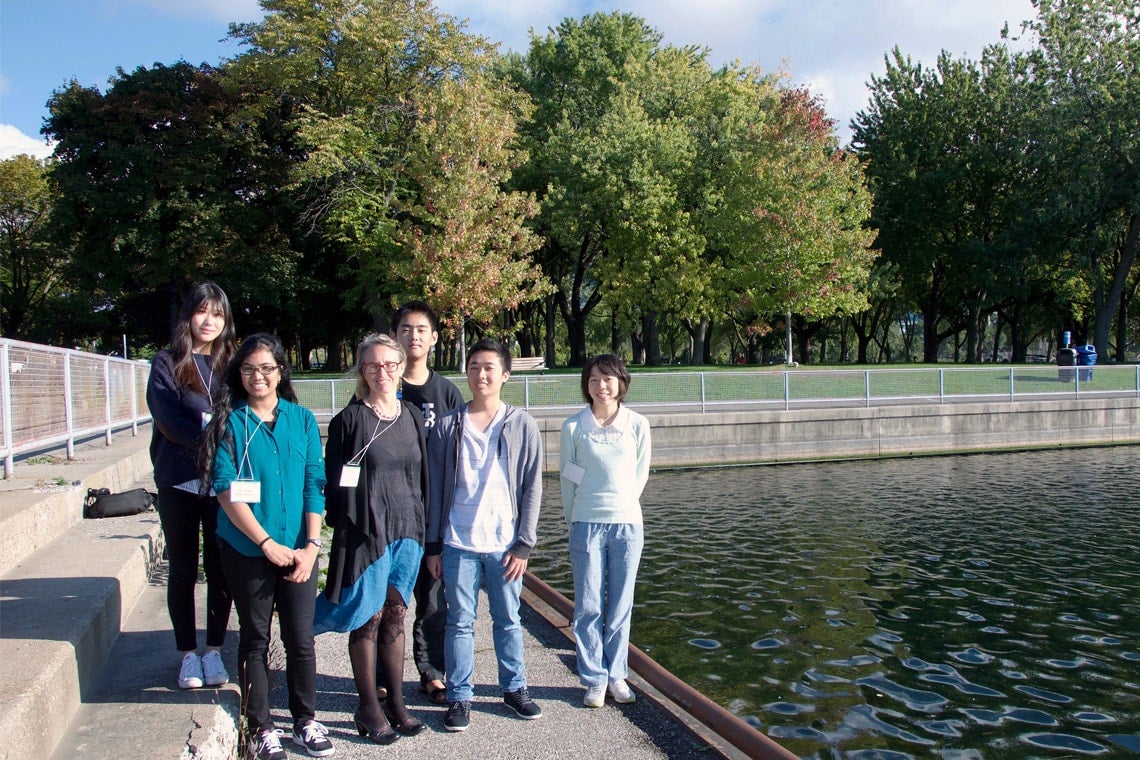 University of Toronto students are helping their city reconnect with its lake system by collecting personal stories about water as part of two unique courses that let the new scholars get their feet wet in social and environmental issues outside of the classroom.

Approximately 35 students from Living at the Water’s Edge, a first-year anthropology seminar, and Water and Social Justice, a fourth-year women & gender studies course, will be asking people attending the Great Lakes public forum Oct. 4 to 6 to share their stories about water.

The students will also be contributing their own stories to the collection and have been invited to present them at the forum by the conference hosts, the International Joint Commissions (IJC), which is supporting the online archive of people’s “watermark” stories in a project with Lake Ontario Waterkeeper (LOW).

“What makes the stories profound is the personal connection,” says fourth-year student Mariam Jammal, who recently helped create another online writing platform called "The Blank Page" for people to share their views on social and environmental issues. “We pride ourselves as Canadians on having the largest freshwater supply in the world, but we also take it for granted. We don’t really look at how that water is used and dispersed, or the impact that makes on people’s lives.”

Veteran environmental lawyer and LOW president Mark Mattson says there is a symbiotic relationship between his organization and the student story collectors, who he calls “essential partners” in his work to safeguard the Great Lakes by raising the awareness of Canadians about their connection to the water.

“The students are helping provide an archive of stories I can use as evidence going forward to protect the water and restore it,” Mattson says. “A small organization like ours couldn’t do that without them.”

The IJC was created over a century ago to help Canada and the United States prevent disputes over lakes and river systems along their border. The public conference will hear from both countries about how the Great Lakes are faring under a joint water quality agreement.

Personal anecdotes may seem like soft information compared to the hard science being presented at the conference, but it’s a natural way to get people to connect to the issues, says Bonnie McElhinny, an associate professor of anthropology and women & gender studies who teaches both courses.

“For a long time, the city turned its back on the waterfront," says McElhinny. "It was a place for refineries and railroad tracks and industry, but that’s changing. Now people are trying to develop a new sense of what this interaction with the city and the water means to them.”

The story collection started as a pilot project in 2015 with LOW and McElhinny's first-year class, and has expanded to include her fourth-year course. McElhinny hopes to collect about 180 stories from students and the public for the archive this time around.

In addition to collecting diverse stories at the forum, both courses will also weave the history and perspectives of local indigenous peoples into the background materials and field trips.
Rachel Pfau, a first-year Indigenous Studies student, says she has lived on Toronto’s waterfront for a decade and has become passionate about getting involved in community work around its development and reclamation.

“I love this storytelling approach,” says Pfau. “It makes the course so engaging.”

Read about other anthropology classes taught by Professor Bonnie McElhinny

Pfau’s classmate, Jamie Kim, a first-year computer science student, took the Living at the Water’s Edge course as an elective because of her interest in the environment and anthropology.

“When I go out and talk to people, instead of just reading books, it makes it memorable,” says Kim. “I enjoy being active in the community and feeling good about myself as a citizen.”