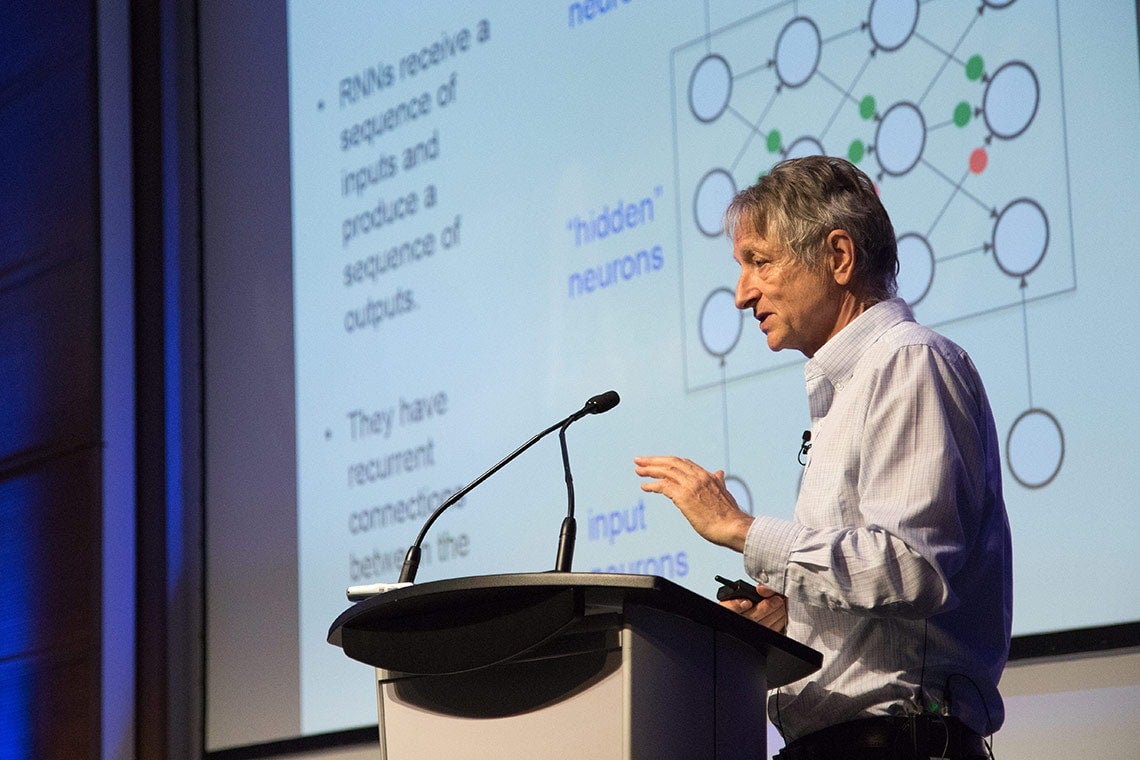 There are bound to be critics, but deep learning “godfather” and head Google researcher Geoffrey Hinton says his latest contribution to the artificial intelligence, or AI, field could be just as important as his earlier, pioneering work.

“History is going to repeat itself,” Hinton, who is also a University Professor Emeritus at the University of Toronto and the chief scientific adviser at the Vector Institute for artificial intelligence research, told the New York Times this week.

Called a “capsule network,” Hinton's new approach aims to make it possible for machines to easily recognize objects from different angles or perspectives – something the neural networks Hinton pioneered several years ago can't do without a lot of practice.

The contribution is outlined in a recent paper co-authored with Sara Sabour, a fellow Google researcher who did her master’s in computer science at U of T.

“It can generalize much better than the traditional neural nets everyone is now using,” Sabour told the newspaper, referring to the human brain-mimicking technology that was initially dismissed by AI researchers but now underpins computer vision applications ranging from language translation services to self-driving automobiles.

As he did during a presentation at Google’s recent Go North conference in Toronto, Hinton gave the Times a visual demonstration of his new, capsule network approach using a pyramid model that's been sawed in half. Most people – including two tenured professors at  the Massachusetts Institute of Technology – struggle to fit the two-piece puzzle back together, Hinton claims.

Why? Hinton says it has to do with the way humans naturally visualize objects in three dimensions – a coffee cup for example – even if they’ve only seen it from one angle.

“It is a fact that is ignored by researchers in computer vision,” Hinton told the Times. “And that is a huge mistake.”

The cutting-edge work of Hinton and his students was lauded separately today by Reza Moridi, Ontario's minister of research, innovation and science. After quoting briefly from the Times ​piece, Moridi stood before the legislature and called Hinton a "champion" whose "research group at the University of Toronto has made major breakthroughs in deep learning that has revolutionized speech recognition and object classification technologies that have a had a significant impact around the world.”

Moridi went on to note that Hinton, who was in attendance, continued to receive government support for his groundbreaking research back when most people considered his initial neural network ideas crazy.

"I believe there’s something to learn from supporting research from the beginning – before those eureka moments," Moridi said. "It’s because of our faith in Dr. Hinton that we have the Vector Institute in Ontario.”