The last straw: U of T ecology expert, students create inventory of plastic litter that collects in the Don River 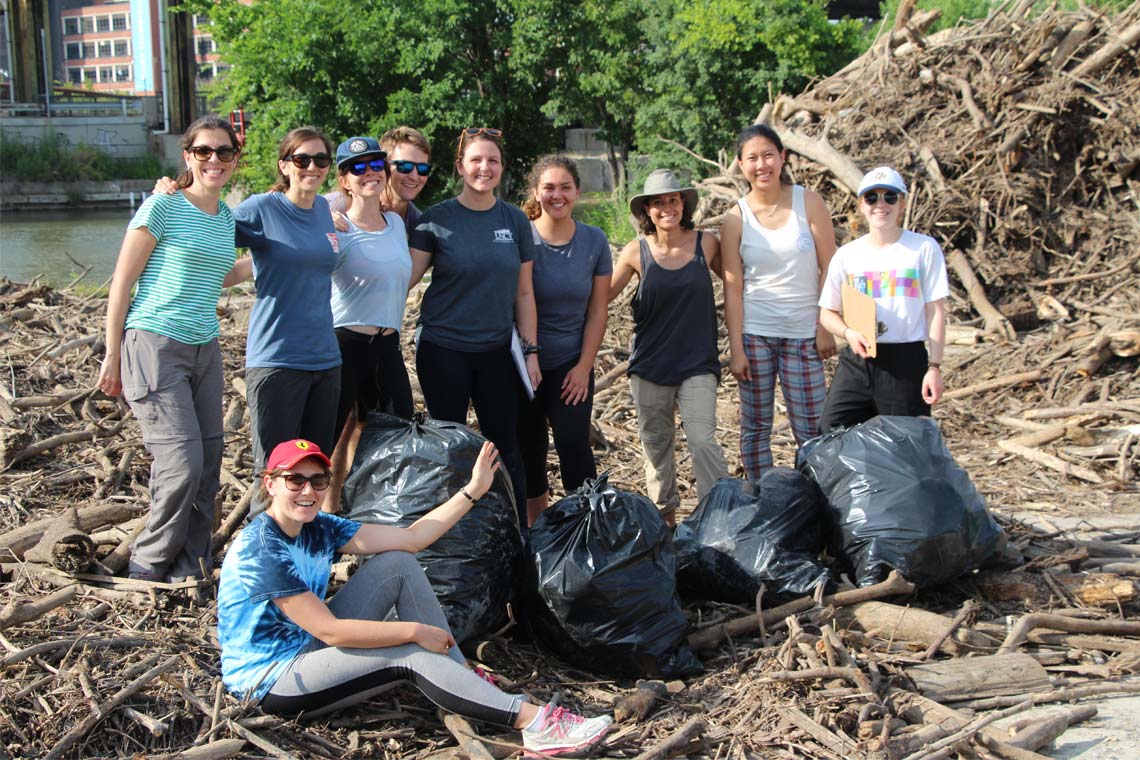 On a hot and muggy July day, Chelsea Rochman, an assistant professor of ecology and evolutionary biology at the University of Toronto, and a group of students made their way to the mouth of the Don River, armed with gardening gloves, garbage bags and a first aid kit.

Their goal? To create an inventory of the litter collected by a barrier called a boom, meant to pick up floating debris from the Don River to prevent it from making its way into Lake Ontario.

The boom was put in place by Ports Toronto.

“We are trying to understand how much trash comes down the Don River and enters the lake so that if we do get infrastructure to help stop the debris, we know how much we're stopping,” says Rochman.

Rochman and the team of undergraduate, graduate and post-doctoral students from her lab spent 1½ hours picking through giant piles of driftwood and trash that accumulated over two weeks.

“It smelled terrible,” she says. “There were flies everywhere. It was definitely a gross, hot afternoon.”

Despite the stench, Rochman says the students were enthusiastic about the project. “It was cool – we had fun,” she says. 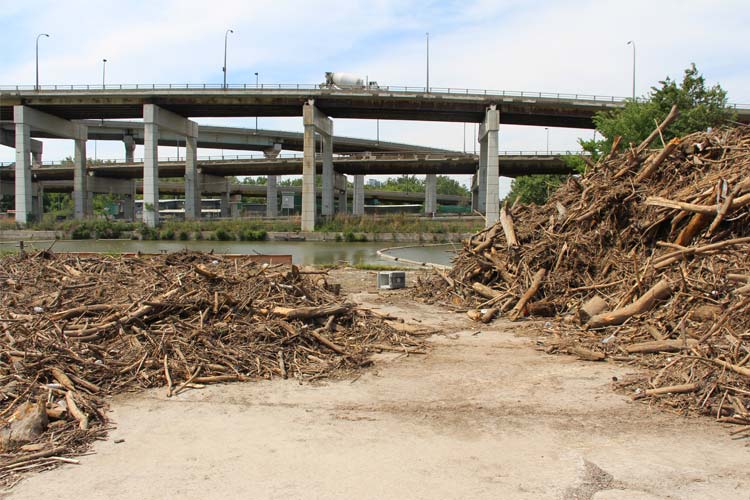 Overall, Rochman and her team collected more than 1,400 pieces of litter weighing 31 kilograms, which included 133 litres of Styrofoam and hundreds of plastic items, such as bottle caps, straws, balls and smaller fragments.

“I thought it was quite a bit considering it's a two-week period buildup,” says Rochman.

The amount of litter collected is just a small sample of what the waste piles contained, but it paints a picture of the harmful items that make their way through Toronto’s waterways.

Though most of the items were the usual suspects – there was one strange surprise, she says.

“It was a perfectly wrapped plastic and fur square and when we uwrapped it and all the animal fur was taken away, it was a beautifully crafted letter in a language we couldn't understand,” she said. “We don't know if it was a love letter for a pet that had died or a kind of offering. It was definitely not your typical find.” 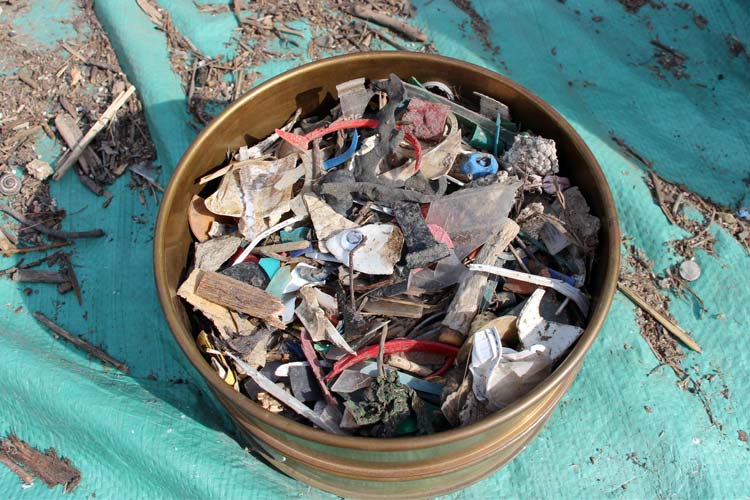 Torontonians are becoming more aware of how their consumption can affect the environment – with groups in the city beginning to take action, lobbying to ban plastics like straws, for example, in bars and restaurants.

And yet, plastic still ends up in Toronto’s waterways, travelling from ravines to rivers and into the Great Lakes, says Rochman.

“These plastic materials that are not caught would go down into the lake and break down into smaller and smaller pieces and become microplastics,” she says. “Little bits of plastic enter into our entire aquatic food chain, and from my research we find they can have impacts on the wildlife that live there.

"For us, it's important to think about how we can stop it.”

The two Don River booms are “pretty good but not perfect” at collecting this plastic debris, says Rochman, but “they're not as effective as they could be.”

Rochman is currently working with Ports Toronto to develop more effective infrastructure to capture the trash coming down the Don River.

For Torontonians looking to play a part in cleaning up Toronto’s waterways, Rochman suggests heading to the Great Canadian Shoreline Cleanup website to start a new initiative or join an existing one. Her group, which she calls the U of T Trash Team, also hosts regular cleanups.