Large trucks are biggest culprits of near-road air pollution: U of T study 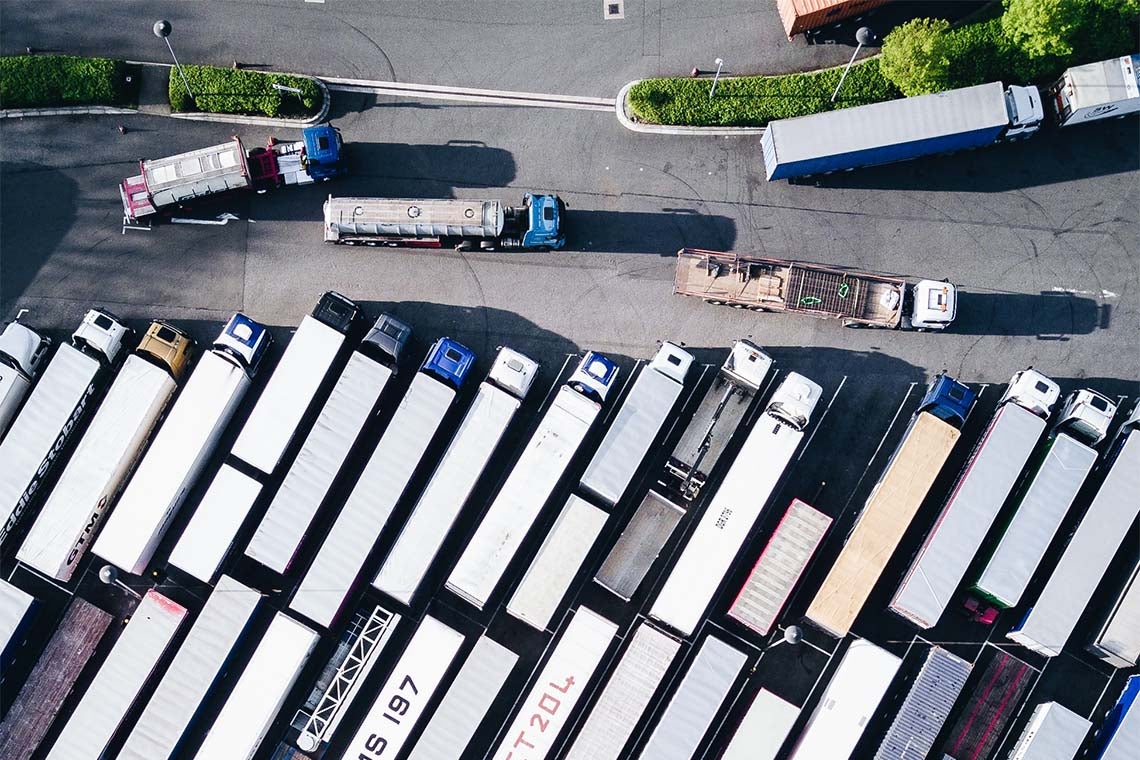 For the 30 per cent of Canadians who live within 500 metres of a major roadway, the  type of vehicles rolling past their homes can matter more than total traffic volume in determining the amount of air pollution they breathe, a new University of Toronto study says.

A two-year study involving researchers at the Faculty of Applied Science & Engineering has revealed large trucks to be the greatest contributors to black carbon emissions close to major roadways. Professor Greg Evans of the department of chemical engineering and applied chemistry hopes the study results get city planners and residents thinking more about the density of trucks, rather than the concentration of vehicle traffic, outside their homes, schools and daycares. The study was recently published in the journal Environmental Science & Technology.

“I’ve been asked by people, ‘We live near a high-traffic area, should we be worried?’ My response is that it’s not so much about how much traffic there is, it’s more about the percentage of trucks, older trucks in particular.” The comprehensive study – led by Evans (pictured right) and collaborators at Environment and Climate Change Canada, and the Ontario Ministry of the Environment, Conservation and Parks, as well as the Metro Vancouver Regional District – involved measuring vehicle emissions near roads in Toronto and Vancouver, including the 401, North America’s busiest stretch of highway.

The difference between emission levels across the sites was more correlated with the number of large trucks on the road rather than number of cars.

Researchers found that air pollution levels right beside a major trucking route within a city were close to levels seen beside Highway 401, despite the road carrying less than one-tenth of the vehicle traffic. “This was in part due to differences in wind and proximity to the road but, surprisingly, the number of vehicles didn’t make that much of a difference,” said Evans.

The data also revealed a significant drop in emissions on the 401 on the weekends, when personal vehicle traffic is still very high, but the volume of large truck traffic is low.

Research consistently links traffic emissions to negative effects on both the environment and human health. “Whether it be cancer, respiratory problems, cardiac problems or neurodegenerative problems, there are numerous adverse health effects associated with the chemicals in these emissions,” said Evans. “If we were able to reduce emission of pollutants like black carbon, we would also see an immediate climate benefit.”

Black carbon – commonly called soot – is a marker for exposure to diesel exhaust which is known to have negative health effects.

Evans points out that modern trucks have made large improvements in their emissions – it’s the older diesel trucks that are the real culprits. “Those big, 18-wheeler diesel trucks last for a long time. We need to push to retrofit these old trucks with better emission treatment systems. Simply retrofitting the worse offending trucks, or getting them off the road, is a tremendous opportunity to improve air quality in our cities.”

The study will be part of a larger report in December that will stress the importance of implementing long-term monitoring of traffic-related air pollution in Canada, and indicating that targeting high-emitting vehicles such as old trucks can provide a path towards improving near-road air quality.

In the meantime, Evans hopes the study gets Canadians thinking about the effects of working, playing and living near truck-related air pollution.

“When a cyclist is riding near a large truck and they see a large plume of soot coming out – it’s important for them to be aware. Although shipping freight and construction by truck are critical to our economy, people need to know about the negative effects. There are ways that we can achieve a better balance.”

The research was supported by Environment and Climate Change Canada and the Canada Foundation for Innovation.