'Land-based' learning online? How one U of T professor reimagined a ground-breaking course amid COVID-19 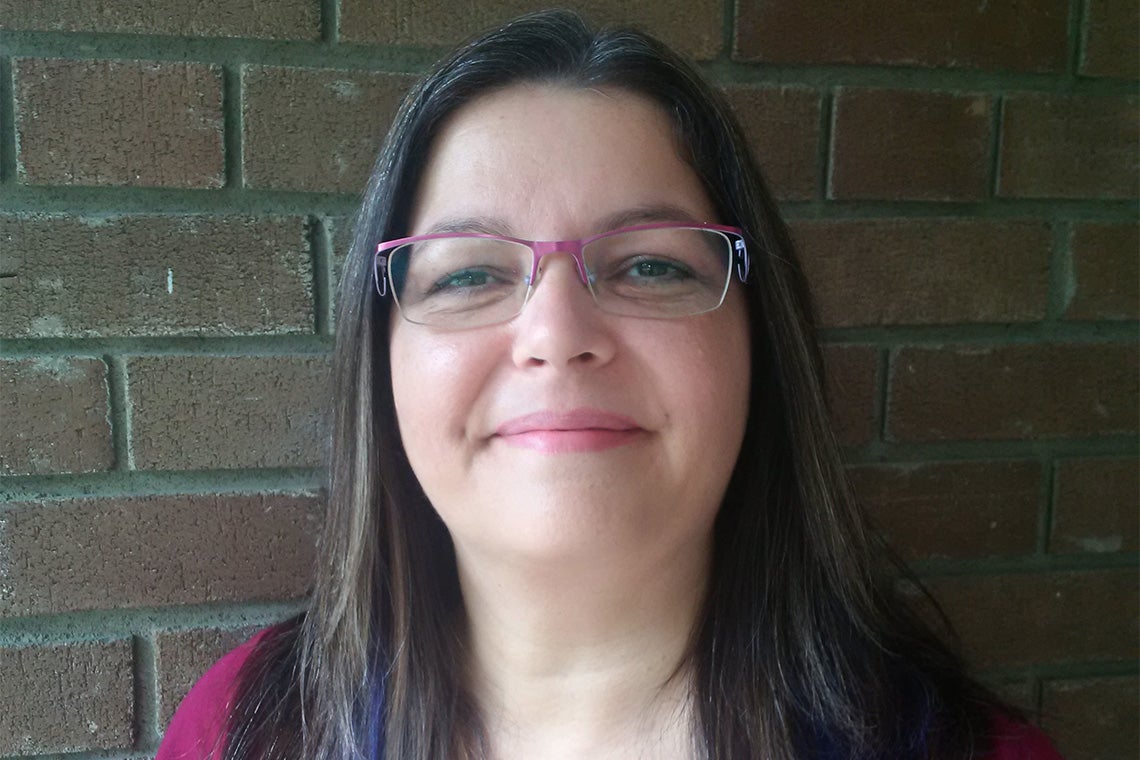 When Angela Mashford-Pringle first learned she might have to put her “land-based” learning course online because of COVID-19, her heart sank. How could a ground-breaking course built around an Indigenous connection with the land be taught remotely?

The assistant professor at the University of Toronto’s Dalla Lana School of Public Health didn’t think it could be done – the course typically involves a week-long stay at Hart House Farm north of Toronto – and, at first, she was adamant that it shouldn’t be.

But her students convinced her to give it a try.

“They asked: What about immune-compromised people or students with kids? I thought about the people who would have to go through COVID-19 to get to me, and why was I doing this to them,” says Mashford-Pringle, who is also associate director of the school’s Waakebiness-Bryce Institute for Indigenous Health.

“I dreamed how to do it, like having a vision. I realized even though they couldn’t go through a medicine walk or start a fire with elders, they could still interact with the land.”

When it was first launched a year ago, the course became U of T’s first exclusively land-based learning opportunity and one of the first in Canada’s to focus on health and the land. Students lived, learned and cooked together at the university’s rural retreat in the Caledon Hills. They participated in nature walks, fire ceremonies and a sweat lodge. The group learned about the importance of the land to Indigenous culture and well-being – and how the removal of that connection through displacements such as residential schooling has profoundly impacted Indigenous people’s health.

But it took just two-and-a-half weeks for Mashford-Pringle to work out a new, online format for the course. What emerged included plenty of holistic, community-building discussion and an increased emphasis on each student’s personal relationship with the land they live on

“I know it was hitting notes with people,” Mashford-Pringle says. “They were asking questions, engaging with things on their own. Here’s something I worked very hard to put on the land and then I had to make it virtual, but it worked.

The course was offered in mid-August to ground students in Indigenous thought before they learn Western methodology. The early learning was also an opportunity for Robyn Lee, an assistant professor of epidemiology at Dalla Lana, to pick up ideas to inform her own teaching in the future.

“I really liked the combination of asynchronous and synchronous lectures, so it wasn’t a full day of non-stop didactic teaching,” says Lee. “Dr. Mashford-Pringle also included sessions led by Indigenous Knowledge Keepers, which gave students the opportunity to really learn and ask questions. She also took the time for detailed introductions, with everyone explaining why they were in the course and what they hoped to gain from it.

“I think that’s something we might miss online, building those connections. She did it incredibly well and it’s something I’d really like to carry over into my courses.”

Lee, who has worked in public health with Inuit communities in the Arctic, saw the course as an opportunity to help make up for the lack of teaching on Indigenous Health in her own formal education – most of her knowledge was learned on the job. The course helped her to better understand why traditional Western approaches to disease reduction might not always work in Indigenous health contexts.

“We often use deficit-based statistics in epidemiology,” which focus on risk or problems, she says. “But this can take away from the positive work communities are doing in reducing the burden of disease, infectious or otherwise. It is important to really emphasize and learn from these strengths when working in public health.”

The lesson was not lost on student Emma Rice, who recently moved to downtown Toronto to start her master of public health degree at the school.

“Land-based learning really is focused on resilience and strength as opposed to just the deficits and the statistics,” says Rice, who hopes to work in Indigenous health policy.

The online course included revamped land-based activities, such as a 30-minute nature walk and the close observation of a tree. The activities helped to situate Rice in her new community.

“It promoted connection to the land we’re on currently,” she says. “There’s an eagle that likes to visit a field near the tree I chose. I found a lot of cicada shells and didn’t realize they shed their shells on trees. It was interesting to see that symbiosis. It’s tied to that idea of ‘all my relations in creation’ – that we all exist together in that space.

“It helped me understand our responsibility to not impose too much on that space.”

Encouraged by the positive feedback, Mashford-Pringle has been discussing the possibility of expanding online teaching in Indigenous health so that Indigenous people from the North and other remote areas can learn without leaving the lands where they live and work.

Building community – an integral part of Indigenous teaching and learning – is easier in person, Mashford-Pringle acknowledges. But keeping the course fewer than 30 students and including casual social opportunities such as group lunches helped the students get to know one another. And the online environment, she discovered, cultivates a very purposeful interaction that can be meaningful.

“On the land, you’re kind of ‘on’ all the time,” she says. “Online, you can choose how you want to engage, and who you’re going to engage with.”