'It is vital we have a say': U of T alumna Leigh Chapman on being named Canada’s chief nursing officer 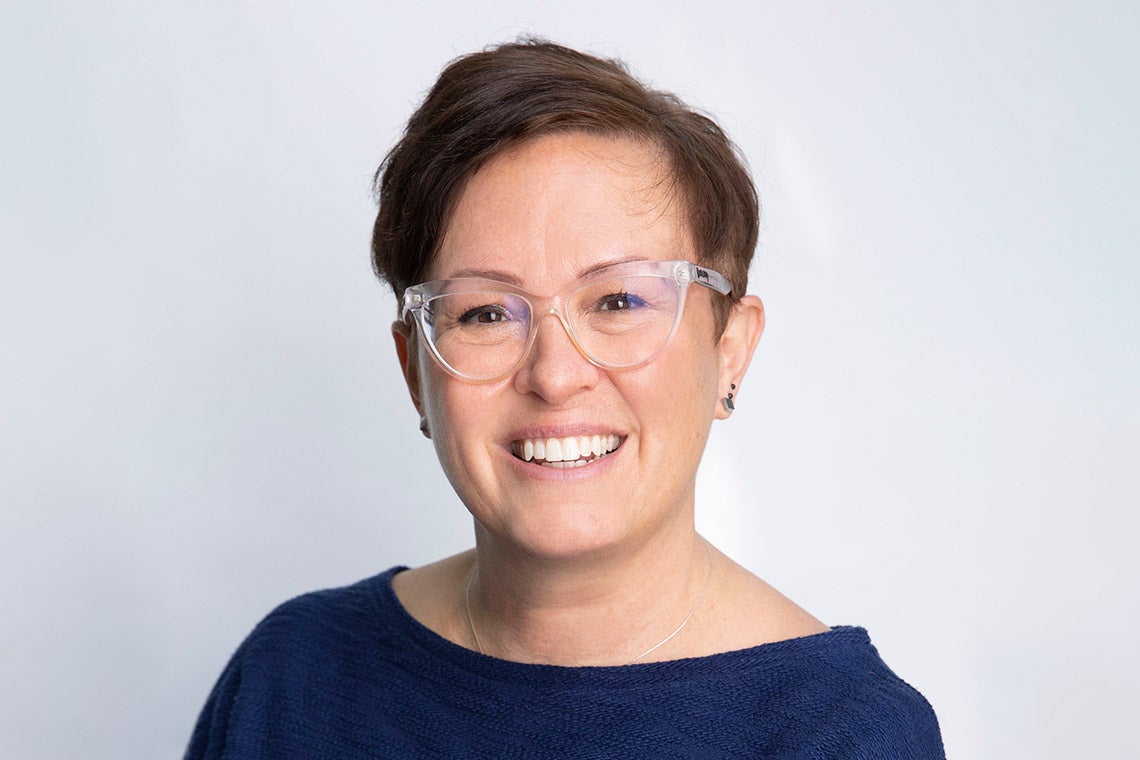 A registered nurse for 19 years, Leigh Chapman says she is keen to deliver on urgent tasks such as nursing retention and recruitment, and the integration of internationally educated nurses into the workforce (photo by Jenna Muirhead)

Leigh Chapman, an alumna of the University of Toronto’s Lawrence S. Bloomberg Faculty of Nursing, was recently named the country’s chief nursing officer (CNO), marking the return of a role that was eliminated more than a decade ago.

The reinstatement of the position at the federal level is being applauded by nurses and nursing organizations across the country since it brings nursing voices and expertise to the forefront of health policy and decision making in health care.

It also comes as Canada grapples with unprecedented challenges in the nursing workforce.

“I am honoured and humbled to have this opportunity to represent nurses at the federal level,” says Chapman who completed her PhD in 2019. “I believe it is critical to have a seat at the table when decisions are being made about our profession and I look forward to working closely with the provinces and territories on addressing our health system challenges.”

The role of the federal chief nursing officer and the Office of Nursing Policy was eliminated in 2011 as part of a deficit reduction plan. With the reinstatement of the role, Chapman says she is hopeful that she will also be able to re-establish confidence in the nursing profession and inspire those who are demoralized by the current difficulties they are facing.

A registered nurse for 19 years, Chapman says she is focused on addressing aspects of health human resource management as she settles into the new role. Describing herself as never one to back down from a challenge, she adds that she is keen to deliver on urgent tasks such as nursing retention and recruitment, and the integration of internationally educated nurses into the workforce. She also seeks to be a stabilizing force for the nursing workforce within the health care system across the provinces and territories.

“There are over 400,000 nurses in four different categories of licensure or registration across the country, more than any other health-care profession,” says Chapman. “It is vital that we have a say in human health resource planning and in our future as a profession.”

Nursing was Chapman’s second degree and one she was drawn to because of the role’s ability to touch people’s lives. Nurses, Chapman believes, make a difference every day, whether at an individual’s bedside or in their family’s lives, in the classroom affecting change for nursing students or in formal leadership positions motivating and inspiring their colleagues.

“Bloomberg Nursing at U of T welcomes Leigh Chapman’s expertise in this important leadership role,” says Linda Johnston, dean of the Lawrence S. Bloomberg Faculty of Nursing. “Her advocacy, previous research and understanding of health policy will be an incredible asset to the nursing workforce and the health of all Canadians.”

While completing her PhD, Chapman experienced a personal tragedy – the death of her brother from an opioid overdose – that led her to become an advocate for harm reduction strategies. Because of her advocacy work, her path to the completion of her PhD would not have been possible without the support of her doctoral advisory committee, she says, who helped expand her thinking, analytical skills and understanding of where and how her research fit within the broader health-care landscape.

“My time at U of T was so effective in instilling confidence in me,” says Chapman. “Most people in graduate education have moments of imposter syndrome, where they wonder if they will actually finish it. I would say that the belief in myself as a leader, as a health policy advocate, was instilled in me by the faculty at Bloomberg Nursing, and it is something I will be taking with me into the CNO role.”

Chapman’s eclectic career path in nursing is something she hopes will inspire other nurses to think more broadly about their impact in the profession and in health care.

“That’s the exciting thing about our profession, there are many things that you can do in nursing,” says Chapman. “Making a difference, being a leader, together we have the ability to change the future of nursing and health care.”