'It never came to feel normal for me': Researcher Kaitlin Schwan is on a mission to end homelessness 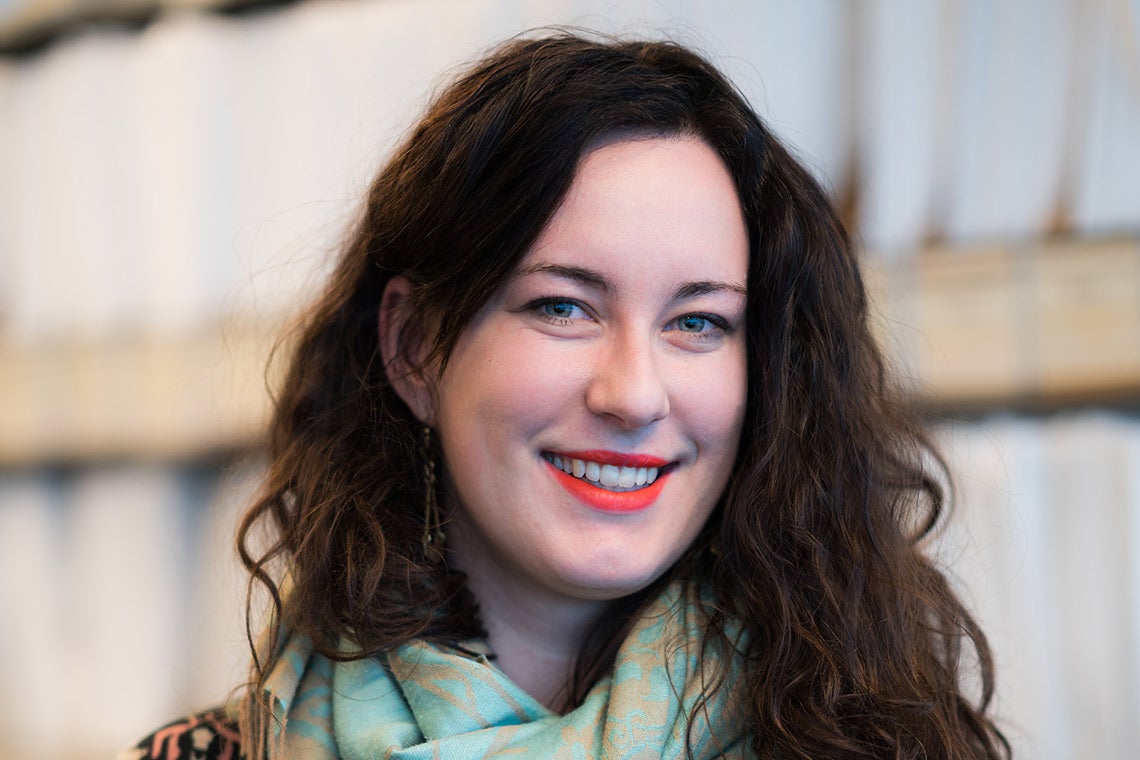 Kaitlin Schwan, who graduated with a PhD in social work in 2016, is executive director at the Women’s National Housing and Homelessness Network and a senior researcher at the Canadian Observatory on Homelessness (photo courtesy of Kaitlin Schwan)

When Kaitlin Schwan was about six years old, she secretly gave her mother’s credit cards to people she encountered living on the streets in Toronto.

“After I saw the realities of homelessness for the first time, I’d lie in bed and think about how painful it must be to have cold, wet feet all day and night,” says Schwan, who grew up in Owen Sound, Ont. and earned a PhD in 2016 from the University of Toronto’s Factor-Inwentash Faculty of Social Work. “I didn’t understand credit cards, but I had a sense that they would help somehow.”

Decades after that act of innocent generosity, Schwan is continuing to help those experiencing homelessness and is now a leading researcher on the topic in Canada. She is the executive director of the Women’s National Housing and Homelessness Network (WNHHN) and a senior researcher at the Canadian Observatory on Homelessness.

“Most children are confused and distressed when they witness homelessness, because kids are deeply empathetic,” says Schwan, who was also recently appointed an assistant professor, status only, at the Factor-Inwentash Faculty of Social Work. “As they get older, they go through a process of socialization where they are taught to understand it as a normal feature of Canadian society. But that normalization didn’t happen for me. It never came to feel normal for me that, in a wealthy nation, people had nowhere safe and warm to live.”

Schwan’s path to her current roles began during her undergraduate degree in women’s studies, when she ran arts-based programs in homeless shelters for youth. “I’d discovered through volunteering that some form of art practice is often central to these young people’s emotional and psychological survival,” she says.

After a master’s degree, where she explored the importance of the arts for unhoused youth, she decided to investigate the broader problem of homelessness from a social work and policy perspective. Her doctoral thesis, supervised by Professor David Hulchanski, traced the history of homelessness in Canada. She credits Hulchanski, the Dr. Chow Yei Ching Chair in Housing, for giving her crucial insight into the political landscape around the subject. “He showed me how policy failures have created and perpetuated homelessness in ways that are deeply unjust and entirely unnecessary,” she says. 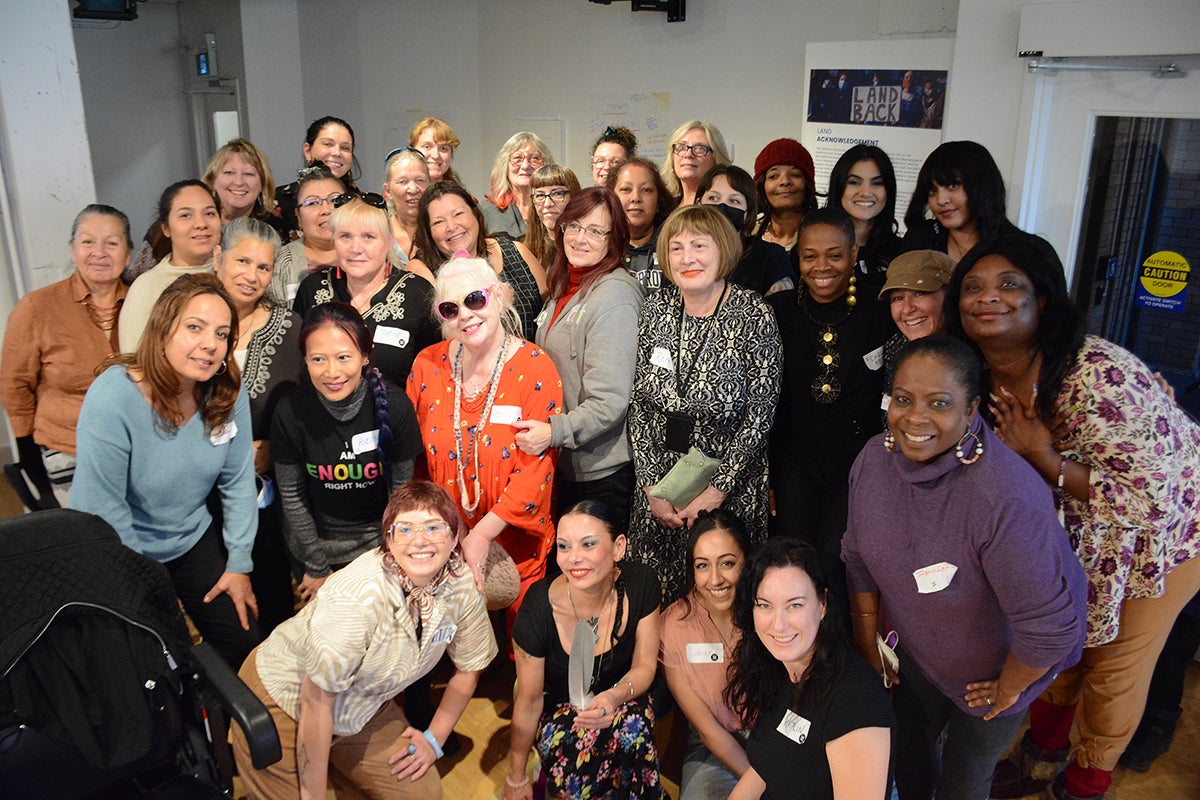 The Women’s National Housing and Homelessness Network attended the national conference of the Canadian Alliance to End Homelessness in Toronto, where they led a symposium (photo courtesy of Kaitlin Schwan)

Schwan also points to her mentor, Professor Faye Mishna, for shaping the way she conducts research. “Because of her, I centre the voices and experiences of people with lived experience,” she says. “The depth of her integrity and ethics were foundational to how I developed as a researcher.”

During her PhD, Schwan became interested in the largely untold stories of women and gender-diverse individuals without adequate housing. “Their experiences are unique in that they often live in situations that we call ‘hidden homelessness,’ such as couch surfing, trading sex for shelter and remaining in abusive relationships because they can’t access housing,” she says.

While Schwan was examining these issues as a scholar, her personal life highlighted their critical necessity. “My sister was dealing with significant violence in her life, and the buffer to that was safe housing. Yet so many women have no door to lock against their abusers,” she says. “This first-hand knowledge collided with my research to reinforce my sense that national change was needed in this area.”

Yet the doctoral program soon inspired Schwan to look beyond Canada to the impact she could make in the international arena. A few years after graduation, she contacted Leilani Farha, then the United Nations special rapporteur on the right to housing, after seeing a documentary on her work. Schwan offered to build a research team for her and Farha agreed. When Farha’s UN term ended, the whole team formed The Shift, an international movement to secure the right to housing, where Schwan was director of research until 2022.

Since taking the helm at the WNHHN earlier this year, Schwan has continued this rights-based approach. She says urgent action on homelessness among women and gender-diverse people is essential, given the current context. “The combination of a public health crisis, a decrease in service provision, an increase in violence against women and the pandemic’s disproportionate negative economic impact on women has produced a very difficult housing situation.”

This summer, the WNHHN submitted two human rights claims in partnership with the National Indigenous Feminist Housing Working Group to the Federal Housing Advocate, who is charged with promoting and protecting the right to housing as a human right (as outlined in the 2019 National Housing Strategy Act).

“We developed the claims in collaboration with a group of about 25 women who have lived, or are living, in situations of homelessness,” says Schwan, noting that people with direct personal experience guide all of the network’s initiatives. In November, the group presented at the national conference of the Canadian Alliance to End Homelessness in Toronto and led a symposium where the Federal Housing Advocate heard deputations from 40 women with lived or living experiences of homelessness.

Schwan said that the participants reported feeling empowered to translate their experiences into policy action. In the next year, Schwan expects that the human rights claims will prompt policy recommendations for the federal minister of housing and diversity and inclusion.

“The depth of my commitment flows from the depth of my care for the women I struggle alongside,” she says. “We know that the solution to homelessness – access to safe, affordable housing – is imminently financially possible in a country with the ninth-largest GDP in the world. This gives me the hope to keep going.”